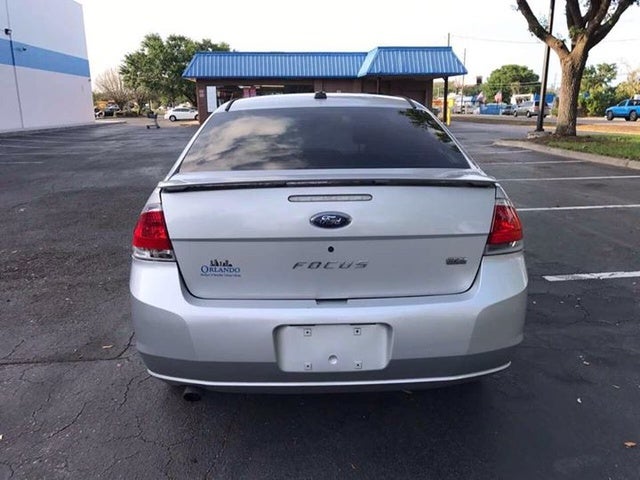 The 2009 Ford Focus gets a much needed re-focusing in both design and handling and deserves “all-rounder” compliments for its dependability and competitive price.

Compared to the Nissan Versa and Honda Civic, the Ford Focus is on the wrong end of style and modernity, despite undergoing minor fashion tweaks that keep the car behind the times and playing catch-up in performance. 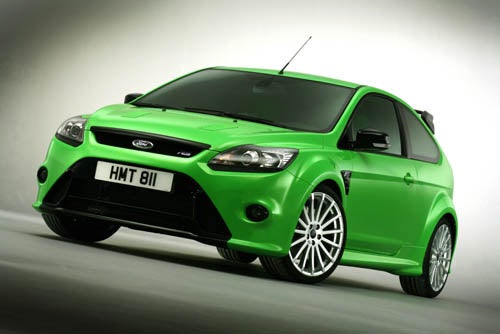 The 2009 Focus can be summed up as high-tech and low-budget and improved, but not enough to grab many bragging rights. The SES coupe and the luxury SEL sedan are the bright spots in its line-up, although to really compete in the gung-ho field of compact cars, the Focus needs more to shout about.

Aside from being unveiled on “American Idol,” the 2009 Ford Focus is a carryover, though as most will admit, its positive exterior design changes mean that on first sight the new version won’t make you wince. Ford presents two trims for the 2009 model that it hopes will attract even more compact-driving Millennials, 11,000 of whom reach driving age each day in the U.S. The Focus coupe is available as the SE and SES. And the sedan comes in S, SE, SES, and the luxury SEL trims. But back to aesthetics.

The omission of the heinous chrome side vent on the 2008 Focus has been loudly applauded. Other changes include a revised front end with a larger, rounder lower bumper, accented headlights (standard across the lineup) with flanking foglamps that are better integrated into the body, and the two-bar grille's new dark, almost bronzed look, rather than bright chrome. Gone is the SVT hatchback. Other updates: On the SES coupe, the five-speed manual version of the two-door gets 3 extra hp, giving it a galloping 143. This and a throatier exhaust note, as well as new front and rear fascias, a new roof spoiler, and standard 17-inch aluminum wheels, help the SES coupe fulfill its role in the pantheon of Focus models as the sportiest of them all. Stability control is now also an option across the line-up. Small, economical, and fun, the 2009 Ford Focus is a smart choice for those looking for a compact car that offers the option of luxury and a little kick. 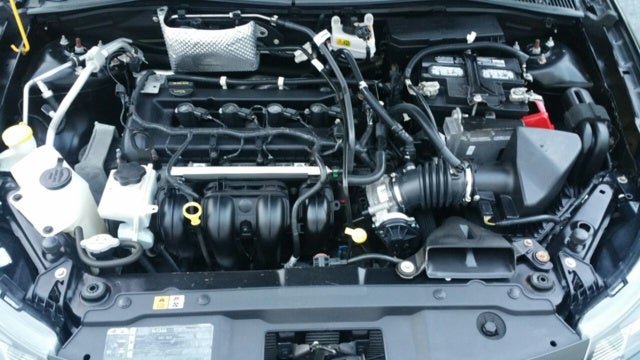 What makes the Focus beat is its Mazda-designed 140-hp, 2.0-liter inline four-cylinder engine, which is available with a five-speed manual or four-speed automatic transmission. The 2.0-liter generates 136 lb-ft and posts an EPA fuel economy rating of 24/35 mpg on regular unleaded. The SES coupe with a four-speed automatic transmission will have a new 4.20:1 final drive ratio to improve its off-the-line acceleration. Also available is a super-clean, 130-horsepower Duratec 20E engine that qualifies the Focus as a Partial Zero Emissions Vehicle (PZEV). The 20E's tailpipe emissions are cleaner than some hybrid gas-electric vehicles'. Its 0-60 comes in under 7 seconds, and its cruising range is 378 miles, or in other words, Boston, MA, to College Park, MD. 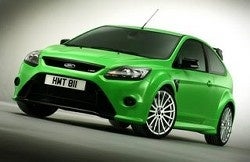 This restyled ride gets good grades on its handling and road holding. With its automatic transmission, the 2009 has just adequate power for highway merging or ascending long grades. The automatic provides timely downshifts for better passing safety or taking evasive action. Manual-transmission models feel snappier, with better performance overall. But power, or lack thereof, remains a deficiency. The SES sedan's standard sport suspension and 16-inch tires give a firm but compliant ride. SES coupes have 17-inch wheels, but are only slightly firmer.

Sedans have communicative steering and decent grip in fast turns. At highway speeds, though, they are subject to gusty crosswind wander. SES coupes are sportier, with better grip and balance overall. Braking on all is stable, but pedal feel is average. Road rumble is marked, and the tires thump over expansion joints. The engine sounds coarse during acceleration, but quiets down while cruising. The persistent road and engine noise drown out whatever tire thrum there might be, if that’s any consolation.

A well-arranged dashboard has mostly intuitive and handy controls. The gauges for the most part are clear, but they can be hard to read in changing lighting conditions. A new option for 2009 is electronic stability control (ESC), which uses sophisticated sensors and the antilock braking system to help correct skids that can lead to accidents.

Moving from outside in, the materials used in the 2009 Focus disappoint. The dashboard on the SES model is dominated by dull, silvery plastic trim, which reeks of cost cutting. Even the available leather trim looks low grade. Legroom is quite good for the class, and headroom is outstanding in models that don't have the sunroof and good in the ones that do. Seats are generally supportive, though for some too flat for ideal long-distance comfort. Large door openings ease entry and exit. Headroom and legroom in the sedan are decent for the class. In the coupe, smaller adults will fit in the back for short trips.

Entry and exit in two-door models is difficult, as the front seats awkwardly slide forward. The cargo area is usefully shaped, but the subwoofer used by the optional audio system cuts into cargo room. Interior storage is merely okay. The glovebox is skimpy, as are the front-door map pockets. The center console storage bin is deep, but its opening is small. One option best left unticked is the ambient interior lighting, which allows the driver to select the color of footwell and cup-holder lighting. This option would be tacky in a limousine.

Next is the SES model, which has options - and recommendations - similar to those for the SE trim level. The top-of-the-line SEL includes chrome door handles and mirrors, Sync, and leather-trimmed heated seats as standard. When offered as an option, the leather-trimmed seats aren’t that expensive, but there are vinyl interiors that look better than the Focus’s leather. One unique feature sets the car apart: Ford's Sync system. Developed in conjunction with Microsoft, this system allows one to operate devices such as a cell phone, PDA and MP3 player via voice commands. All models get a 60/40-split folding rear bench.

Ford has always put safety first. For the 2009 Focus, passenger security is, as usual, top of mind. With the optional electronic stability system offered on all models, the car’s driving dynamics are greatly enhanced. Safety features that come standard consist of dual-stage front airbags; torso-protecting, seat-mounted front side airbags; head-protecting side curtain airbags; a tire pressure monitor; and LATCH-style child seat anchors. Four-wheel antilock brakes with traction control are optional for all models. In NHTSA crash tests, the 2009 receives 5 stars for its frontal crash testings for both driver and passenger, three stars in its side crash testings, again, for driver and passenger, and four stars for its rollover resistance ratings. Overall, Ford’s 4-out-of-5-star rating by the NHTSA means this small car can take a hit and still save lives.

Among Focus owners, good bang for your buck is the common theme, coming from people who are downsizing to the luxury SEL or college students zipping around in the S. The sporty SES is a spicy ride and handles true to its billing. This machine has owners dropping superlatives for the ’09’s mpg, its Sync system, its comfort, and for the fact that Ford’s all-around performance has put the fun back into the compact class. Complaints fall into a number of categories including “too slow,” “poor design,” “awkward cupholders,” and “cheap interior.” But the in the big picture, the 2009 Ford Focus aces fuel efficiency and flunks performance power.

Users ranked 2009 Ford Focus against other cars which they drove/owned. Each ranking was based on 9 categories. Here is the summary of top rankings.

Have you driven a 2009 Ford Focus?
Rank This Car

Hi guys, i have a Ford Focus MK2 2009 1.6 and today all of a sudden the speaker decided to stop working. The user tweeter speakers are working and can hear the sound but unable to hear anything on t...

I need a driver side FOLDING mirror for my 2009 Ford Focus SEL. Ford does not make such a thing. Is there another folding mirror that will fit my? It doesn't need to be power, all it needs to do ...

how can i get my car to start

What's Wrong How Do I Fix.

Car Starts All By Intself After Key Pulled From Ignition

My daughters 2009 Ford Focus starts all by itself after the key has been turned off and pulled out WTH could cause that ?