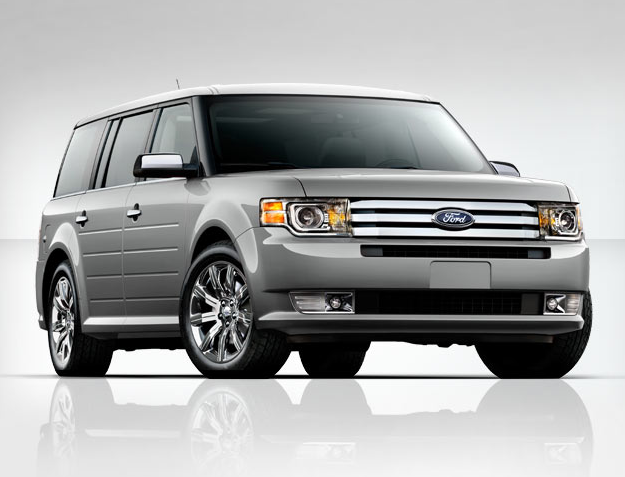 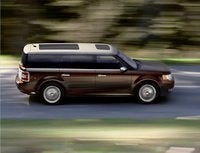 Average user score
4.5 ⁄ 5 stars
Based on 24 reviews
Haul The Clan In Limo-style! by don663 — 7.18/13 Update: We've hit 85,000 miles on the car. It is still a joy to drive, but is starting to show its use (and abuse). Quality throughout is still a positive, although we have had issues with wea... Read More
2009 Ford Flex - Flexability by Flexer — I have recently gotten rid of my 2008 Ford F150, and purchased a 2009 Ford Flex. I was very worried about this transition until I drove home in it. The apperance on the outside is cutting edge and uni... Read More
Most Versatile Car We've Ever Had by brecknridge — We absolutely loved this car. Although we are downsizing right now, I'm sure we'll be purchasing another Flex in a few years. My husband and I both loved being able to drive several others when we t... Read More 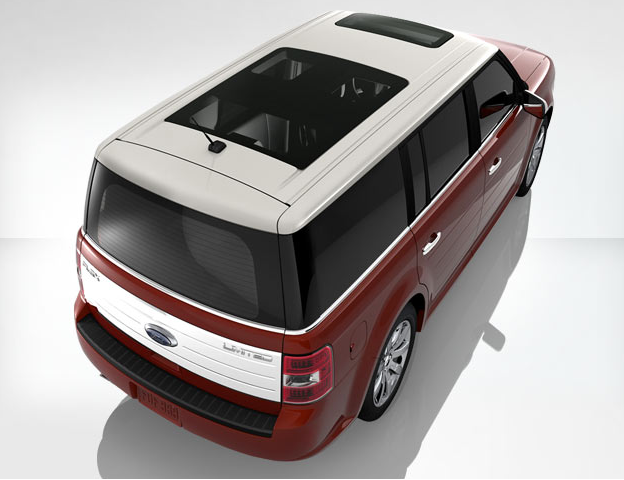 Arriving in the summer of 2008, the 2009 Ford Flex stays true to the 2005 Fairlane concept on which it's based. Built on a MAZDA6 platform, the full-size, seven-passenger crossover represents Ford's replacement for its minivan lineup. Resembling an elongated MINI, even down to the choice of a white or silver roof, the boxy shape enhances interior space and visibility.

Longer, wider, and with more unique styling than the Taurus X, the 2009 Flex seats seven in three rows. Both rear rows fold flat, and optional captain's chairs for the second row tumble forward and come with their own footrests. Its 202 inches makes it longer than the Chevrolet Tahoe, and its 3.5-liter, 265-hp V6 engine and 6-speed automatic can tow up to 4100 pounds. It is likely that Ford's new 320-hp Twin-Force V6 may be an optional engine in the future. The Flex comes standard as a rear-wheel drive crossover, but will also offer an on-demand AWD version.

Available trims include SE, SEL, Limited, and probably a luxury Lincoln in 2009. All will feature 18-inch wheels, ABS brakes, dual front side and curtain airbags for all rows, and stability control. Some unique options include a three panel Vista sunroof (one for each row), programmable interior lighting, keypad entry, a refrigerator that actively cools down beverages, and the Microsoft-developed Ford Sync system that integrates media devices and includes a hard drive. Blending old and new, the retro shape of the 2009 Flex carries over to the inside, with tweed upholstery in base models. Though getting buzzcuts and wearing poodle skirts is not a requirement for families, it wouldn't surprise us to one day see wood-paneled doors make a comeback.

GuruZYTTZ Have used our flex for many long road trips over the years, many up to 700+ miles in one day. Trips have included two golden retrievers and luggage. Found it to be one of the best road cars I have ever owned

Users ranked 2009 Ford Flex against other cars which they drove/owned. Each ranking was based on 9 categories. Here is the summary of top rankings.

Have you driven a 2009 Ford Flex?
Rank This Car

How Good Is The Ford Flex

Car started overheating about a month ago. Come to find out the fan was not running. Fuse checked out ok so I replaced the fan module. Worked for about a day then fan stopped working again. I figu...

My 09 Ford Flex sometimes NOT all the time jerks when I put in reverse or if I’m driving all day over 5 hours it will not go into gear ( rev up but not move) What is the cause? Anyone else had thi...