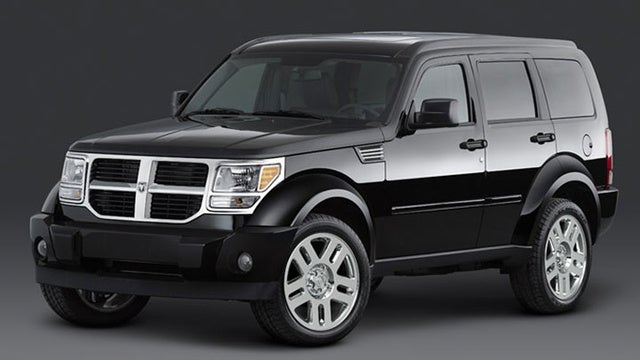 Those who enjoy rugged looks, decent value, and a capable all-weather vehicle around town will appreciate the 2009 Dodge Nitro. For a superior ride, refinement, and overall utility, however, the Nitro lags far behind most of its competitors.

Essentially a carryover from 2008, the Dodge Nitro for 2009 receives several updates that indicate Dodge listens to its customers. Floormats, a rear dome lamp, an automatic transmission (no more manual tranny), and auto-unlock doors are all standard for ’09. Addressing a common complaint from owners of the ’08 Nitro, the ’09 Nitro lineup offers a re-tuned suspension for better handing as well. A tweaked muffler for the 4.0-liter V6, a heavy-duty trailer tow package, and improvements in the four-wheel disc brakes are also offered for the ’09 Dodge Nitro.

The Nitro arrives in three trim levels for 2009: SE, SLT, and R/T. All trims are available in two- or four-wheel-drive configurations. The base SE replaces the SXT for ’09, and the R/T trim is a brand-new trim that comes with the 4.0-liter V6, standard, and a five-speed overdrive transmission.

Most professional reviewers find the unique, boxy exterior of the Nitro a distinctive presence in the small SUV market, though it’s a bit too aerodynamically challenged for some. Best-in-class, 5,000-pound towing capability and a throatier engine growl justify the ’09 Nitro’s aggressive looks. Essentially a Jeep Liberty on steroids, the Nitro looks like a truck and, in the opinion of many reviewers, rides like one as well. Most reviewers find the Chevy Traverse, Honda Pilot, GMC Acadia, and Mazda CX-9 ought to be considered ahead of the Nitro. 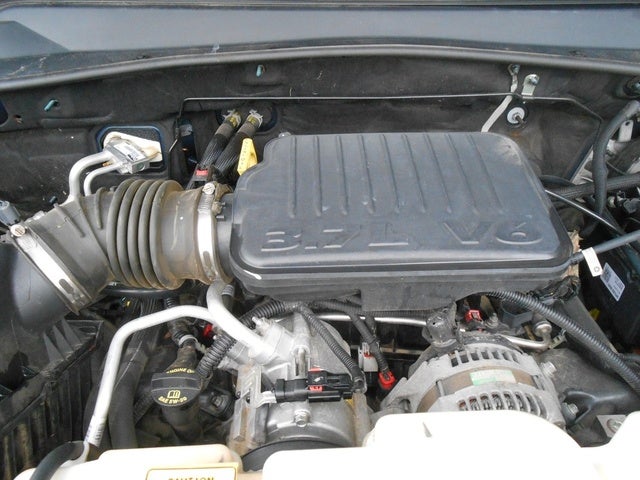 Many professional reviewers find the 4.0-liter engine perfectly adequate around town and up to the challenge of handling its 5,000-pound towing capacity. The new muffler system for the ’09 Nitro has this powerplant sounding right, as well. The 3.7-liter V6 is noted by most reviewers as just a tad weak for an SUV. In addition, this lackluster engine simply doesn’t provide the fuel efficiency owners would expect.

A front independent suspension and a five-link rear solid axle with coil springs supports the 2009 Dodge Nitro, but even with some tinkering, ride quality still impresses few professional reviewers. Four-wheel disc brakes across the line give the Nitro the stopping power it needs when tooling around town, and that’s where many reviewers feel the Nitro belongs, on- rather than off-road.

Most reviewers find the truck-like frame of the Nitro not exactly passenger-friendly on bumpy roads. Combine that with a lack of responsiveness in steering, and more than a little body lean in corners, and the consensus is that overall ride quality in the Nitro needs further improvement.

Options for the SE and SLT include, besides the 4.0-liter engine and five-speed automatic transmission, 17- and 20-inch wheels, respectively, upgraded upholstery and entertainment features, as well as a heavy-duty trailer hitch. SLT and R/T may be equipped with a power sunroof, UConnect hands-free communications with Bluetooth technology, a 6-CD/MP3 player with eight amplified speakers and subwoofer, remote start, a touch-screen DVD navigation screen, and the ParkSense rear backup warning system.

Most reviewers find the standard comfort and convenience features, though plentiful, not up to the standards of the Nitro’s competition. Much of the interior design and material has been described as sub-par, a somewhat common complaint across the Dodge model lineup.

The National Highway Traffic and Safety Administration (NHTSA) awarded the 2009 Nitro five stars in front and side impact testing. Because of its rather obvious high center of gravity, however, the Nitro gathered only three stars in rollover tests. The Insurance Institute for Highway Safety (IIHS) judged the ’09 Nitro Good – its highest rating – in front-impact tests, and Marginal – its second-highest rating – in side impact testing.

Owners of the 2009 Dodge Nitro are, by and large, pleased with the rugged styling and relatively high stance of this small SUV. Its size is found ideal for city driving, and its truck-like frame is appreciated for giving the Nitro a solid feel on the road.

Many owners note, however, that the ’09 Nitro gives a harsh ride when off the beaten path and that gas mileage could be vastly improved. Other owner complaints include a sub-standard sound system, less-than-ideal placement of the outside mirrors, a disappointing lack of performance and power from the 3.7-liter V6, and a few issues with reliability and customer service.

Despite its noted shortcomings, virtually all owners are more than satisfied with the 2009 Dodge Nitro, praising its cargo space, family-friendly roominess, 4WD capabilities, and overall value. At least one owner touts the ’09 Nitro as Dodge’s “best vehicle ever.”

Have you driven a 2009 Dodge Nitro?
Rank This Car

What Are The Measurements Of The Tires Of The Dodge Nitro 2009?

Hit Air Only Blows On Passenger Side Of Truck

Hot air blowing only on passenger side