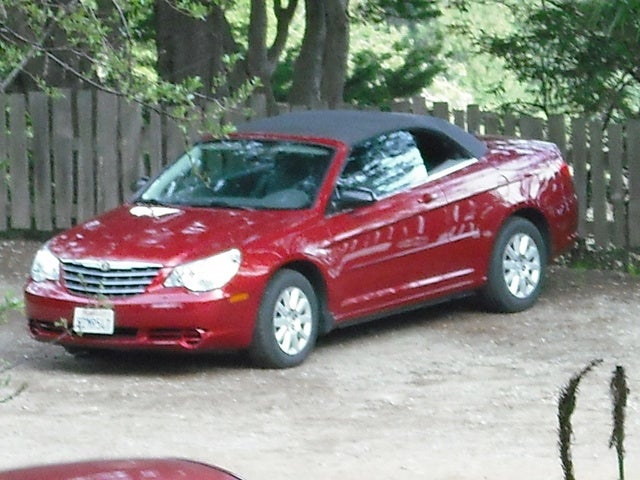 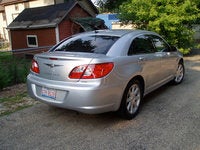 The Sebring's smooth ride, classic looks, and plentiful interior space all add up to a great overall package in a competitive midsize sedan.

A miniscule trunk and structural instability in Sebring Convertibles make people shy away from what could be a pleasant option for top-down driving, and interior materials leave many feeling cold.

The Sebring is simply one of the safest cars you can drive, and overall a good choice in the midsize market. If it’s top-down fun you’re looking for, opt for the 3.5-liter engine and don’t expect much trunk space.

The Chrysler Sebring, available as a four-door front-wheel-drive sedan or a two-door front-wheel-drive convertible, has always been a popular choice in the midsize market. With speculation that major changes are ahead, perhaps as early as 2010, it’d be easy to dismiss the 2009 Sebring. This however, would be doing a major disservice to a car that has been rated as the safest in its class, and a fun car to drive besides.

For 2009, the all-wheel-drive option previously available has been deleted, as well as the power convertible top that was standard in the base trim last year. 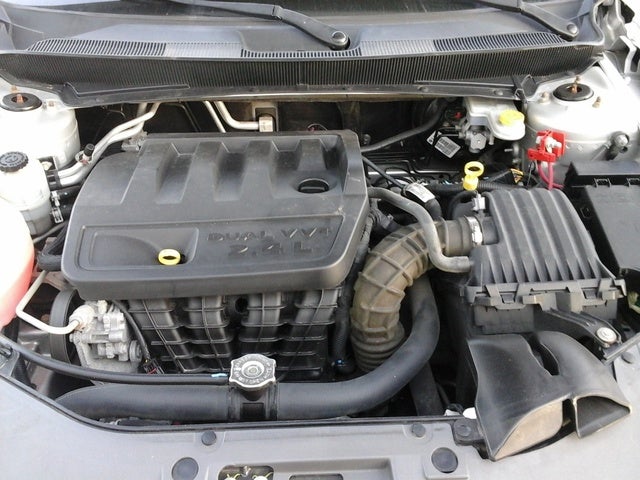 The 3.5-liter comes with a six-speed automatic transmission with Chrysler’s Autostick manual shifting, while the remaining two powerplants are mated to a four-speed automatic.

Fuel economy is impressive, with the four-cylinder achieving numbers of 21/30 mpg, while the 2.7-liter V6 will do 18/26 on regular gasoline and 12/19 on E85, shedding 1 mpg in convertible form. Quite impressive is the 3.5-liter V6, which still shows with 16/27, despite more than adequate horsepower and torque figures. All models are front-wheel drive, with all-wheel drive no longer offered, as previously mentioned.

Whereas many in the midsize class have focused their suspensions on crisp handling, almost to a fault, the Sebring is more concerned with providing a comfortable ride for the long haul, making sure that driving it is never a tiring experience.

Impressive interior space provides adequate room for all five passengers, although of the four passengers the convertible will fit, adults in the back seat will feel confined. Interior materials have left many feeling cold, although design, fit, and finish are all above average for the class.

Particular criticism has focused on the fake wood used in the console and the "leather" used in the bucket seats, which has been described as close to "an old naugahyde jacket." Gauge faces have been a favorite among consumers, with a visible white face during the day dimming to a pleasing blue when the sun goes down. Watch for small side-view mirrors, which have been described as slightly less than adequate.

The available rear-seat DVD entertainment system as well as the MyGig audio system set the Sebring apart from its competitors and have both received praise from reviewers and owners alike.

The Sebring was notable for being the safest car in its class in 2008, and ratings for 2009 haven’t faltered; it earned five stars in every category from the NHTSA. All trims come with four-wheel antilock brakes and traction control; front, side impact, and side curtain airbags in both first and second rows; and low tire pressure indicators.

The Sebring's sleek styling and impressive handling have been marred by limited trunk space, especially in the Convertible. Cowl shake and general instability have also been noted in the Convertible, which is decidedly anemic without the optional 3.5-liter. Many have complained about the interior, described as cold, hard, and unwelcoming.

What's your take on the 2009 Chrysler Sebring?

Have you driven a 2009 Chrysler Sebring?
Rank This Car

Chrysler Sebring 2009 top want work. switch to go down it try's to work, switch to go up nothing works no sound. top latch does nothing

Christlier Sebring 2009 Jnterior Over Headlights Wont Go Off While Driving

how to turn off enterior lights

Oh let's see. My car has been stalling on me for a while now probably a year plus. It only stalls when idle or at a red light or stop sign. Sometimes my car does not want to accelerate past 60mph ...

Convertible Top Wont Go Up Or Down

Car Stalls When Hitting A Bump

My 2009 chrysler sebring stalls when hitting a bump,its like it just shuts off,it will start right back up and run fine until I hit another bump.