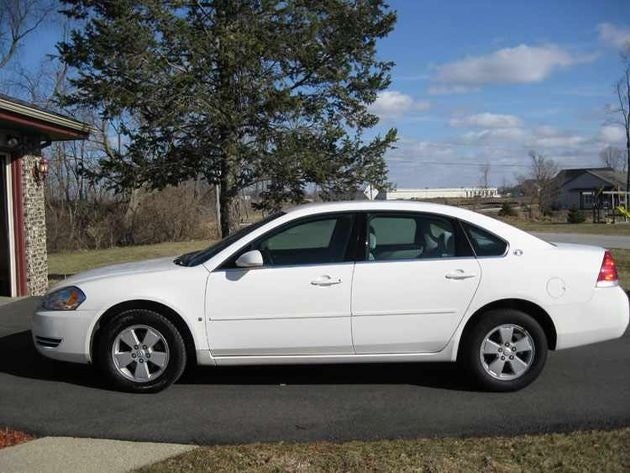 With all 2009 Chevrolet Impalas getting standard traction control, antilock brakes, side-impact airbags, and a wireless cell-phone link, there are a lot of reasons to consider buying American.

Given all the great things about the Impala, with all the improvements made both for 2009 and in the recent past, we have to wonder why Chevrolet hasn’t redesigned its interior yet. 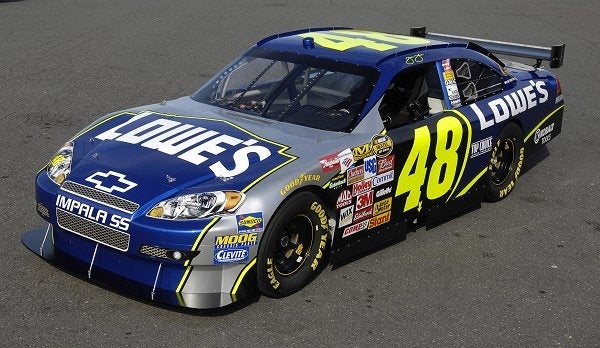 Its look is right, its size is right, its suspension and engine options are stellar, and its fuel efficiency is even tolerable. With the V8, it even hearkens back to a time when big power just might have been hiding under the hood of mom’s car. With a visual refresh both inside and out, the 2009 Chevrolet Impala could surprise a lot of people.

The 2009 Chevrolet Impala, the big brother of Chevy’s other midsize sedan, the Malibu, gets only minor changes this year, including standard traction control, antilock brakes, and side-impact airbags. Additionally, all but the base trim will be fitted with a wireless cell-phone link, the feature du jour.

In production at one time or another for the past fifty years, the Impala has been a rear-wheel-drive powerhouse, a marquee full-size model, and a counter-culture symbol. With the model still holding records, including both single-year sales and overall full-size sales, it's no shock that the Impala continues to pop up in showrooms.

In 2000, the Impala replaced the Lumina as a front-wheel-drive full-size for Chevy, and it has since been redesigned several times, the latest being for the 2006 year. Since then the Impala has been produced on GM's W platform, shared by the Buick LaCrosse. 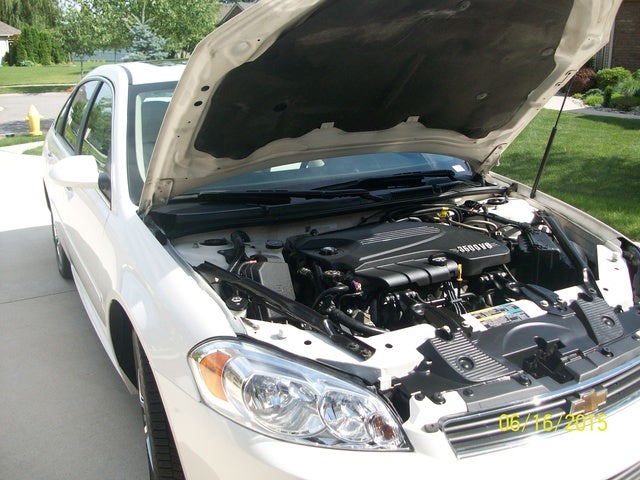 Three engines and one transmission are available across the four trims of the Chevrolet Impala. Standard in the LS and LT trims is a 3.5-liter, 211-hp V6, while optional for the LT and standard in the LTZ is a 3.9-liter, 233-hp V6, both of which are E85 friendly.

While the 3.5 has ample power for most situations, it can labor slightly when passing in third gear, something you won’t experience with the 3.9, and won’t even consider as a possibility with the 5.3. All three engines can be loud, but pleasantly so. When pushing the sixes, you’ll be rewarded with an aggressively pleasing crescendo of sound and fury, but the V8 gives the real performance, with a resounding bass at idle and cruise that hints at the snarling rumble with which you’ll be rewarded when pushing ever higher toward its 5,600 RPM redline. 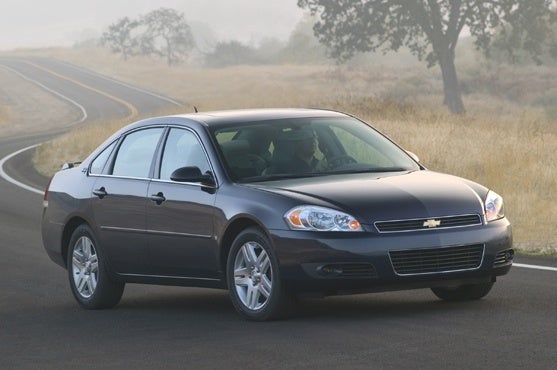 All Impala trims handle quite well, with quick response and precise steering, especially in the SS, but it must be remembered that these are larger cars, and none will feel like a two-door sports car. Handling improves with direct proportionality to wheel size as you go up through 16-, 17-, and 18-inch options, the last of which comes on the SS with the sport suspension, whose ride is surprisingly subdued and smooth. You will feel some float and wallow with the 16-inch wheels, but the improvement is dramatic as you upgrade to 17 and 18 inchers. 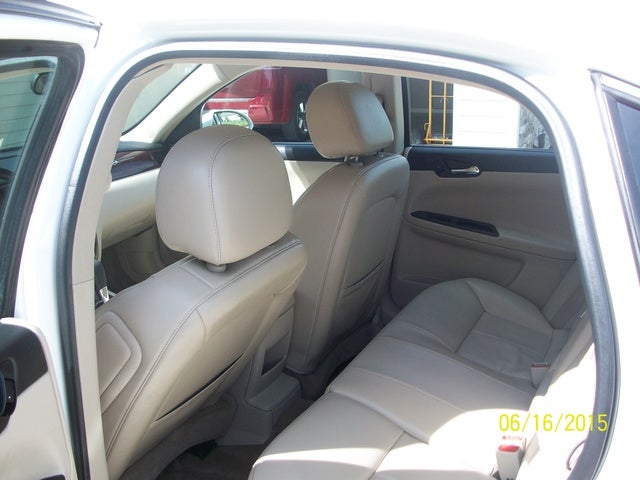 There’s good news and bad news. First, the controls and gauges are well-placed, easy to read, and intuitive to use. There’s plenty of space inside for both head and legs up front, with slightly less in the back, and the trunk is spacious, although hampered by an inconvenient opening. The bad news is that everything just looks cheap, and not just cheap for the Impala, but cheap in general. When considering the Impala’s competitors, like the Nissan Maxima or Chrysler 300, it looks especially paltry in comparison.

The optional bench seat up front has been described kindly as uncomfortable for anything other than trips to the store, and pretentions of three-abreast seating in either front or back are just that. Expect road, wind, and tire noise to permeate the cabin, but this can always be combated with slight pressure applied to the pedal on the right. Rear pillars impede visibility, but only marginally. A sport suspension and leather heated front seats come standard on the LTZ, while SS models enjoy a more aggressive sport suspension and trim as well as 18-inch wheels. 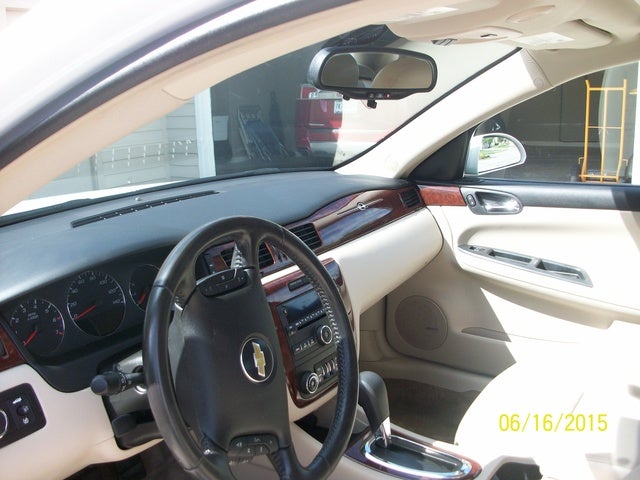 Standard safety features include dual front, side, and curtain airbags, four-wheel antilock disc brakes, a tire pressure monitor, daytime running lights, and an emergency interior trunk lid release. LTs equipped with the 3.9 and up additionally get an anti-skid system.

NHTSA tests scored the Impala at five stars for front impacts involving both the driver and passenger, and four stars for rollover resistance.

There’s no end to the complaints heard about the Impala's interior fit and finish, and despite claims of it being able to seat six, most realize that’s a lofty goal at best. Still, this is widely overshadowed by praise for the Impala’s engines, suspension, look, and space. Perhaps more important, with NASCAR's introduction of the "Car of Tomorrow," the Impala became the only Chevrolet to grace the circuit, replacing the previously successful Monte Carlo.

What's your take on the 2009 Chevrolet Impala?

Shaggy10_4_14 I have an old police impala. I love it but can't get the title. Previous owner can not be located. So I'm in search for a donor one that needs a motor and or trans that has a title.

Users ranked 2009 Chevrolet Impala against other cars which they drove/owned. Each ranking was based on 9 categories. Here is the summary of top rankings.

Have you driven a 2009 Chevrolet Impala?
Rank This Car

36 views with 2 answers (last answer about a month ago)

2009 Chevy Impala is stuck in drive. Put it in park an it still tries to go forward. Same with reverse an neutral. No check engine light and the key will still turn the car off and come out.

I have a 2009 chevy impala lt 3.5l when i start the car and put it in drive it goes but once i come to a complete stop at a light or stop sign it won't move(no drive and no reverse) just revs up i...

Is My Transmission Out Or Other Problem

my car will not go in drive or 3rd but will in 2nd and 1st and in reverse. It reads no codes and did not have any symptoms prior to this what could be the problem. The ca was running fine then yest...

why did the traction control light come on then it started running bad. Started it up today and everything is fine any thoughts. Can it leave me stranded.