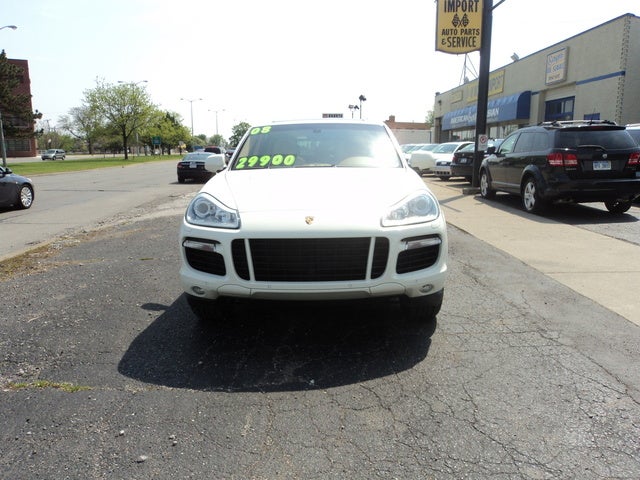 The Porsche Cayenne receives a bump in power for 2008, as well as some minor styling upgrades that make the sporty SUV more aerodynamic and more fuel-efficient.

The 2008 Cayenne is available with a choice of three engines. The base 3.6-liter V6 gets a goose of 43 horsepower, to 290 horsepower, which drives the vehicle from 0 to 60 more than a second faster than the engine it replaces, while the new 4.8-liter V8 (available on the S trim package) receives a boost of 45 horsepower, to 385 horsepower. At the top of the heap is a twin-turbocharged V8, which produces a whopping 500 horsepower, up 50 horsepower from the previous year.

Porsche achieved these boosts in power via direct injection (on all three engines) and variable valve timing (on the V8 engines). The direct injection, by the way, also helps make the engines more fuel-efficient.

Exterior changes are subtle and include a revised front end, which helps improve aerodynamics, as well as new headlights and taillights and a new rear spoiler. All-wheel drive is standard across the line.

The 2008 Cayenne also gets more powerful brakes, and such new features as the Porsche Dynamic Chassis Control system, which helps keep the vehicle level during hard cornering. And with all that additional power under the hood, you might be using that new leveling system more than you think.

What's your take on the 2008 Porsche Cayenne?

Users ranked 2008 Porsche Cayenne against other cars which they drove/owned. Each ranking was based on 9 categories. Here is the summary of top rankings.

Have you driven a 2008 Porsche Cayenne?
Rank This Car

Will Porsche Come Out With A Baby Cayenne?

wonder if porsche will come out with a baby (smaller) cayenne

I Have A Porche Cayenne S 2008. In The Morning My Truck Starts With No Prob...

It seems that it does not want to start when hot. I changed batterie,spark plugs. And cleaned fuel injection

I tried to drive my Porsche cayenne today and i had a problem in the break When its in the parking position i can feel the air in the break when i press the pad and its normal But when i put it in ...

431 views with 6 answers (last answer about a year ago)

I Have A 2008 Porsche Cayenne That Want Start Because It Says Ignition Faul...

Im storing the car for 2.5 months and was wondering if I should disconnect the battery? If so, is there a simpler way to disconnect it? It seems really complicated.