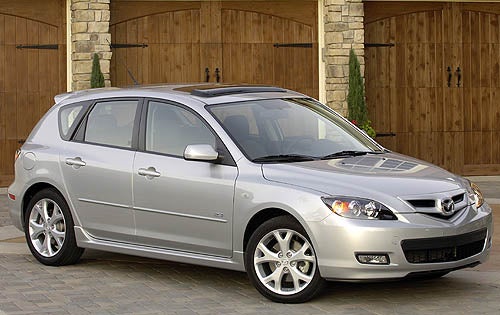 Users ranked 2008 Mazda MAZDA3 against other cars which they drove/owned. Each ranking was based on 9 categories. Here is the summary of top rankings.

Have you driven a 2008 Mazda MAZDA3?
Rank This Car

I love the comfort of the interior, the seats molds around your body. It has a lot of nice features that I was looking for, sunroof, keyless entry,,heater seats and a great Bose stereo that blows your... Read More

After researching and test driving the Honda Civic, Toyota Corolla SE and Mazda 3 AWD...I purchased this Mazda 3 AWD, because, I believe it has superior looks ( beautiful exterior design), much better... Read More

This 2020 Mazda 3 hatchback is the prefect mix of luxury and aggressive styling. You cant go wrong with a Mazda Read More

Gorgeous car. Would be better with a moon/sun roof. Read More

You feel like you bought a car that’s worth at least twice as much. Amazing. Read More

I love this Mazda! Im giving it a 4, though, as the USBs are underpowered so they barely charge the phone, which is true of all these year Mazdas, nor does it have GPS navigation. There is an upgrade ... Read More