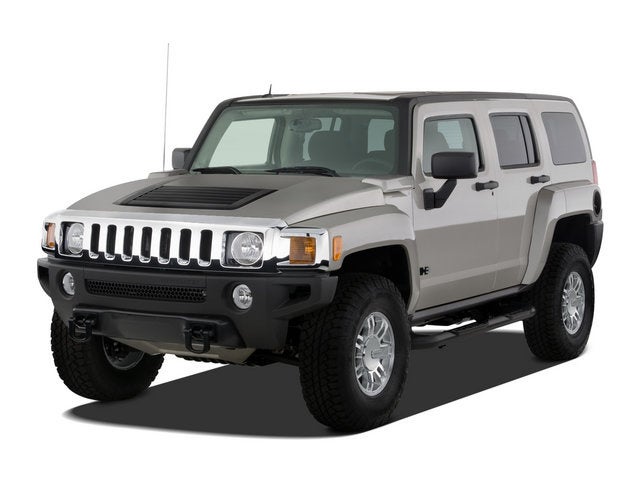 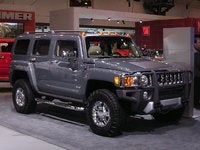 After complaints of an underpowered engine became deafening, the 2008 Hummer H3 added a new 5.3-liter V8 to its lineup. The new H3 Alpha gets 300 hp and 320 lb-ft of torque, and its dimensions have been slightly revised to accommodate the larger engine from the Silverado. It also purportedly is cleaner than many pickup engines. The regular 5-cylinder, 3.5-liter engine remains, now putting out 242 hp. Both engines come with either a 5-speed manual or 4-speed Hydramatic, and the Alpha has taller gears.

The 2008 H3 features 4WD with low-range gearing, 9 inches of ground clearance, and skid plates, and is designed specifically for off-roading. Traction control and rack-and-pinion steering have been revised this year, and all models come with ABS brakes, stability control, a tire monitor, and dual front airbags. Side curtain airbags have also been added in the Alpha for 2008. Base models feature a full power setup, cruise control, and CD player, and as you move up through Luxury and H3x, you add heated leather seats, power front seats, and a 6-CD changer. The H3x adds styling notes, such as a chrome fuel door and body-colored grille.

Rear seats split-fold 60/40 and fold down to open up the small cargo area to 56 cubic feet. Tie-downs are included, but a cargo cover is extra. You can also add a trailer hitch to tow up to 4,500 pounds in the regular H3 and 6,000 pounds in the Alpha V8. The rear-mounted spare tire, which hampered visibility, has been moved under the bed. Options include a sunroof and rearview camera. The extra V8 power has increased the 2008 H3's rugged off-roading performance, and the smaller overall size of the H3 somewhat improves city maneuverability, but highway driving still lacks power, and the rear seats are still cramped.

tylenol7 Best vehicle I have ever owned

How Many Quarts Of Oil Does It Take

How Do I Remove A Stuck Battery

I have a 2008 h3 hummer was trying to replace battery but appears acid leaked and cemented the battery to the battery pan cant get out any suggestions..please help thanks mark

Need Help, Want Larger Wheels And Tires On My H3

Hi, Ive been reading some posts about increasing the size of wheels and tires for a stock H3 and have a few questions. In the posts I have read that I can increase the size of the wheel/tire package u...

Is it difficult to replace the "dorman valve canister purge valve " on my Hummer h3? I've seen a video of it done on a gmc. Is this the same?

replaced battery in device. Device will work if activated from inside the vehicle. 2008 Hummer H3