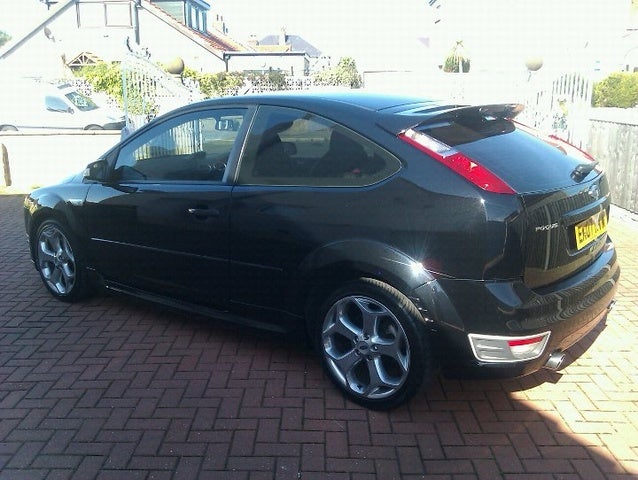 An inexpensive, highly economical daily driver, Ford's Focus proves an agile handler that will keep drivers smiling in the twisties.

Lacking in innovation and some basic safety equipment, Ford's latest U.S. Focus should look to its European sibling for improvement ideas. 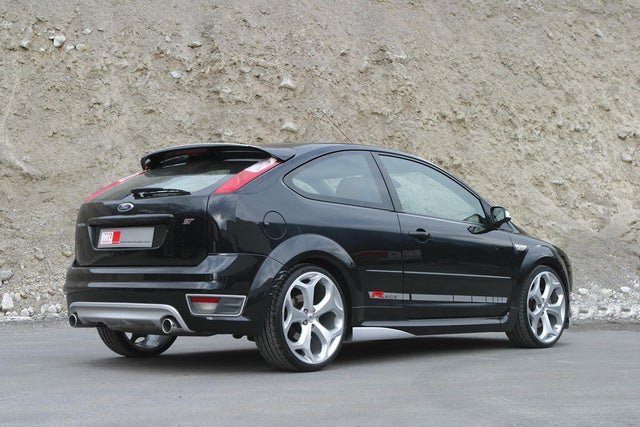 You get what you pay for, and with the Focus that's not very much. Budget buyers, rental companies, and those who like to have fun when the road curves will find it worthwhile.

The Ford Focus, introduced in 2000, has received a major refreshing for 2008 that combines new sheet metal with an interior revision. The exterior changes get little praise from reviewers, with most finding the new look uninspiring.

Ford has pared down the Focus line-up, dropping both the hatchback and station wagon, leaving only the four-door sedan and two-door coupe body styles, each available in three trims: the base S, midlevel SE, and top-of-the-line SES.

One basic engine is offered for all three trim lines: an economical four cylinder with a five-speed manual as standard equipment or an optional four-speed automatic. The suspension has undergone a recalibration to make it more compliant yet retain its recognized agile handling.

One good bit of news for 2009 is that the Ford-Microsoft SYNC voice-activated car communication and entertainment management system is now offered at the SE trim level.

The Focus should appeal to buyers who prioritize bottom-line pricing above most other considerations. 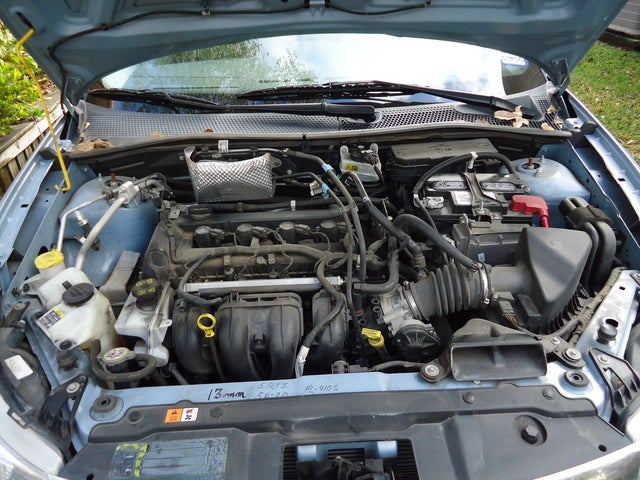 The front-wheel-drive Focus offers one basic engine across all its trim lines: a 16-valve Duatec 2.0-liter four-cylinder engine that produces 140 hp and 136 lb-ft of torque. (A California-emissions PZEV version with 132 hp is also available.) The standard transmission is a five-speed manual, with a four-speed automatic optional.

Reviewers conclude the engine is adequate for all normal driving conditions, though some seem to long for more power up long mountain climbs and in high-speed passing situations. Some found it buzzy at the top end.

They all praise the engine's miserly regular fuel consumption, with EPA estimates claiming 24/35 mpg with the manual and 24/33 with the automatic. Reviewers found little fault with either transmission, though some feel that a four-speed automatic is '90s technology and needs updating. 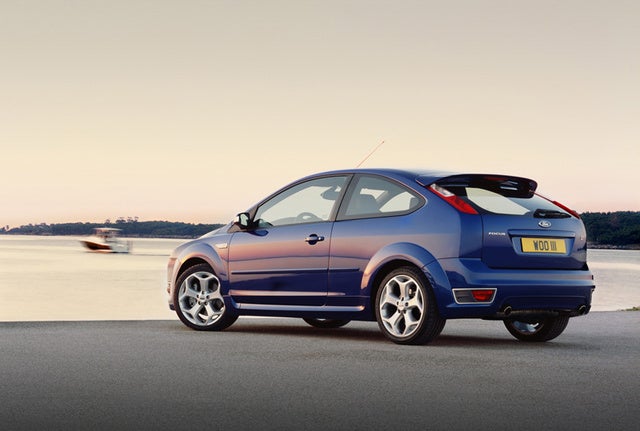 As part of the 2008 update, the Focus' suspension underwent recalibrating to make it more compliant while retaining its previous high marks for good handling. Most reviewers feel Ford has achieved that objective by using different spring rates, dampers, stabilizer bars, and bushings and through body strengthening in the roof and rear floor area, along with a cross-beam behind the instrument panel to further improve lateral stiffness.

The reviewers' conclusion seemed to rest exclusively on tests of the SES model with its stabilizer bar, enhanced suspension, and 16-inch alloys. Other trim levels are denied these suspension enhancements. In this configuration, the Focus was an agile handler. While the suspension felt softer than previous years', it absorbed broken road surfaces and severe bumps while slinging through corners without extreme body roll and providing excellent steering communication. Yet some reviewers found the SES tended to wander in heavy crosswinds.

Reviewers find the braking system stable but a bit behind the times, offering only discs up front and drums in back and ABS only as an option with traction control. 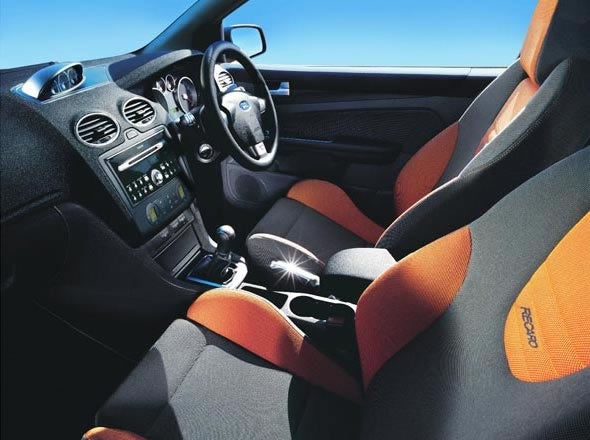 One of Ford's targets in the refreshing of the Focus was the interior. Concerned about noise levels, they put the Focus through 100 hours of wind-tunnel testing to refine its aerodynamics to cut down on noise and improve gas mileage.

With the former objective in mind, Ford added more sound-deadening materials and an acoustic (thicker) windshield and front-door glass and improved side-mirror sealing. They also shaved about 100 pounds of weight. But reviews are mixed, with some still complaining about noise from the engine, road, tires, and wind.

The interior design and materials were also upgraded and also got mixed reviews. Some feel the results are a great improvement over previous years and that Ford has taken lessons from both Volvo and Land Rover in dash layout and switchgear choices. Yet the Focus is still nowhere close to the levels of refinement that its competition - Honda, Nissan, and Toyota - display.

Reviewers find the interior space to be generous, with plenty of room for even the tallest up front and a decent amount of space in back, as long as those up front are not too tall. With front seats slid back, knees were felt poking through the back of the front seats. Trunk space is excellent, with 13.8 cubic feet, which expands with the 60/40 folding back seats.

The major option for the 2008 Focus is the Ford-Microsoft SYNC voice-activated car communication and entertainment management system, which is available as an option at the SE and SES trim levels. Most reviewers like it, finding that some of the German auto companies should take a close look at how infotainment integration can be intelligently managed. The hands-free voice-activated system coordinates your cell phone, iPod, and the like, allowing you to request music stored in your MP3 player, to call and text message those in your phone book, etc. Most reviewers like it, some found it not so easy to use, and all thought it was more innovative than the vehicle in which it's being offered. 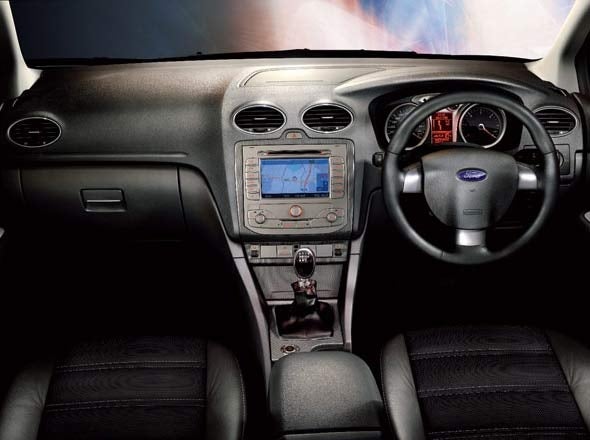 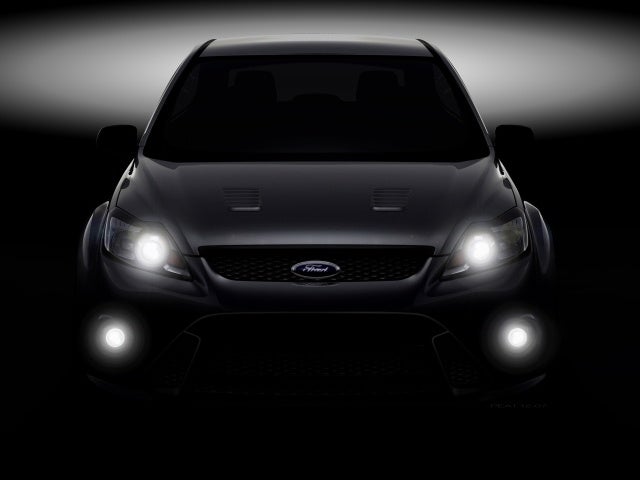 The Focus is highly rated by owners who love its size, value, fuel economy, and SYNC option and find it fun to drive. They also love the five-speed transmission, which adds to its handling fun. One owner from California pointed out that his PZEV-system-equipped Focus produces less carbon emissions than grilling a burger.

Yet, some owners bemoan low build quality, a noisy ride, and the lack of an interior trunk release. This latter point seems to be a big deal for many Focus owners. But some owners had no cons to report at all.

Users ranked 2008 Ford Focus against other cars which they drove/owned. Each ranking was based on 9 categories. Here is the summary of top rankings.

Have you driven a 2008 Ford Focus?
Rank This Car

I replaced the coolant outlet in 2008 Ford Focus 2.0L due to a leak which was clearly from the outlet. Should I replace the thermostat too? Someone, that I don't know, stated it was strongly recomme...

I could be going down the road and it would die on the highway or when I pull up to a stop sign it just shuts off I had the little icon on my dash it shows the the car with the screw going through ...

My Car Sounds Like The Dashboard Is Rattling When I Step On The Gas What Co...

my car rattles when i step on the gas almost like the dash bboard is shaking but i don't think it is what could it be someone said it might be pins???

the volume on my car radio has stopped working you can see the Radio station channels but no noise ..are there any place a guy should look?

I have a 2008 Ford Focus and my one and only key got completely damaged and lost to where I had only a half of a key and in the half that I did have the chip wasn't in so mine part of the key was ...