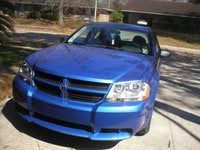 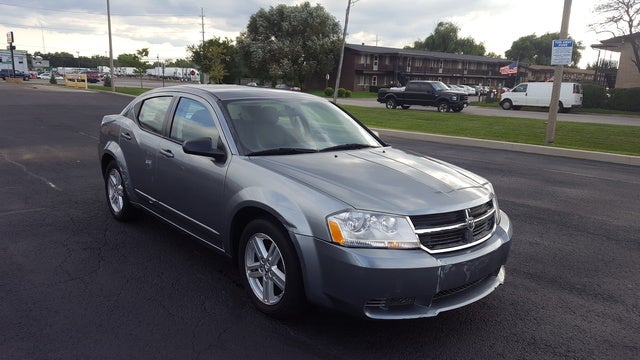 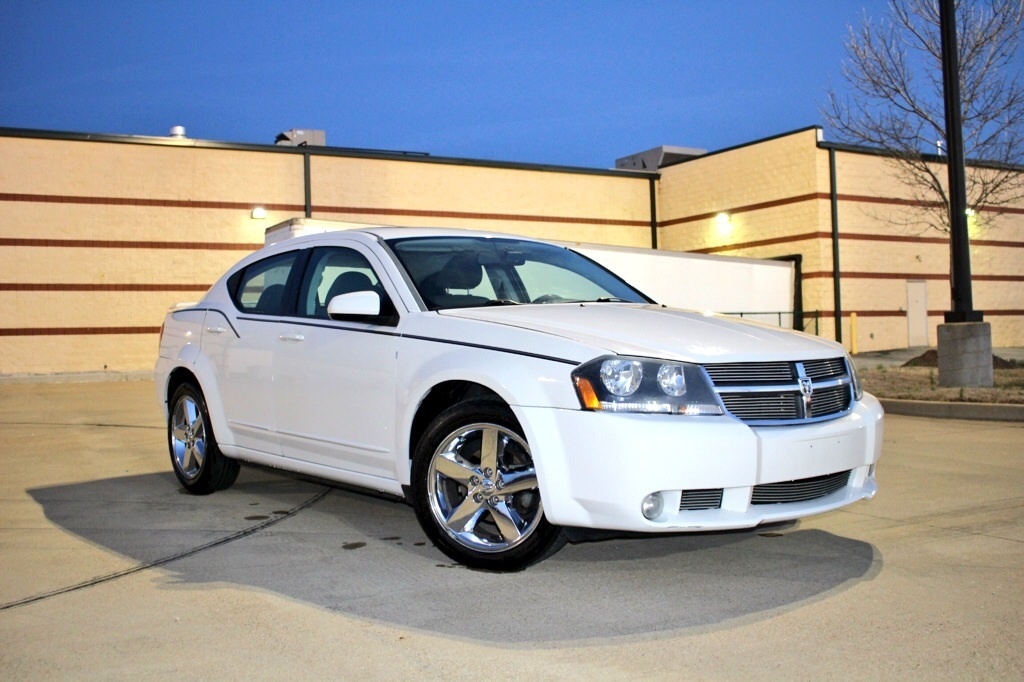 More commonly known for its minivans and performance cars, Dodge is not a name one would readily associate with the family sedan market. The American automaker seeks to change that with the midsize, five-passenger Avenger.

The name “Avenger” was originally used for a sleek Dodge coupe, sold from 1995 to 2000, but this Avenger arrives for the 2008 model year with muscle car-inspired styling and assures it will stand out in a crowded parking lot of cookie-cutter sedans. It is also one of the few family sedans for this model year to offer available all-wheel drive. 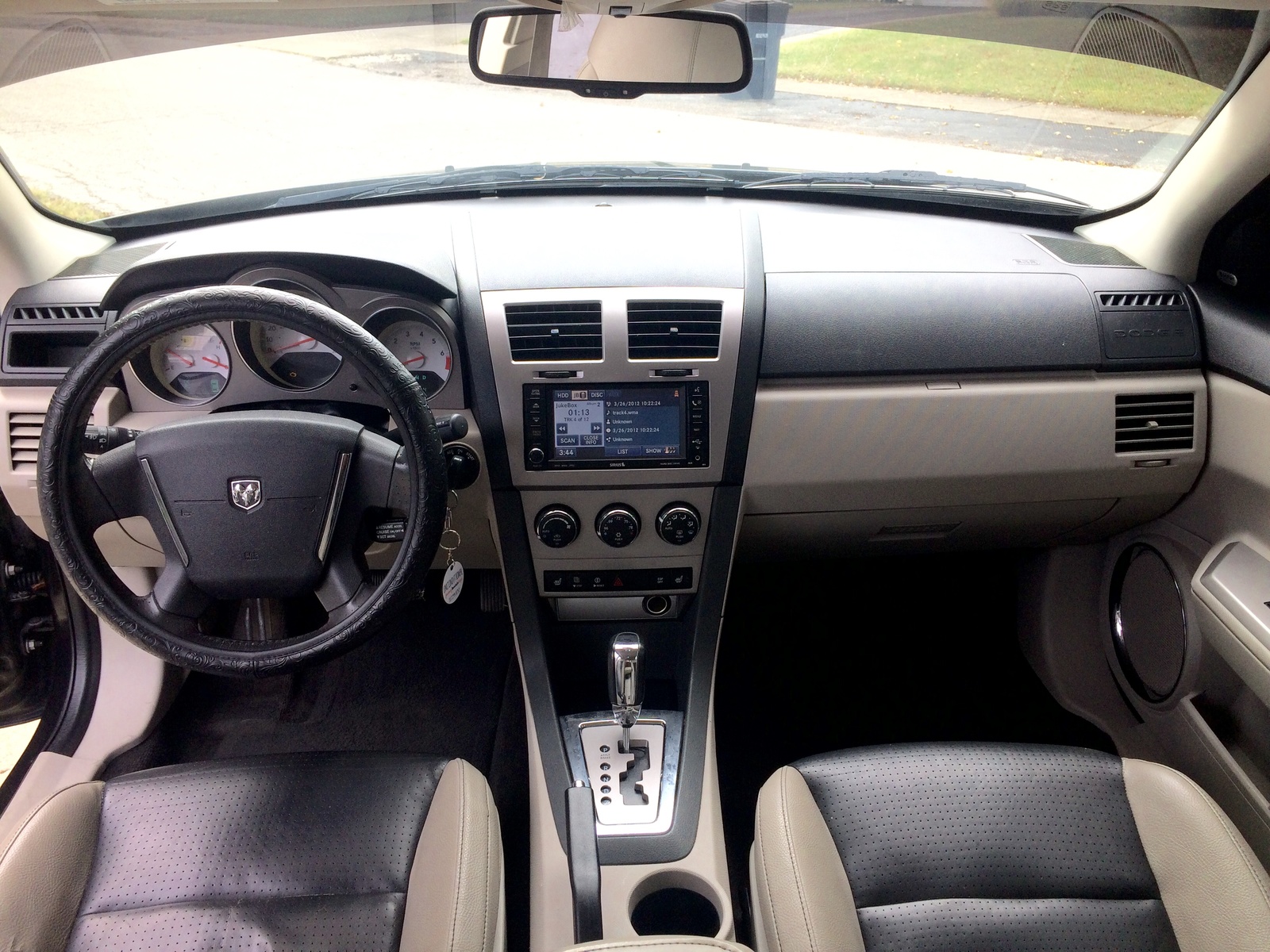 The Avenger is based on a platform shared with the Chrysler Sebring, Chrysler 200, and the Dodge Journey crossover. While the styling is meant to evoke the Charger sport sedan, it actually looks like a sedan version of Journey. Where the broad lines of the Charger deliver that modern-muscle-car spirit, those design elements on the Avenger leave it feeling blocky, and the high trunk design feels busy.

The Avenger has a more conventional cabin, with a clean design and crisp layout. Unfortunately, the fit-and-finish is lacking, as there is extensive use of hard plastic. What saves the interior of the Avenger is the white-backed instrument panel, adding a touch of luxury to the cabin.

Compared to other family sedans on the market, the Avenger has a simple and straightforward trim lineup: SE, SXT, and R/T. The SE comes with cloth seats, air conditioning, 16-inch steel wheels, and remote keyless entry. 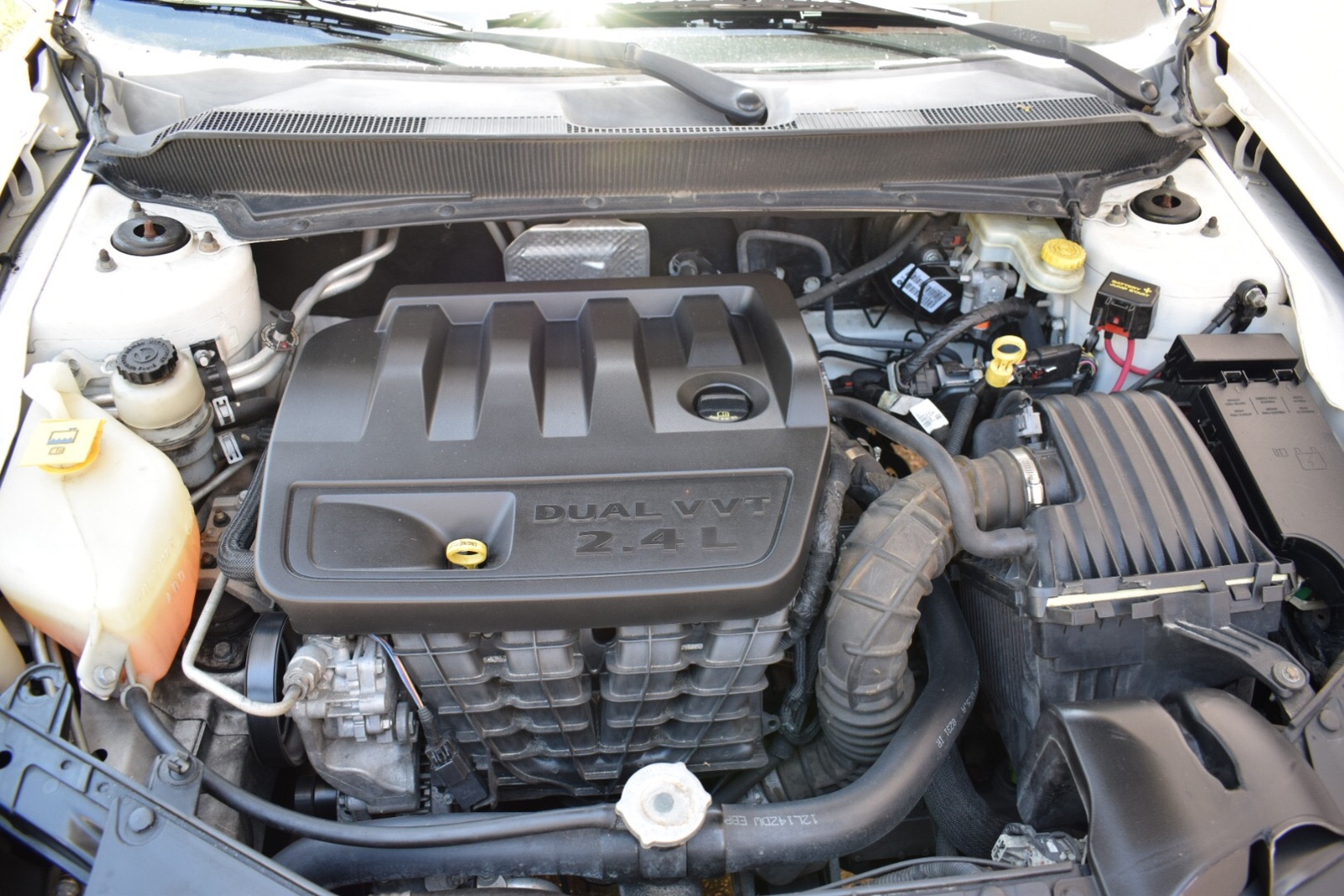 The SE and SXT come with a 173-horsepower 2.4-liter 4-cylinder engine The SXT is available with a 2.7-liter V6 engine making 185 horsepower. Both of these engines send power to the front wheels through a 4-speed automatic transmission.

The R/T is the most powerful version of the Avenger, equipped with a 235-horsepower 3.5-liter V6. It routes power through a 6-speed automatic transmission to the front wheels or available all-wheel drive (AWD). The 2.7-liter V6 is underpowered and if you want V6 grunt, it's best to simply go with the R/T. 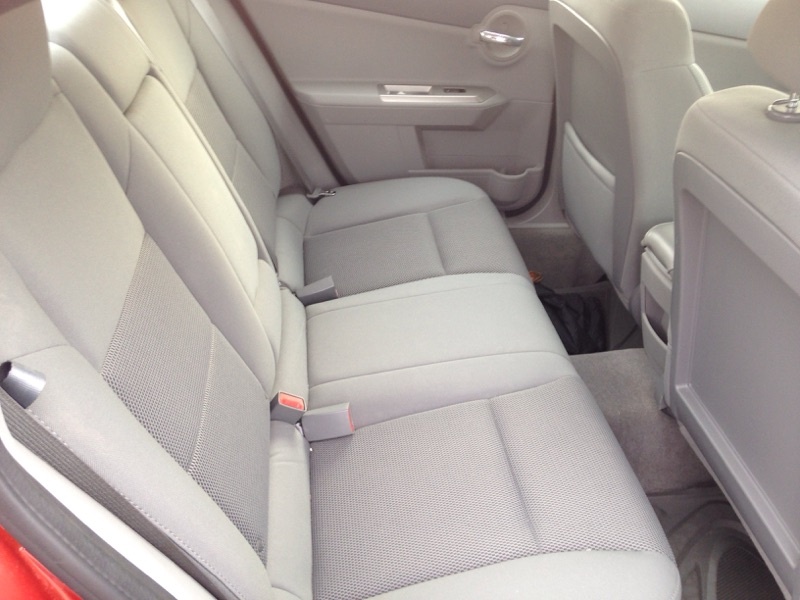 The Avenger comes with 13.4 cubic feet of trunk space. Despite the high rear deck-lid this is on the smaller side for trunk space among the family sedan set. This can be expanded with the split-fold rear bench.

The cabin layout of the Avenger is useful and features a two-tier glovebox, which helps when organizing all your items. The center stack has a deep tray, as does the center console. The center cup holders are quite deep and have integrated ambient lighting. 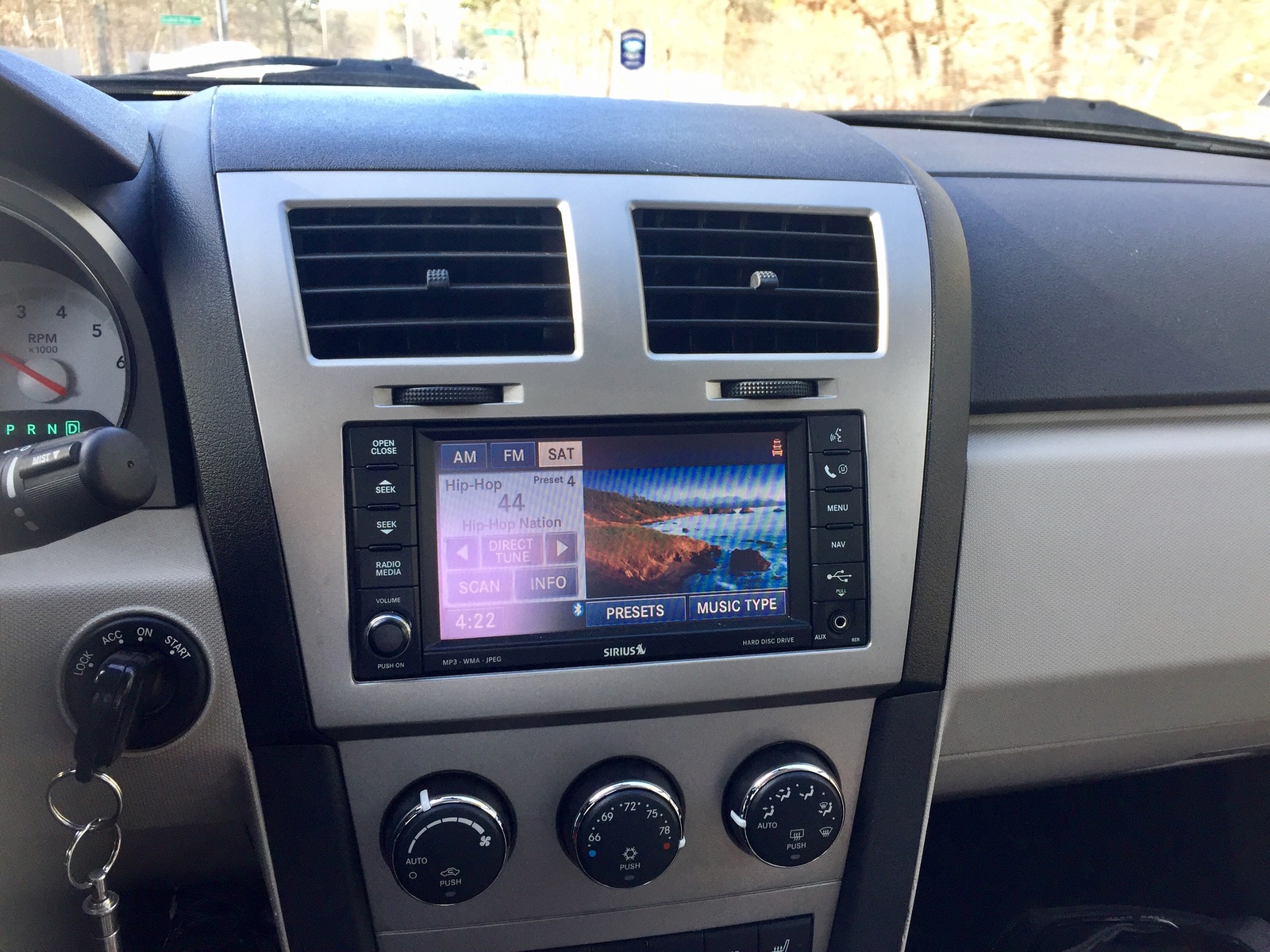 The base stereo comes with an AM/FM/satellite radio unit with an auxiliary audio input and four speakers. The stereo in the SXT and R/T upgrades that to six speakers.

The Avenger also has a very clever feature called the “Chill Zone,” which blows cold air into the upper and lower glove boxes. Both tiers even have grooves for bottles. 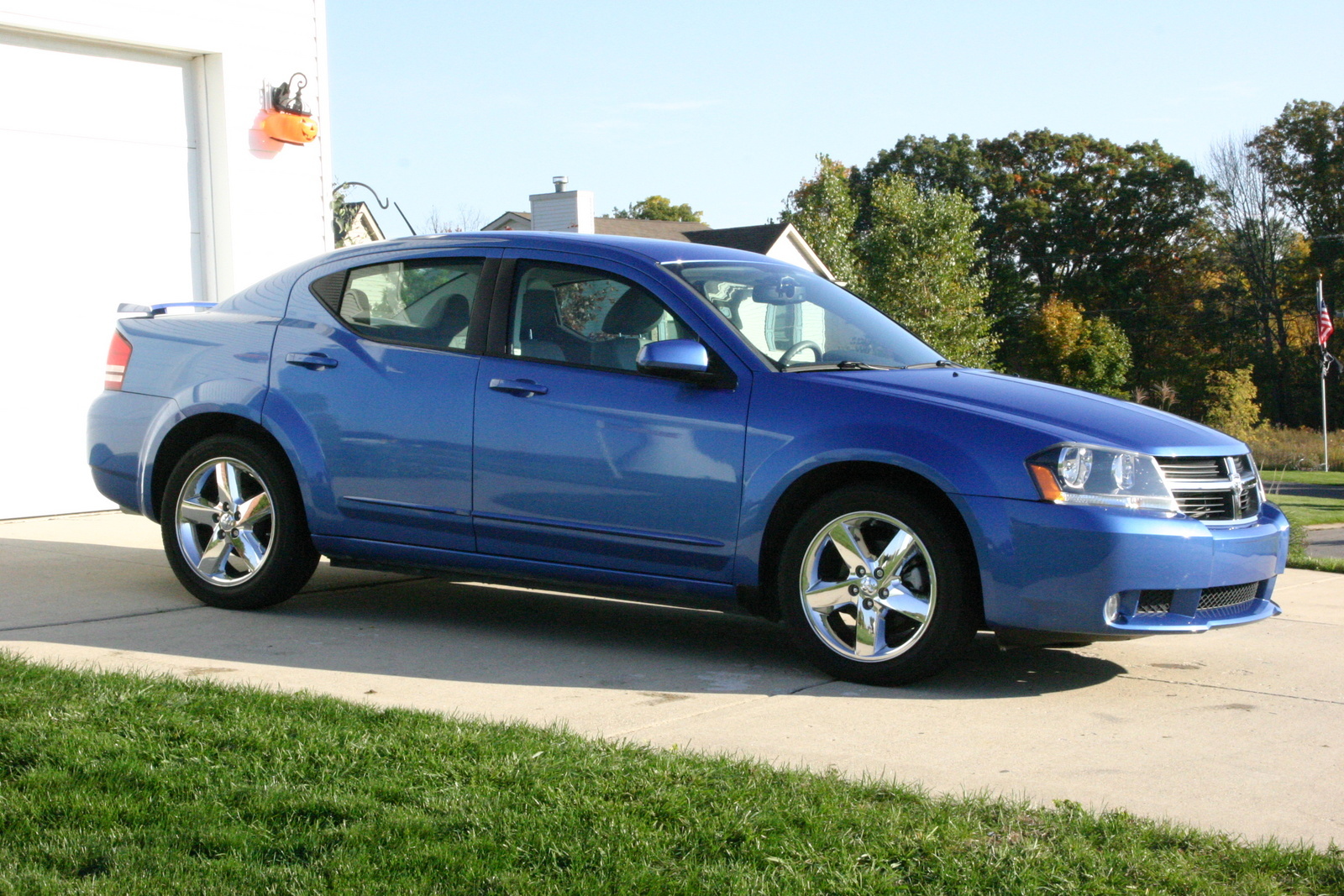 The SE and SXT have front-disc and rear-drum brakes. Moving up to the R/T adds four-wheel disc brakes, as well as electronic brake-force distribution, which will offer better pedal feel and stopping accuracy. The R/T also adds fog lights and automatic headlights. 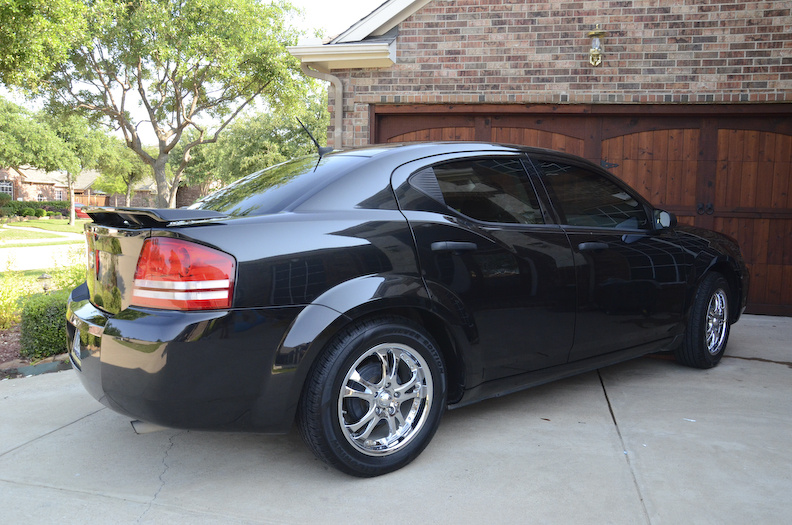 Base MSRP for the 2008 Dodge Avenger is $19,640, which is steep considering the quality of the competition. That price is more than the Camry but less than the Accord, both of which are superior vehicles to the Avenger. The SXT trim starts at $20,570, while the range-topping R/T starts at $24,220 for the FWD version and $26,220 for the AWD model.

GuruWQV31 Abs brake and battery light came on at a red light then the car completely shut off ...I had friend come by and jump start it but when I got to work it shut off again and wouldn't start at all I'm assuming the battery bui I just brought the battery last August

Have you driven a 2008 Dodge Avenger?
Rank This Car

My dodge adventure is overheating I changed the radiator and the thermostat and it’s still overheat after Dunn for about an hour. I don’t know what else it can be. I need you guys help please

Winter is here! I turn on heater in my car and driver side vent blows barely warm air...middle and passenger side cold air.( Let it warm up first of course) I took it to mechanic and he said nothing ...

Meaning Of The Dashboard Lights

What is the meaning of the bright yellow dashboard light that resembles a an open ended wish bone with an exclamamtion point inserted inside of it?

Dodge Avenger Left Headlight Not Working (replaced Bulb And Nothing)

Dodge left headlight doesn’t work. Any tips on how to fix this?

I Have A Lighting Bolt Symbol On My Dash And The Car Won't Start What Does ...