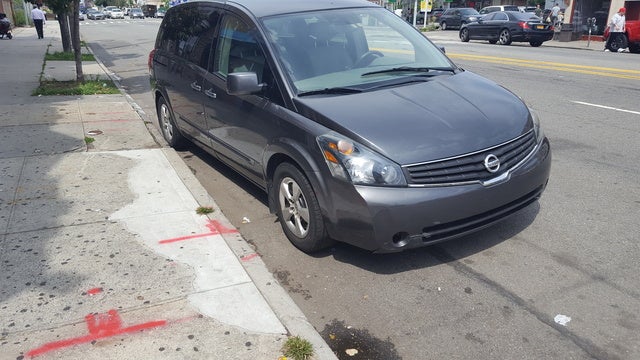 Average user score
3.9 ⁄ 5 stars
Based on 10 reviews
The Anti-boring Minivan by lightGear — I drove one of these for 3 weeks while I was on vacation. It was mixed in with a sea of Dodge Caravans and Chrysler Voyagers in the airport parking lot and I specifically picked it out because of it's... Read more
It Is A Great Car. The Pick Up And Smooth Shifting Is Fantastic. Spacious And Nice. by twkjer2911 — We like the car. We spent a lot of time looking around at all the other mini-vans and this one is tops. We have everything in it except the navigation system. The sky light roof is very nice. We lov... Read more
My Car Has Limo Tint And Knowone Ca See In And My Babies Have Room To Hang And Be Cool... by Mavis — I love that I can have all the kids and still look COOL!!!! LOL, Love It!!! If you want a roomy Van but don't want the same old style like everyone else then go for the Nissan Quest-top of the line...... Read more 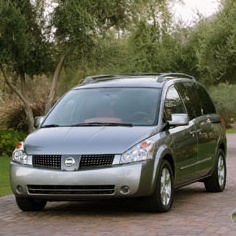 Having taken some flack for its funky instrument panel that was placed above the center of the dash, rather than behind the wheel, the 2007 Nissan Quest makes amends by going back to the traditional route. The biggest change for this stylish minivan is the return of the gauge cluster behind the steering wheel, with better quality materials and a more ergonomically designed layout.
The 2007 Quest is a minivan with less boxy and more sloping lines than much of the competition. It has four trims -- base, S, SL, and SE. Each are powered by a 3.5-liter, 235-hp DOHC V6. New in 2007 is a 5-speed auto tran to replace the old 4-speed. Other additions include a third row that now folds flat into the floor, along with its headrests (you no longer have to remove these). Outside, the 2007 Quest gets some minor nips and tucks to its grille, front bumper, taillights, and some chrome highlights for the roof rack and doors.

The new interior redesign of the 2007 Quest seems to have worked. Owners like the layout much better, because it's more intuitive. A unique style and lots of power are also standouts. The Nissan Quest handles smoothly, is pretty quiet, and owners love all the standard features. Roominess and overall comfort get high marks. Poor gas mileage and the lack of a split-fold option in the third row are mentioned negatively. The second row of seats folds down, but not flat.

Have you driven a 2007 Nissan Quest?
Rank This Car

2007 Nissan Quest A/C blows hot air only. The double fans are not turning and neither the compressor. However, the belt attached to the compressor is rotating. Could this be an electrical problem?

496 views with 5 answers (last answer about a year ago)

Every time I turn the heater on I smell burning g rubber/oil. I dont understand why.

2 views with 2 answers (last answer about a year ago)

819 views with 3 answers (last answer about a year ago)

Hi I have 2007 Nissan quest. Replaced ALL sensors (including cam and crank shaft sensors) and all catalytic converters. I have also replaced the engine and cleaned all injectors. Still "service ...