The long-running Ford Escape remains competitive in a hotly-contested segment that has grown considerably in recent years. 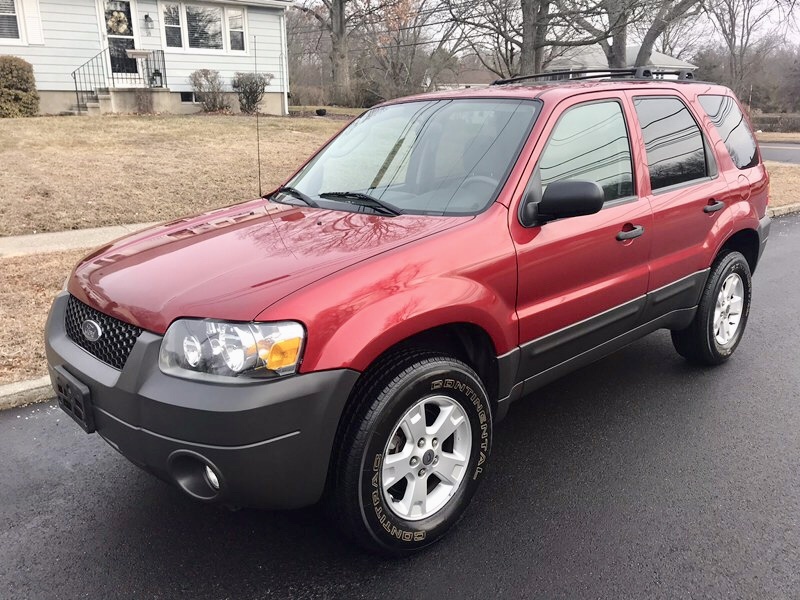 The Ford Escape was developed in partnership with Mazda (known as the Tribute), which has given it a more athletic and livelier feel than it might have had with Ford’s touches alone. It’s one of the most fun and easy-to-drive small SUVs on the market; this car-like ride quality and handling that will appeal to buyers wanting more comfort from their utility vehicle.

The Escape, now six years into its current generation, is getting close to needing a major overhaul. As a result, Ford has only made minor changes to the 2007 model, which include a Silver Appearance Package, a shift in colors and options for the XLT Sport and Limited trims, and an increase in the powertrain warranty coverage to five years/60,000 miles.

The Ford Escape competes with the Kia Sportage, Honda CR-V, Mazda CX-7, and Toyota RAV4. It is targeted at car buyers that want a comfortable, car-like ride with the space and capability of a sport-utility. 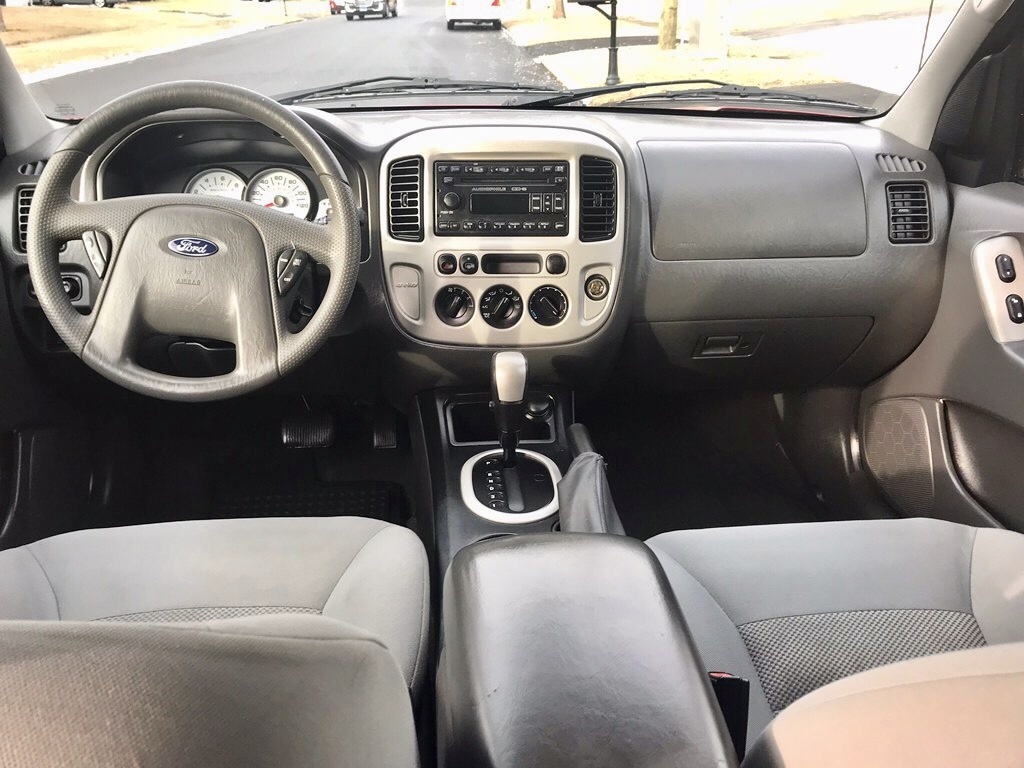 The Escape has evolved over the years into a friendly-looking small SUV with mostly unremarkable styling. In lower trim levels, the Escape’s black bumper, body trim, and door handles look cheap and detract from the overall appearance of the vehicle. Meanwhile, the Escape’s front end is clean and uncluttered, especially in higher trims with body-color bumpers and integrated fog lights.

Inside, the setup is all about function and usability instead of style, but the feel is solid, and materials quality is excellent. The front seats are large enough to accommodate a wide variety of body styles, though the seat bottoms could use more thigh padding to make long trips more comfortable. The second-row seat is comfortable and will work well for large child seats and tall adults. The Escape’s large door openings and relatively low ride height make it easy to load and unload car seats.

With the back seats up, there’s 33 cubic feet of space in the cargo area. That number almost doubles to 65 cubic feet with the seats down, which is more than competitive in the class. 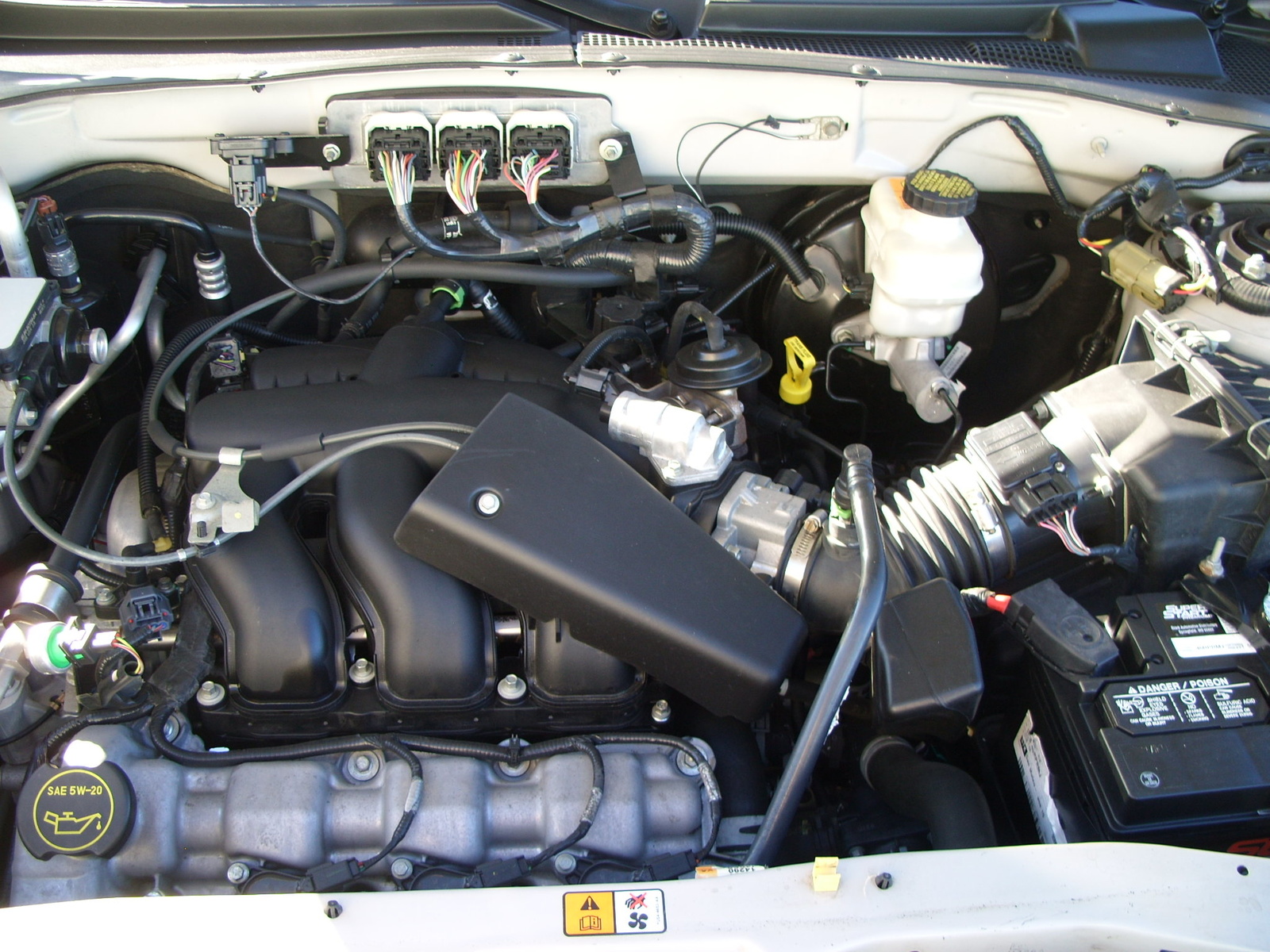 The 2007 Escape is available in four trims: XLS, XLT, XLT Sport, and Limited. Remember how we mentioned the Escape’s connection to Mazda? The magic that once made the Escape notable for its handling and driving dynamics has faded over the years to the point that the Escape feels unremarkable when compared to its competition. That said, it’s still got a responsive and fairly engaging driving experience that feels stable and planted on curvy roads and appropriately mild-mannered in everyday driving.

The XLS and XLT models come standard with a 2.3-liter inline four-cylinder engine that is rated at 153 horsepower. A five-speed manual transmission is standard here, but a four-speed automatic is available.

XLT Sport and Limited models come standard with a 200-hp 3.0-liter V6 and an automatic transmission.

The V6 is optional for the XLT model.

Front-wheel drive is standard, and four-wheel-drive is an option. There is also a Ford Escape Hybrid available this year, which is powered by a 2.3-liter four-cylinder drivetrain with two electric motors. It comes with a CVT.

The V6 offers more than decent acceleration, but the four-speed gearbox could use an extra gear to truly make the most of the larger engine. The four-cylinder does its job without much to complain about, but it’s not as refined as the V6 and sounds strained under heavy acceleration. Even so, the four-cylinder can handle most driving situations and returns better fuel economy than the V6.

The Escape’s fuel economy ranges from 17/21/19 mpg city/hwy/combined for the V6 engine, FWD, and automatic transmission to 31/29/30 mpg for the Hybrid with front-wheel drive. 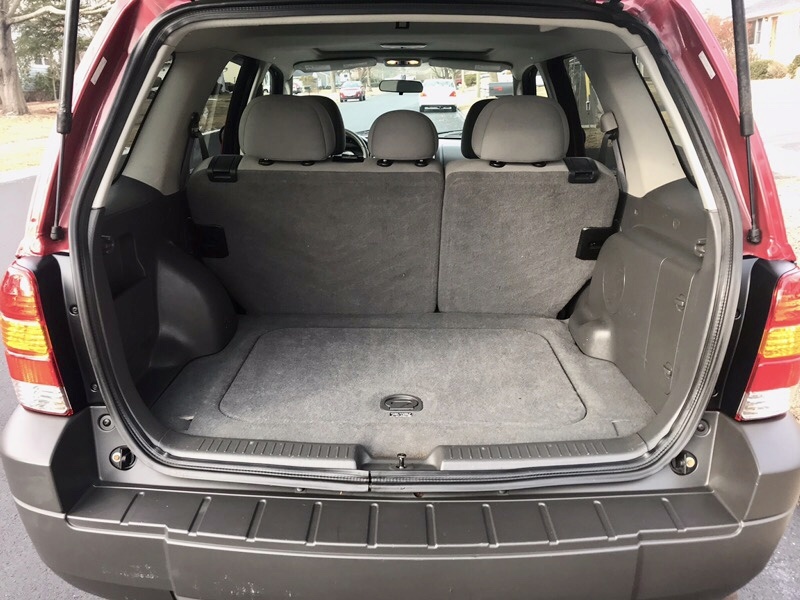 The Escape’s no-nonsense interior and smooth driving dynamics make it a worthy choice in the small SUV segment. It’s got the room to handle five people and plenty of gear, and the fact that the back seat is comfortable enough to accommodate adults for long trips is a big bonus. The innovative hybrid powertrain returns impressive fuel economy, but it’s the smooth and power V6 that wins the day.

The Escape is certainly aging at this point; the competition from Toyota, Honda, and others have evolved and improved so much that the technology, quality, and comfort gulf between them and the Ford is immediately noticeable. 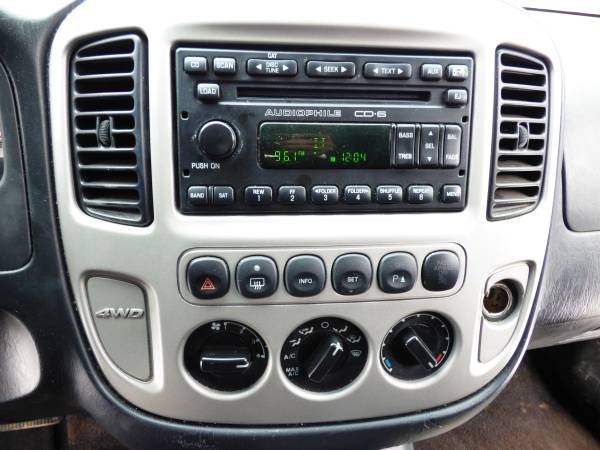 The XLT trim adds cruise control and an in-dash CD changer, while the Escape Limited comes with automatic headlamps and an auto-dimming rearview mirror.

Optional equipment includes a sunroof, a 320-watt sound system with a subwoofer, and heated seats/mirrors for the Limited trim. A CD-based navigation system is also available, but the screen is too small, and the system is sometimes sluggish. 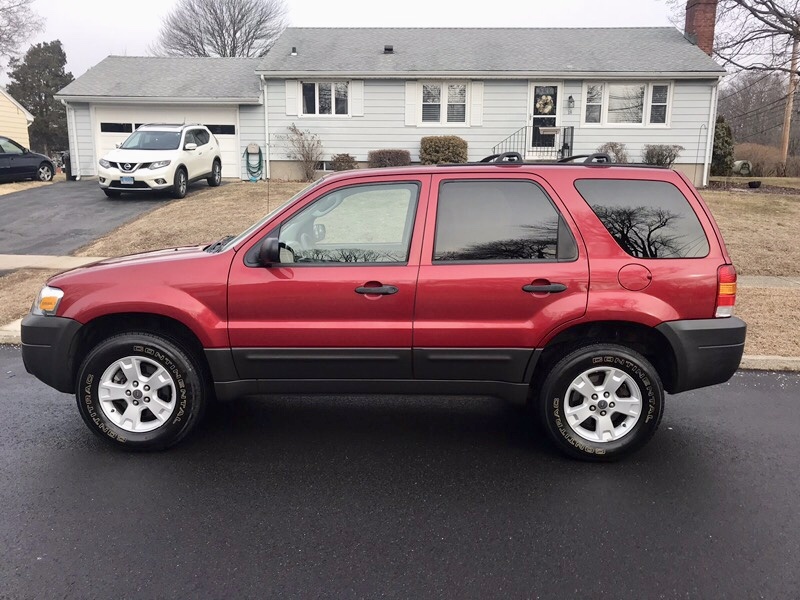 In crash tests by the Insurance Institute for Highway Safety (IIHS), the 2007 Ford Escape was rated ‘Acceptable’ for its moderate overlap front crashworthiness and head restraints/seats, ‘Good’ for side crashworthiness when optional airbags are equipped and ‘Poor’ when they aren’t. The IIHS found that, without the optional airbags, crash test dummies’ heads were pushed into the B-pillar in side crashes. The agency also noted that the forces exerted on the driver’s legs were enough to cause injury.

The National Highway Traffic Safety Administration (NHTSA) rated the Escape four stars for both driver and passenger side front crash safety, five stars for side-impact tests, and three stars for rollover protection. The agency likely tested the Escape with optional airbags installed during side crashes. The three-star rating for rollover protection is not surprising, because SUVs have a higher center of gravity and are easier to tip in general. 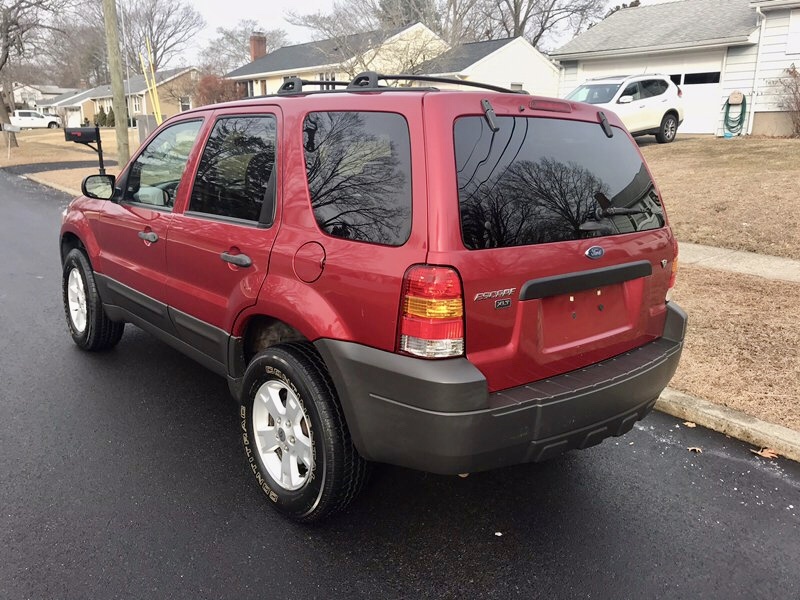 The Escape, with its starting MSRP of under $20,000, sounds like a bargain until you consider the competition. There’s no stability control anywhere in the lineup, which is a miss on the safety side.

Only the Hybrid model is available with navigation, and there’s no available rear-seat entertainment system. For families with kids, that can be a deal-breaker.

The Honda CR-V and Toyota RAV4 have similar price tags and have both been redesigned more recently than the Escape. They also provide better handling and stronger acceleration.

The Escape’s not-so-hidden trick is its available Hybrid trim. With a price tag in the mid-$20,000 range, it’s not over-priced and offers excellent fuel economy. It’s also available with a few major options that the standard Escape is not, like navigation. The hybrid system is refined and works so well that it’s almost impossible to tell that it’s not a “normal” vehicle.

Fuel economy for the standard Escape is just acceptable. On the lowest end, the V6 engine with an automatic transmission can return a combined fuel economy rating of 19 mpg.

That number gets slightly better as you move “down” the model line, and the best gas mileage is found in the four-cylinder Escape with a manual transmission.

This means that buyers have to sacrifice a little fuel economy to get a more well-equipped Escape, which is a tradeoff some might shy away from.

Users ranked 2007 Ford Escape against other cars which they drove/owned. Each ranking was based on 9 categories. Here is the summary of top rankings.

Have you driven a 2007 Ford Escape?
Rank This Car

Blower fan was working well, just one day the airflow through the air vents inside the car almost stop, although the blower fan is running at full speed, 4, Where do i start to look

The Blinking O/D Off Light Will Not Go Off. Pushing The O/D Button Doesn't...

The blinking O/D Off light has come on before and I pushed the O/D button on the gear shift and it went out. Pushing the button does not help now. I got the manual out and it tells to put in in D fo...

47 views with 2 answers (last answer about a month ago)