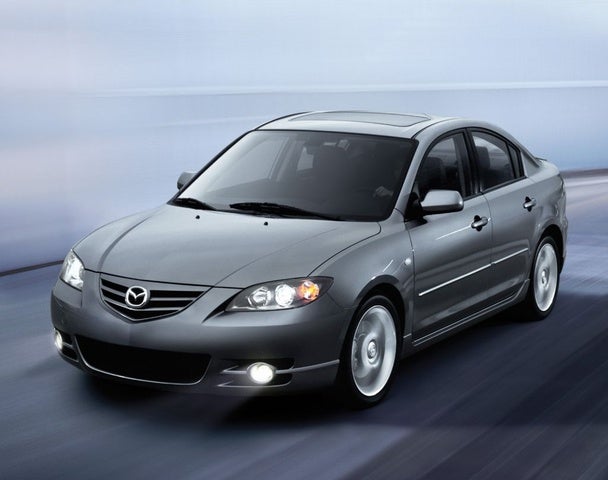 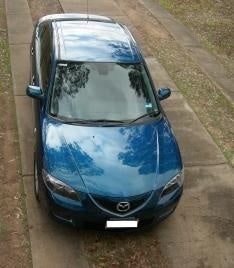 Mazda's compact, sporty, front-wheel-drive MAZDA3 was available in both sedan and hatchback (wagon) versions for 2006. Entry-level models received a small bump in power, while a new 5-speed automatic was available as an option on higher-end models. In addition, new Grand Touring trim packages were added to the MAZDA3 lineup.

Standard power for the MAZDA3 i trim packages was a 2.0-liter inline 4-cylinder engine, which received variable valve timing for 2006, bumping horsepower to 150 (from 178 hp the previous year).

Drivers like the MAZDA3's handling, comfort, styling and roominess (for a small car), as well as its long list of features. The air conditioning was considered one of the car's weak spots.

GuruWXS4 the best in town

Users ranked 2006 Mazda MAZDA3 against other cars which they drove/owned. Each ranking was based on 9 categories. Here is the summary of top rankings.

Have you driven a 2006 Mazda MAZDA3?
Rank This Car

Can someone please help me, I have a Mazda 3 2006 and I swaped the transmission on it for a newer one same year and everything, it drove perfectly for 3 or 4 months and then all of a sudden it took...

I parked the car in the parking lot of our apt around March. Since then I regularly turned it on (even though not so often). Today though, while I tried to turn it on again, when I turned the keys,...

How Do You Manually Reset The ABS Light On Mazda3

Car Got Hot The Engine Top Was Taken Out For Skimming But It Can't Start. W...

The car got hot it mixed up and was towed home..we took out the engine top for skimming but it can't start, what is it that we didn't do right maybe?