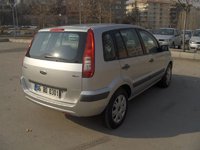 After a decade during which Ford’s ungainly, unimpressive, and unloved Taurus essentially decimated the automaker’s dominance in the midsize family sedan segment, the company debuts the crisply styled, sharply tailored, and undeniably handsome 2006 Ford Fusion. 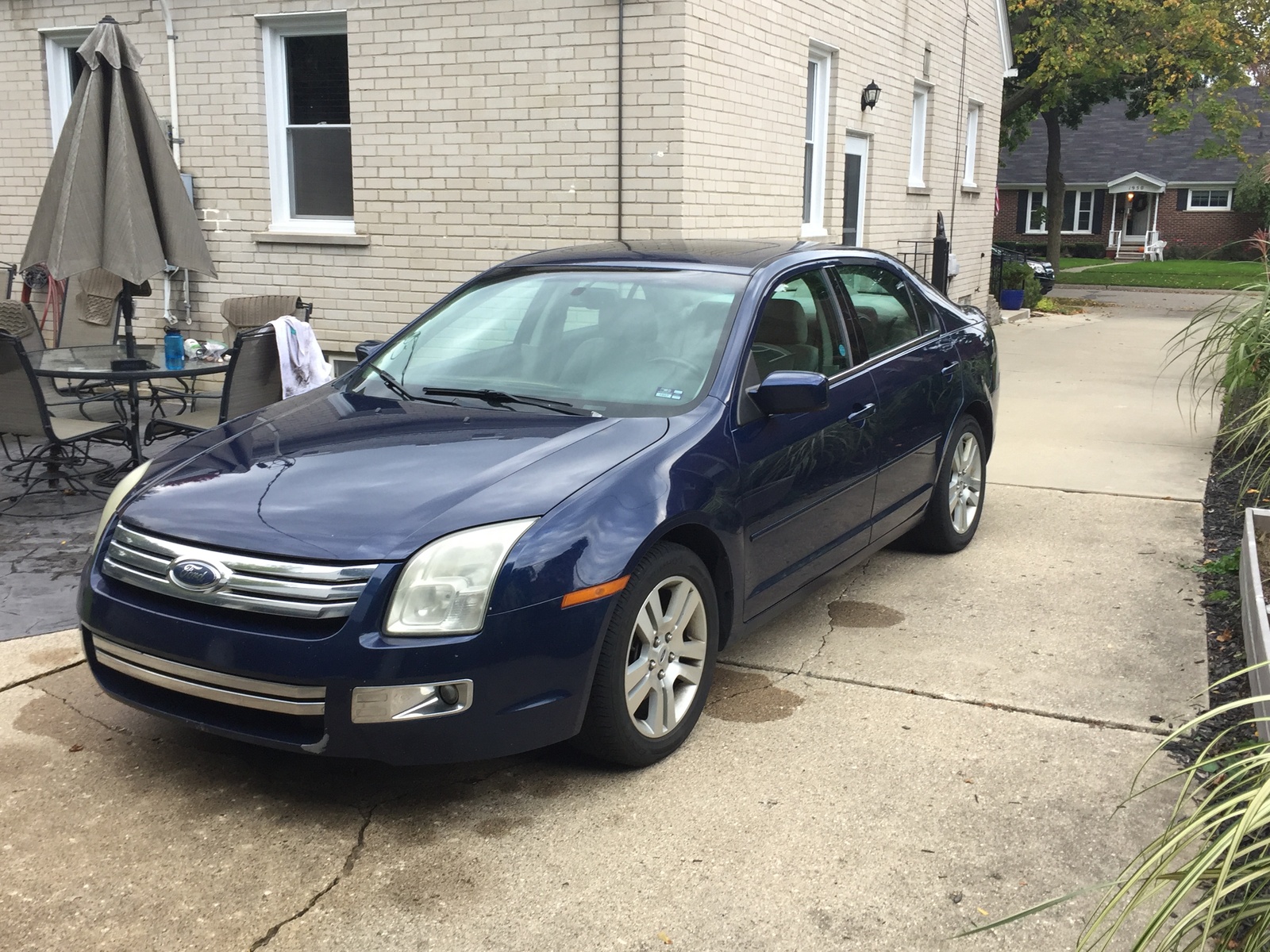 When Ford redesigned the popular Taurus for the 1996 model year, the company shot itself in both feet with a double-oval-barreled shotgun, and in the process, handed the midsize family sedan segment to Honda, Nissan, and Toyota wrapped in a pretty red bow and served on a glittering silver platter.

Why it took the company 10 years to rectify this mistake is anyone’s guess, but the all-new 2006 Ford Fusion has the design, the performance, and the equipment to properly compete. The question is this: Is the Fusion too late to rebuild Ford’s midsize car market share? 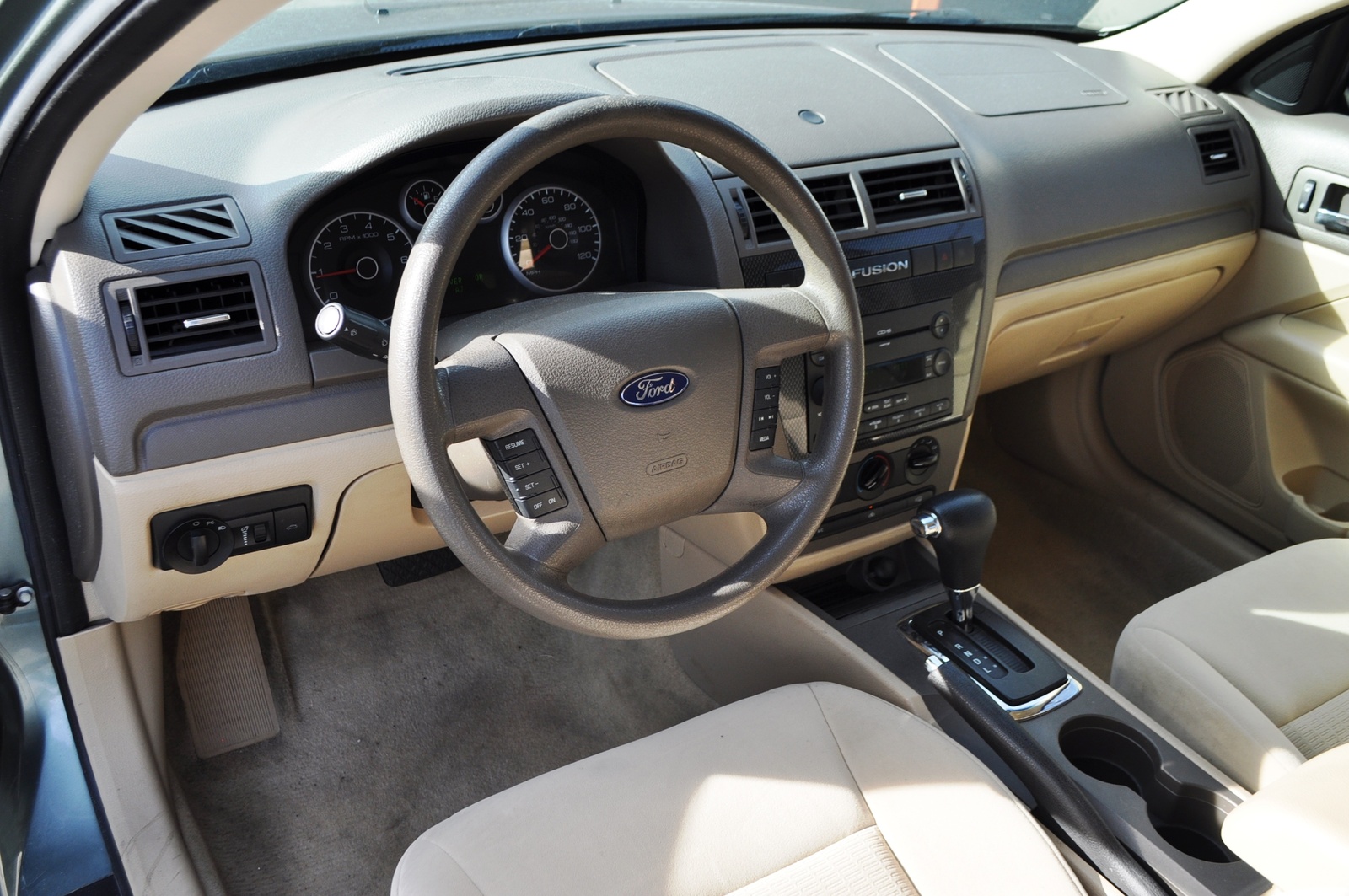 Ford keeps things simple with the new 2006 Fusion. Buyers select from S, SE, and SEL trim, and they decide whether they want a 4-cylinder or a V6 engine.

Every one of them has a clean, architectural appearance, and if the styling looks familiar it’s because Ford previewed the looks with the sensational Ford 427 Concept vehicle shown at the 2003 North American International Auto Show in Detroit. Switching from the concept car’s rear-drive platform to a more practical front-drive layout has changed the dimensions, and the production Fusion lacks the Chiclet-style taillights on the concept in favor of less appealing triangular units with oddly garish chrome surrounds (the only styling miscue on the entire car), but otherwise, this is a great-looking sedan, shiny grille and all.

Neatly organized, the Fusion’s interior layout and design are comparatively plain, though Ford tries to dress things up in SEL trim with glossy trim, chrome accents, exposed seat stitching, and even an analog clock just under the air vents. 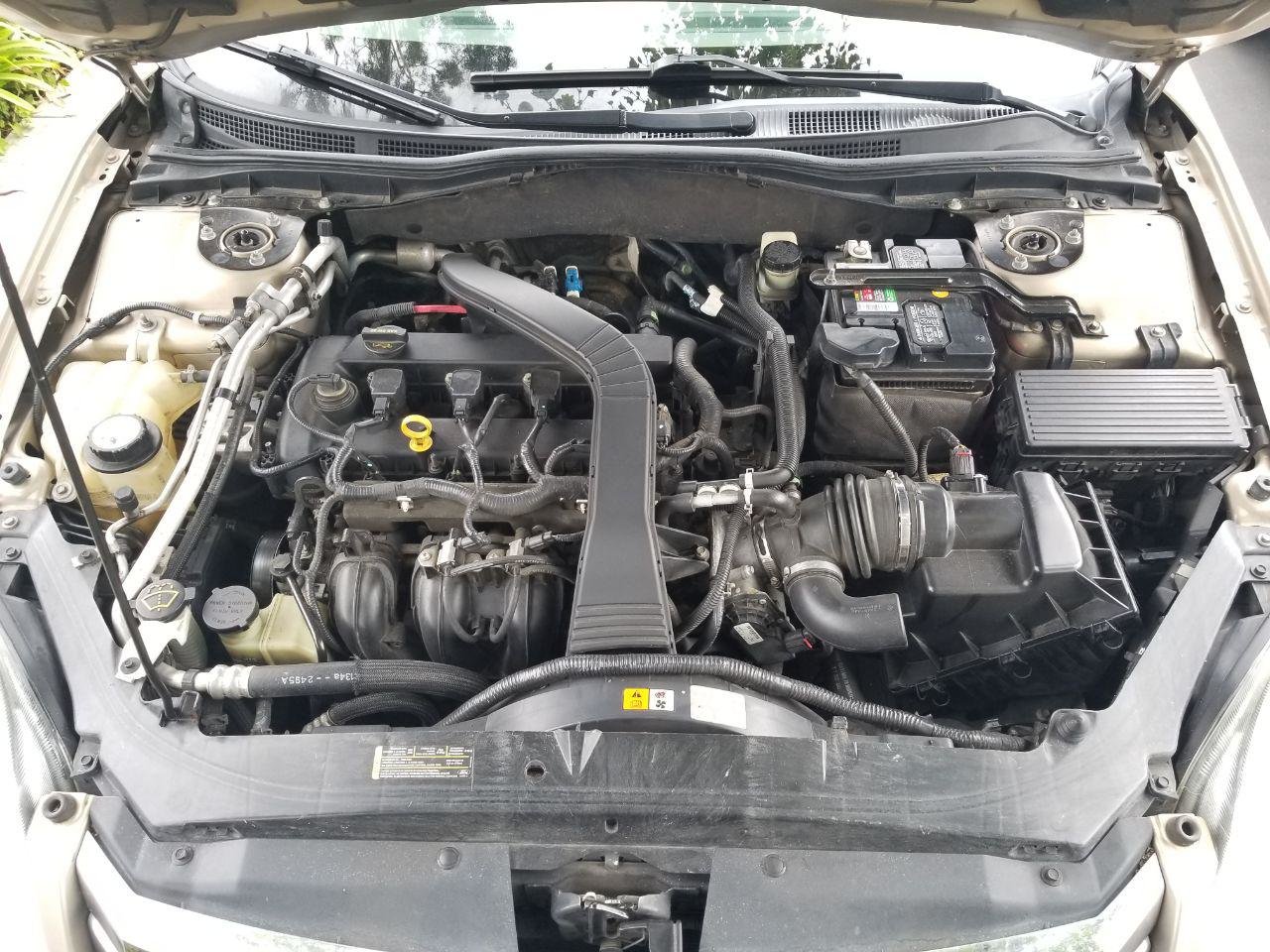 In an even more dramatic departure from the concept vehicle, the 2006 Fusion does not offer a 427 cubic-inch V8 engine. Instead, your choices are a 160-horsepower 2.3-liter 4-cylinder or a 221-hp 3.0-liter V6. Neither serves as a benchmark for strength in the segment.

Of the two engines, the V6 is the most rewarding, supplying reasonably quick acceleration. As far as ride and handling are concerned, the Fusion is legitimately enjoyable to drive, with quick reflexes and quiet, composed ride quality. It helps that Ford, through its partial ownership of Mazda, bases the Fusion on the same platform as the impressive Mazda6.

Taken together, the Fusion’s driving dynamics are competitive with the Honda Accord, Hyundai Sonata, Nissan Altima, and Toyota Camry, if not class-leading. 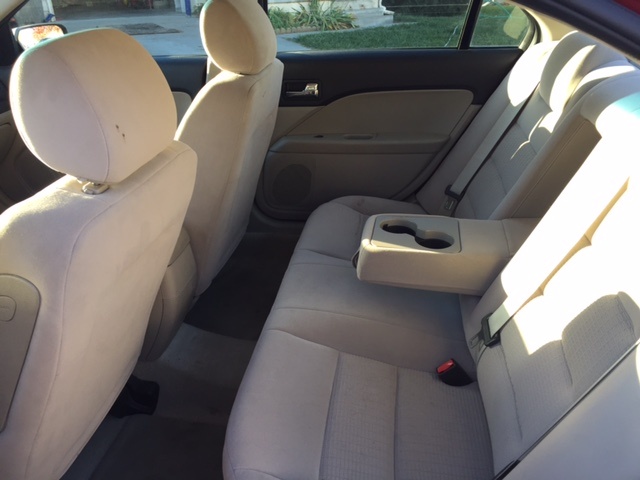 Roomy for four people (five fit when necessary), the 2006 Fusion comes with cloth or leather upholstery and features power-adjustable front seats. The car is comfortable, the steering wheel is pleasing to grip, and the controls are laid out in a logical manner.

Strangely, though, what appears to be knobs are, in fact, dual-purpose round buttons. The only knob is the one for stereo power and volume adjustment. Additionally, the turn signal stalk is positioned at an odd angle, which takes some getting used to.

Storage space is adequate, and Ford includes a covered bin at the top of the dashboard that is good for melting whatever you might store there. The trunk is roomy, measuring 15.8 cubic feet. 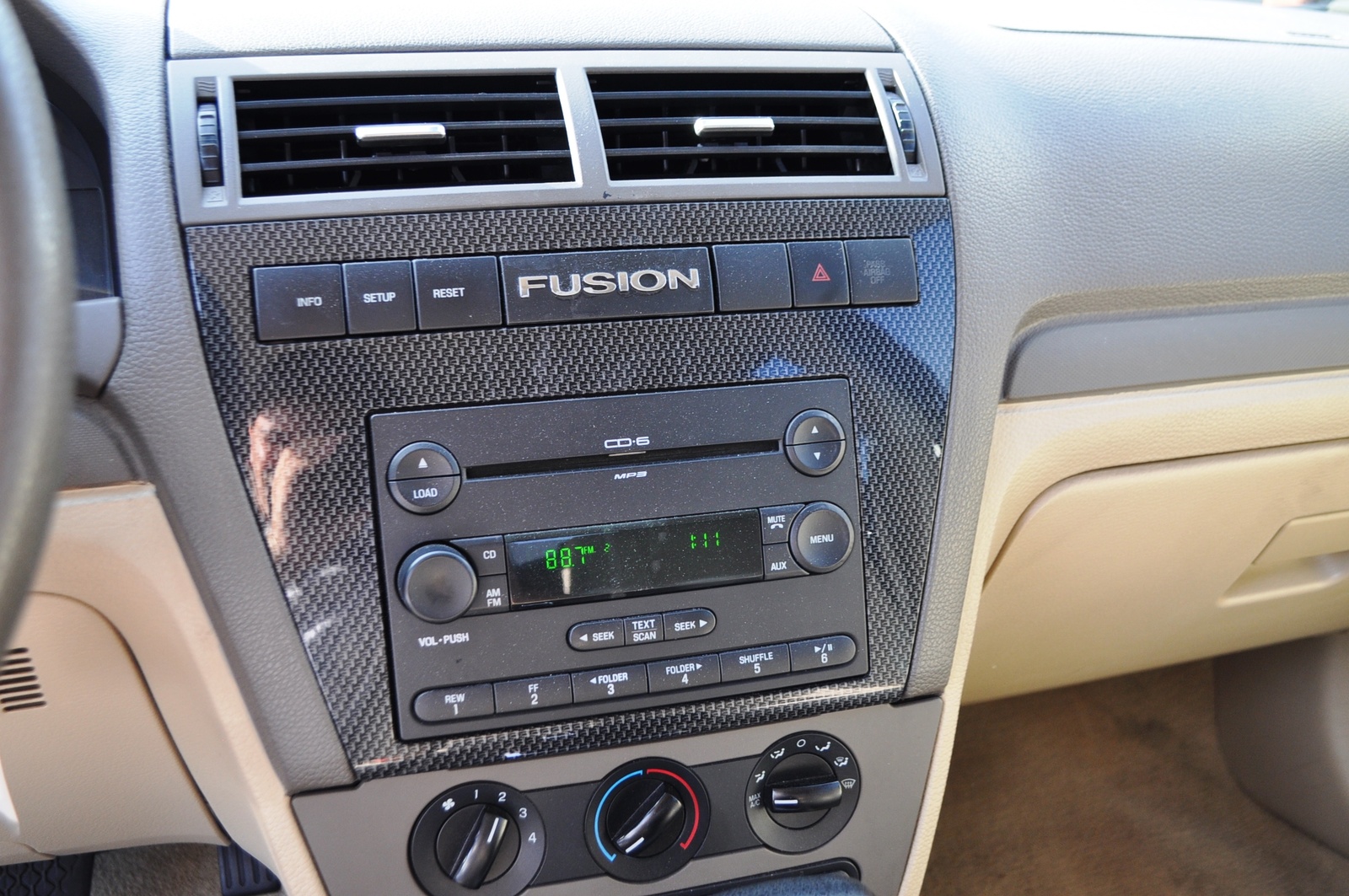 Every 2006 Fusion has remote keyless entry and a stereo with a CD/MP3 player. A trip computer is a part of SE and SEL trim, and the upscale SEL further includes a 6-disc in-dash CD changer, a radio data system, speed-sensing volume control, and automatic climate control. Options for the SEL include an auto-dimming rearview mirror and automatic headlights, among other features. 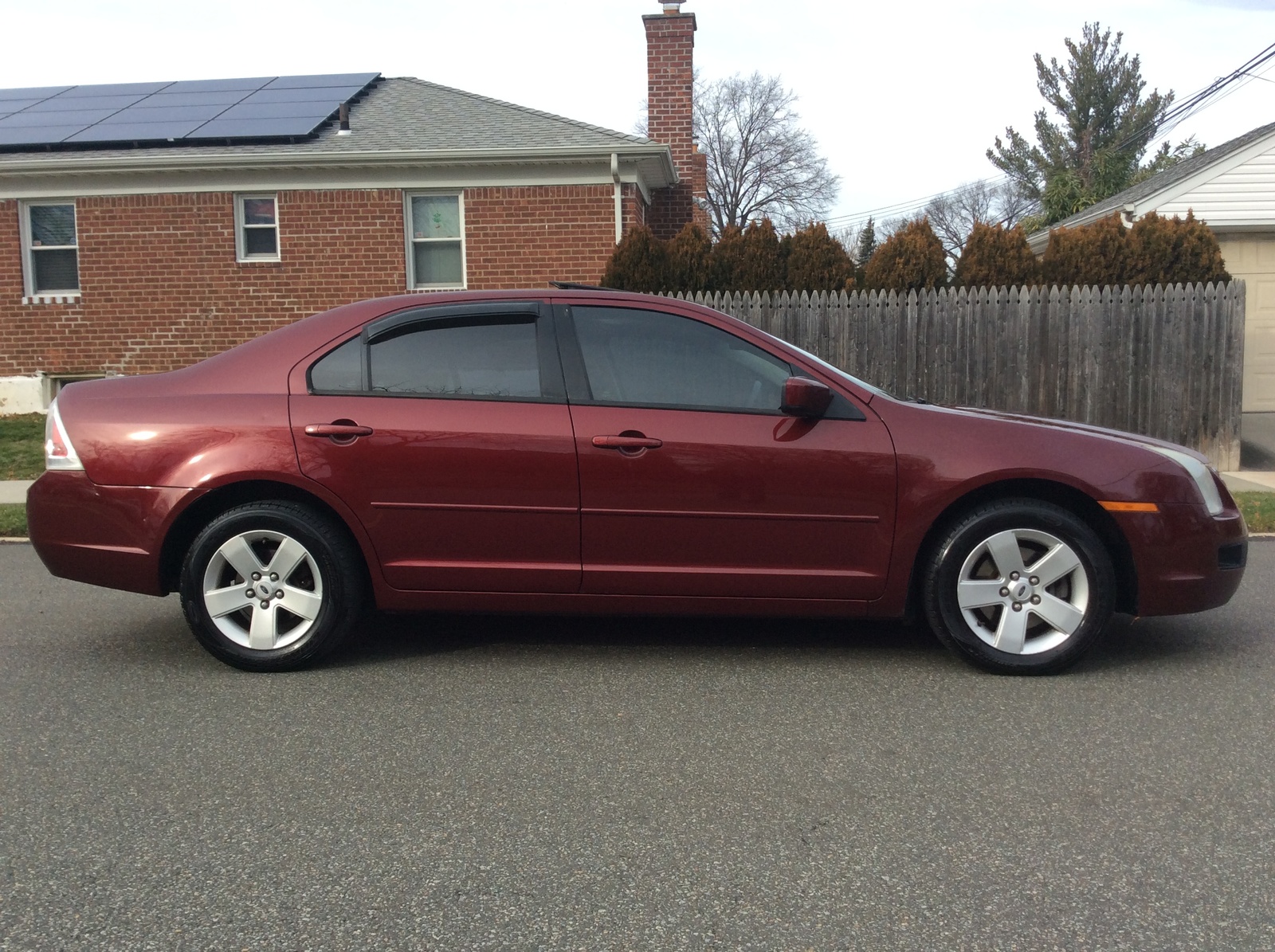 Choose a Fusion S, and you’ll get dual front airbags. That’s it. Safety-related options include antilock brakes and a package that installs front-seat side-impact airbags and side curtain airbags for both rows of seats. Versions with a V6 have traction control, but you can’t get stability control for this car.

In crash tests performed by the National Highway Traffic Safety Administration (NHTSA), the Fusion earns 4-star ratings across the board. Adding the side-impact airbags package improves the rating for driver protection to 5 stars.

The Insurance Institute for Highway Safety (IIHS) is less charitable. In fact, the 2006 Fusion earns not a single Good rating from the organization.

After the first round of testing, Adrian Lund, president of the IIHS, said in a statement: "The Fusion is a disappointment because it's a brand new design. Ford has done a good job with some other recent models, but the Fusion is at the back of the pack among midsize sedans for overall safety performance." 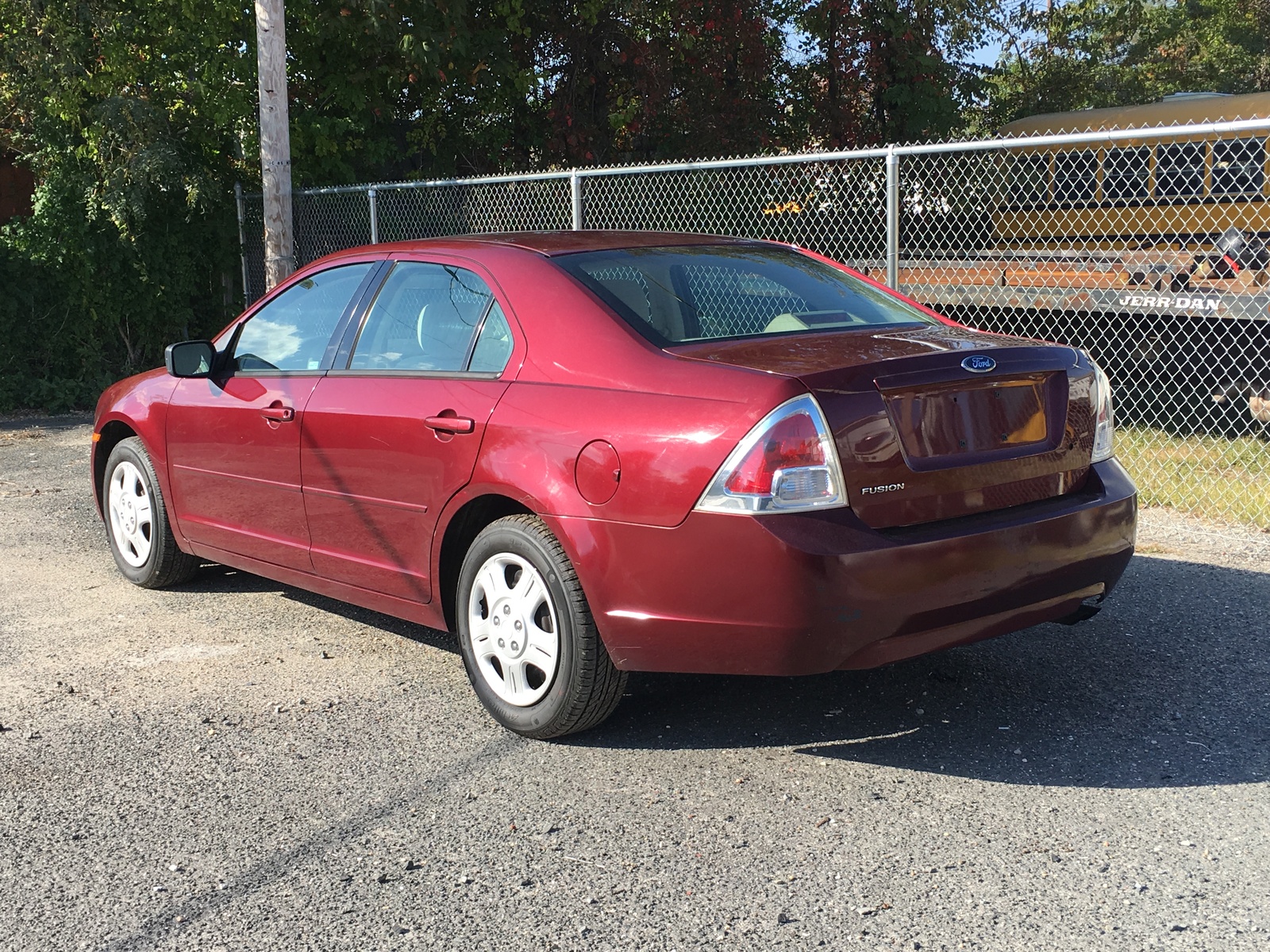 With prices ranging from under $18,000 to less than $22,500, the Ford Fusion is less expensive than rivals like the Honda Accord and Toyota Camry. At the same time, though, it is not quite as refined, doesn’t offer the same virtual guarantee for reliability, can’t match them for fuel economy, and certainly is not as safe to drive.

Unquestionably, the new 2006 Ford Fusion is a better car than the failed Taurus. But it’s not quite up to snuff in many of the ways that matter most.

Users ranked 2006 Ford Fusion against other cars which they drove/owned. Each ranking was based on 9 categories. Here is the summary of top rankings.

Have you driven a 2006 Ford Fusion?
Rank This Car

My 06 Ford Fusion Remote Will Not Lock The Front Doors I Changed The Lock ...

trying to make offer on ford fusion in st. Louis....

2006 Ford Fusion Shut Off While Driving

I was driving my car and with no warning it shut off. I pulled over and it started right back up but now my check engine light is on and showing code U0100P. Has anybody else had this problem?