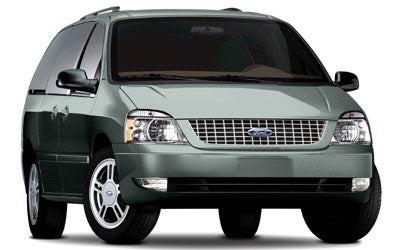 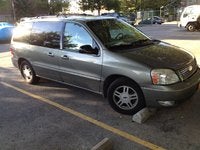 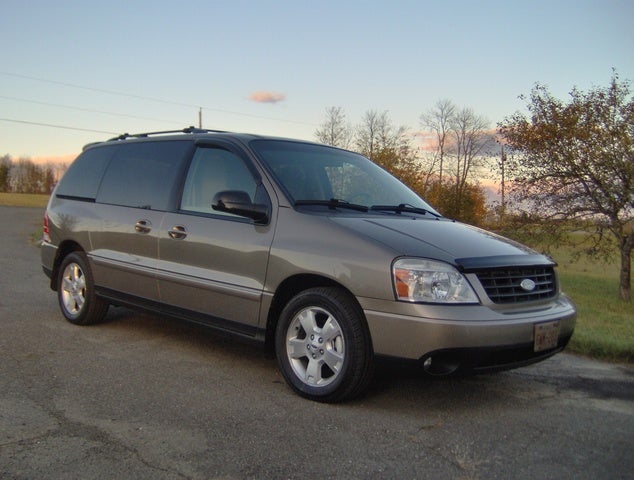 The 2006 Ford Freestar was praised as the 'safest minivan on the market', but it was hardly a safe bet for the folks at Ford. Despite some pretty nifty engineering that made the '06 Freestar a safe, stable, quiet, and comfortable ride, the vehicle never quite found its niche.

Part of the problem was the Freestar's ongoing identity crisis: is it a van? A wagon? An SUV/van crossover? Another issue was the declining popularity of minivans in general. And, of course, in a year when gas prices topped $3 per gallon (however temporarily), buyers were shying away from big vehicles in general.

Actually, the '06 Ford Freestar's fuel efficiency is pretty respectable, with 17 mpg city, 23 mpg highway. And the Freestar is a solid people-hauler with quite a bit of versatility, in terms of interior configuration. Somehow, though, buyers stayed away in droves.

One group that did embrace the 2006 Freestar was drivers with disabilities. The Freestar's low-to-the-ground styling made it easy to enter and exit (as well as to customize with wheelchair ramps and lifts), and the roomy interior was a boon to people needing space for assistive devices.

The 2006 Ford Freestar was available as a cargo van, and in three passenger trims: SE, SEL, and Limited. The Limited edition offered a lot of luxury touches, like power sliding doors, heated mirrors, leather upholstery, and second-row bucket seats, but even the most basic model offered a cocoon of comfort.

Guru9W47JL Bought a 2006 in 2008 have had it since then. Driven it 140,000 miles. Had 30000 on it and now has 170000. Put a brain it it at 90000 and other than regular maintenance, tires and brakes, it has had no other repairs. Everything works on it. We have purchased 3 other later model vehicles but never got rid of the van. Easily the most dependable vehicle I have ever owned and I have been driving for 58 years. I use it to put our boat in the lake, and to go out and cut firewood.

Have you driven a 2006 Ford Freestar?
Rank This Car

Everytime It Rains My Van Chugs Sputs And Spurts What Else Do I Need To Che...

Car Wont Start On A 2006 For Freestar

Changed out steering column not it wont start

When I Try To Start My 2006 Freestar Nothing Happens. It Has A New Battery ...

My 2006 Ford Freestar's Passenger Seat Belt Is Locked, How Di Get It Unlock...

220 views with 2 answers (last answer about a year ago)

Where Is The Flasher On 2006 Ford Freestar

484 views with 2 answers (last answer about a year ago)