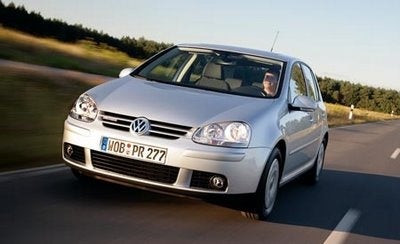 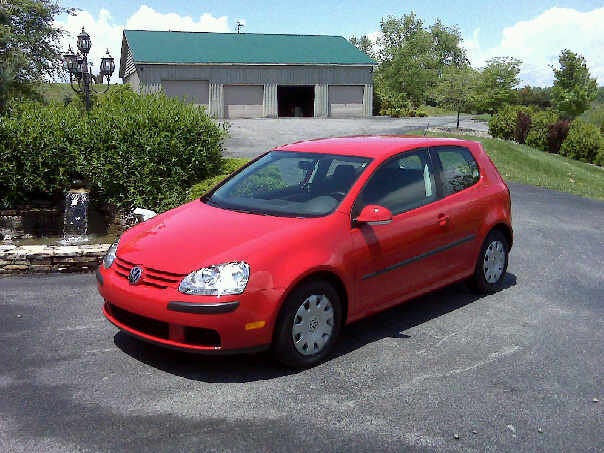 Volkswagen made no changes to its venerable Golf hatchback for 2005, in anticipation of a completely redesigned vehicle due the following year. Two basic trim packages were still available. The Golf GL came in either a two-door or a four-door version. The two-door Golf was available with only a 115-hp, 2.0-liter 4-cylinder gas engine, while the four-door version was available with either the 4-cylinder gas engine or a 100-hp, 1.9-liter diesel engine with the TDI (turbo direct injection) feature.

Standard features for the GL package included air conditioning, power windows, power door locks, front and side airbags for the driver and passenger, anti-lock brakes, a tilt/telescoping steering column, an anti-theft alarm system, a keyless entry system, cruise control, and a stereo system with a CD player. The GLS added a power sunroof, among other features. Stability control is optional across the line.

Drivers gave positive marks to the Golf's build quality, acceleration, handling, safety features, and smooth-shifting manual transmission. Gas mileage, though, was noted by some drivers as not being as good as expected.

What's your take on the 2005 Volkswagen Golf?

Users ranked 2005 Volkswagen Golf against other cars which they drove/owned. Each ranking was based on 9 categories. Here is the summary of top rankings.

Have you driven a 2005 Volkswagen Golf?
Rank This Car

My car starts perfectly- had a decent service Came back and now when I put into drive or reverse the car doesn't move? What could be the problem

491 views with 2 answers (last answer about a year ago)

If Your VW Golf Broken,what Will You Do?

If your VW golf broken,what will you do?Some one told me that the Super VAG K+CAN V4.8 Newest Version can slove any problems of golf.I don't think so.Even I am a newer about VW golf.My car has been v...

119 views with 2 answers (last answer about a year ago)

32 views with no answers yet

This is the 2nd time in one month that my battery is draining. Battery is one month old. Today when i had tint applied and they had to operate windows. It happened again. Please assist. I have a go...

Just recieved a quote from a mechanic for $1,400. He said changing the cam plug alone would cost $700 because he needs to remove the camshaft cover to get to it. He said it's about a 6 hour job. He ...