Despite the redesigned 2005 Tacoma’s tech-forward interior, it remains a back-to-basics pickup. 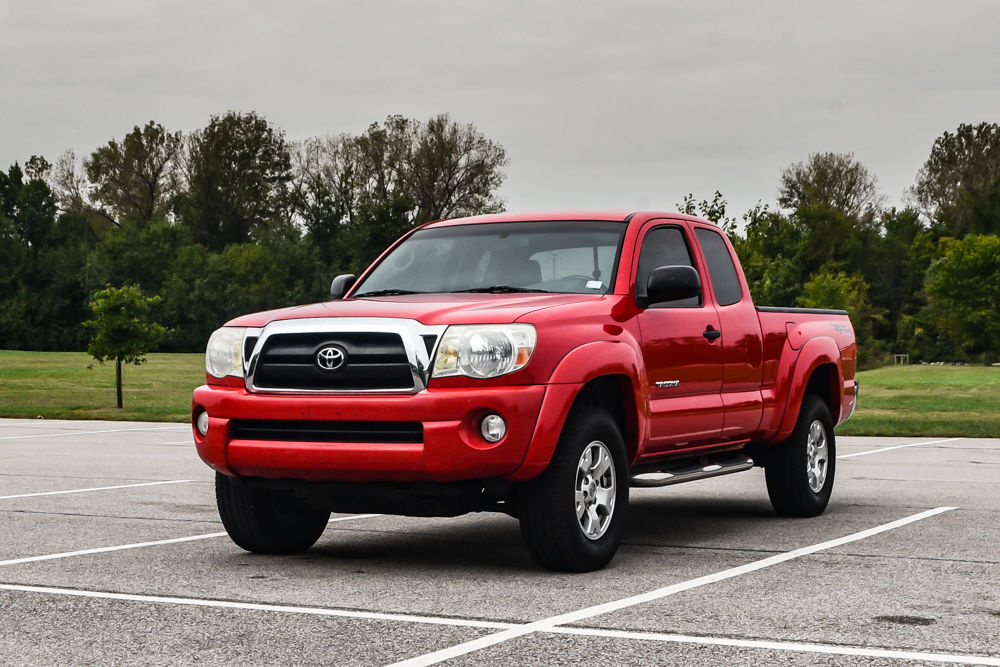 The Toyota Tacoma enjoys a reputation as one of the longest-lasting and longest-running vehicles on the road today, and it’s been a part of Toyota’s lineup in some form or another since 1995. The company’s ability to build a solid, dependable, and capable pickup truck is on full display with the updated 2005 Tacoma. Even so, rival trucks from Nissan and Ford have also gotten better over the years, so how well does the Tacoma stand up to its competition? 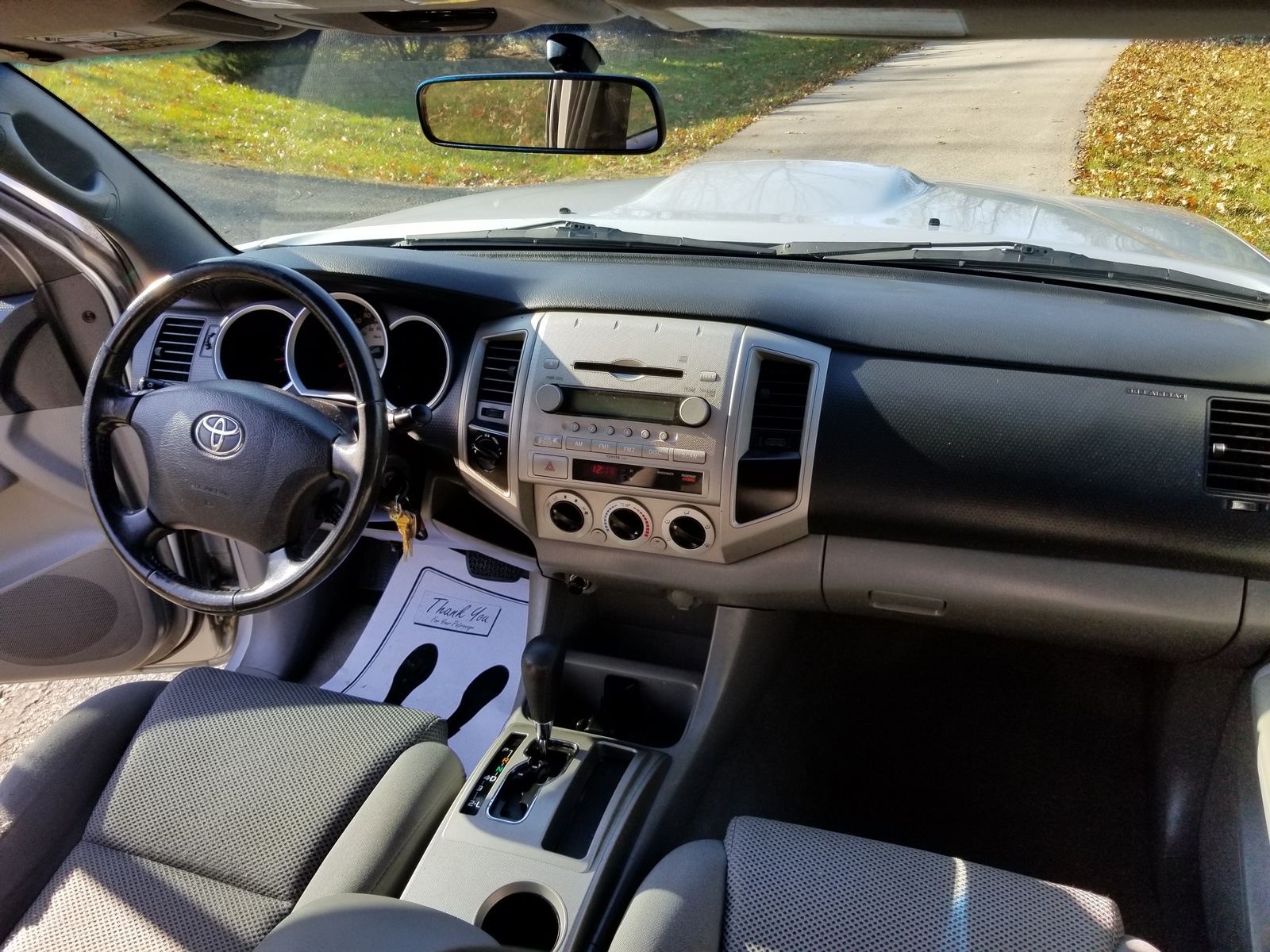 The old Tacoma tackled the new millennium with charm befitting a truck that was conceived in the mid-1990s. The 2005 Tacoma has been improved and overhauled in nearly every way, both from an appearance standpoint and a functionality standpoint. The new truck has curves and accents where the last had straight lines, and the updated Tacoma’s fender flares give it a more muscular appearance overall.

Inside, it’s still all business, although now the truck’s technology takes center stage. A CD-stereo dominates the large center stack, putting controls and display screens front and center for all to see. 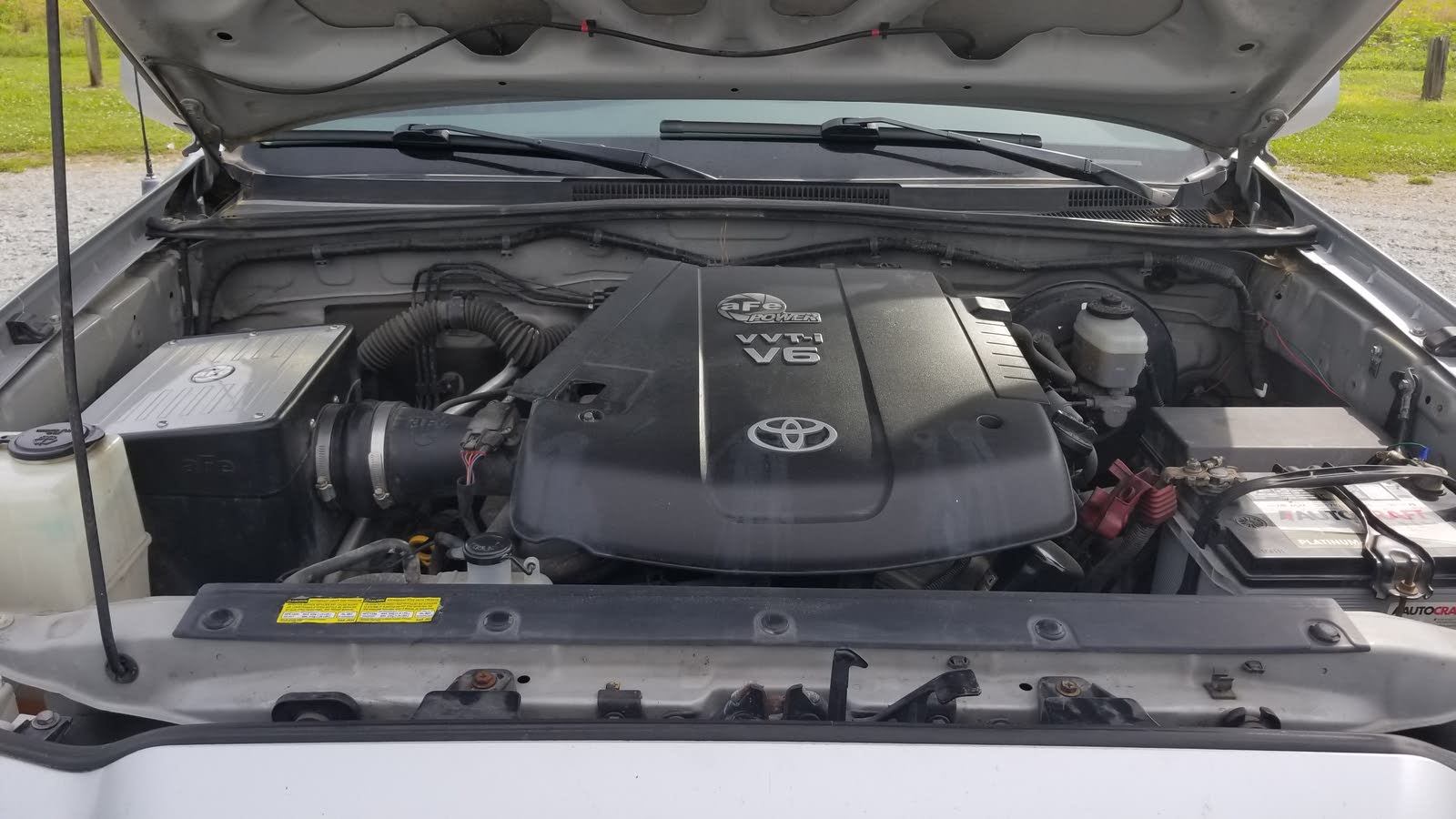 The Tacoma’s standard 164-horsepower 4-cylinder engine gets the job done, especially when paired with the 5- or 6-speed manual transmission. The 4-speed auto takes some of the guts out of the powertrain and could use an extra gear, while the 5-speed transmission feels like a sweet spot for the truck. When equipped with the 245-horsepower 4.0-liter V6, the Tacoma is downright quick and has more than enough low-down “grunt”.

The advantage of having a smaller truck is that they handle better and are more maneuverable than their full-size counterparts, and the Tacoma’s ride does not disappoint. It’s confident and easy to drive in nearly all situations and feels predictable without being boring.

4-wheel drive (4WD) is easy to use, and it’s convenient to shift between driving the rear wheels (RWD) or all four. 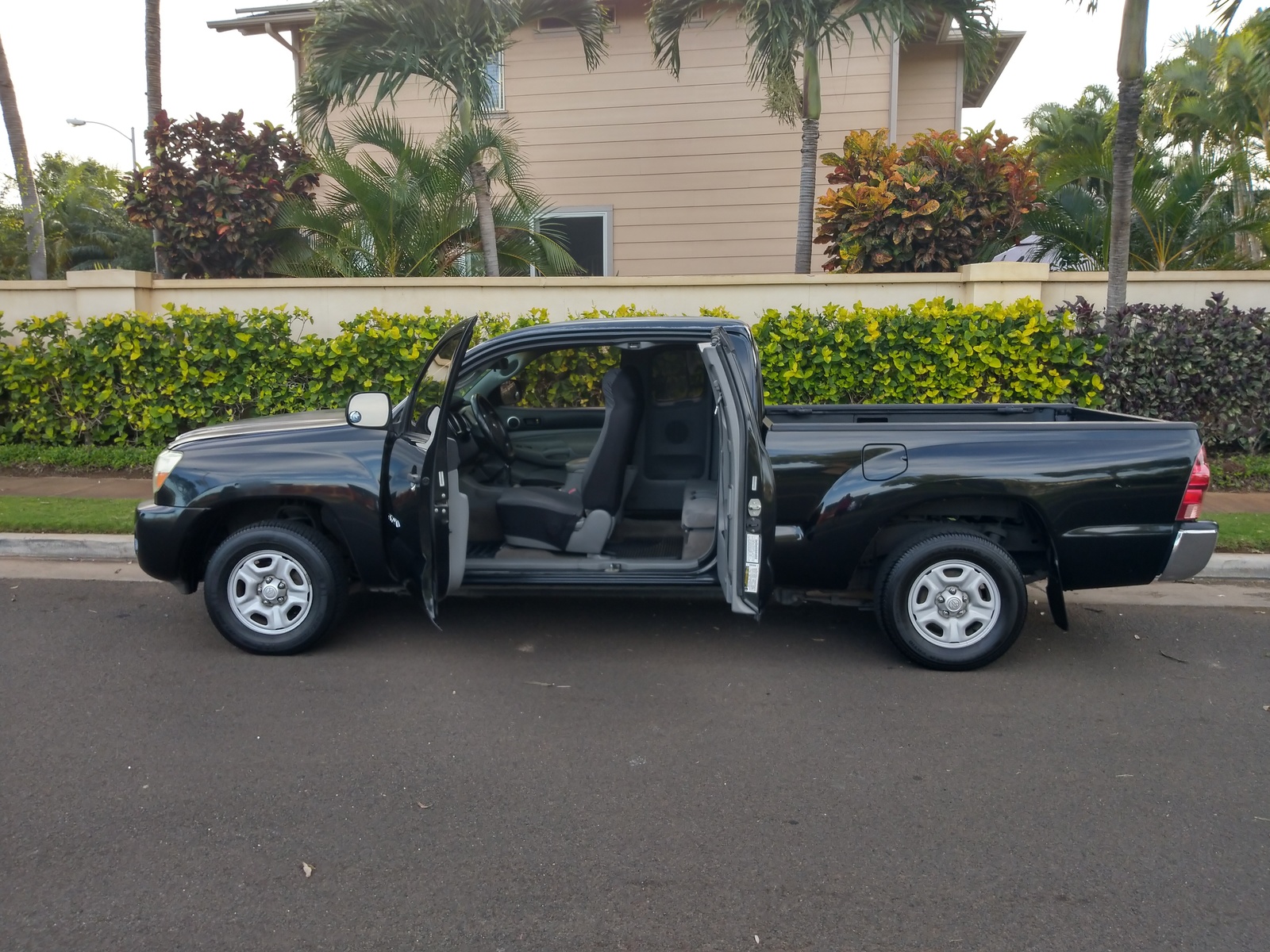 The Tacoma feels quite a bit like the equally legendary Toyota 4Runner, and that’s a great thing for the truck. The new Tacoma has a quality of construction and degree of comfort that is unmatched in the compact truck segment.

Even in the lowest trims, the Tacoma’s cloth seats are well-bolstered and supportive, but they could use more padding for longer drives.

The Tacoma is highly customizable, with up to 18 different body and trim combinations, each of which is functional and easy on the eyes. The Tacoma’s “just right” bed length works well for nearly any size cargo, but the longest items will require a lowered tailgate and need to be anchored. 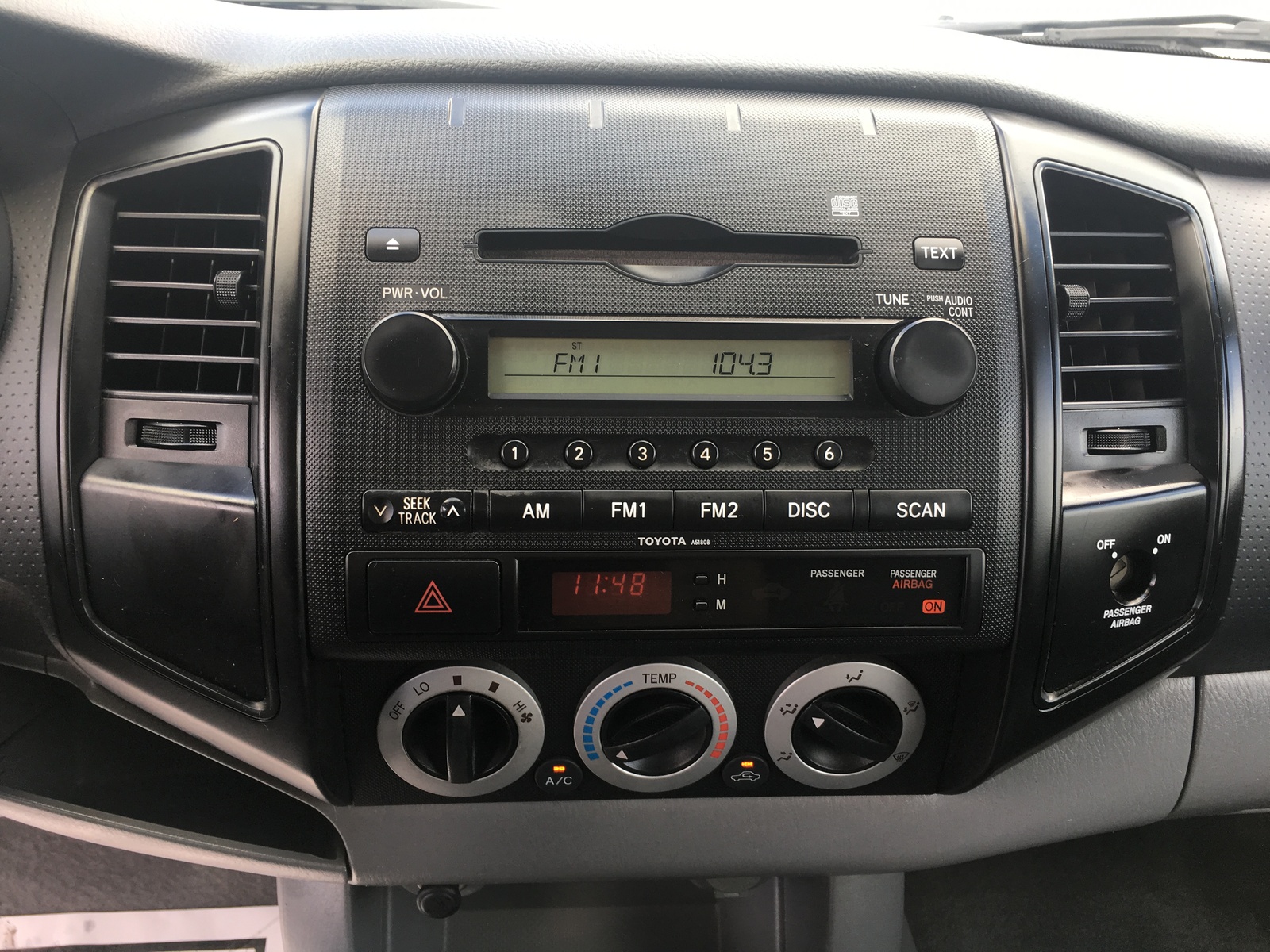 The Tacoma is a basic truck and its technology features reflect that. Not even power windows or air conditioning are included in the Tacoma’s list of standard equipment. The stereo offers few frills, with a CD player, AM/FM stereo, and auxiliary inputs. The audio system will leave any audiophile wanting, as the Tacoma’s sound is about as plain as it comes. If you’re buying a truck for barebones needs, the Tacoma won’t let you down. If you’re looking for tech, you’ll want to broaden your search. 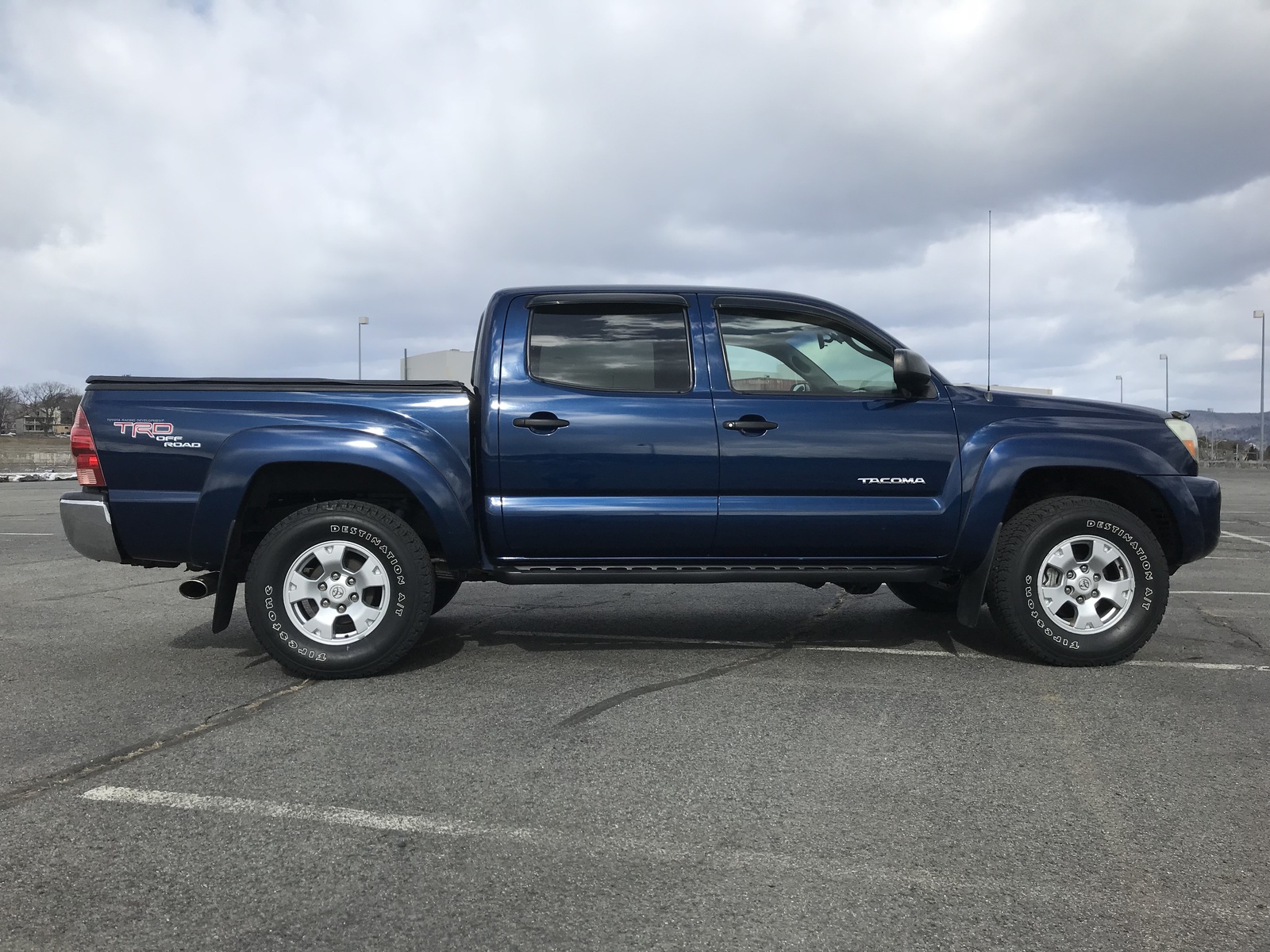 Trucks are hit or miss on safety records, but the Tacoma performed well in most crash tests. It comes with dual front airbags, and its moderate overlap front and side crashworthiness were both rated Good by the Insurance Institute for Highway Safety (IIHS). But its roof strength and head restraints were both rated Marginal. The National Highway Traffic Safety Administration (NHTSA) awarded the Tacoma five stars for front driver- and passenger-side protection. 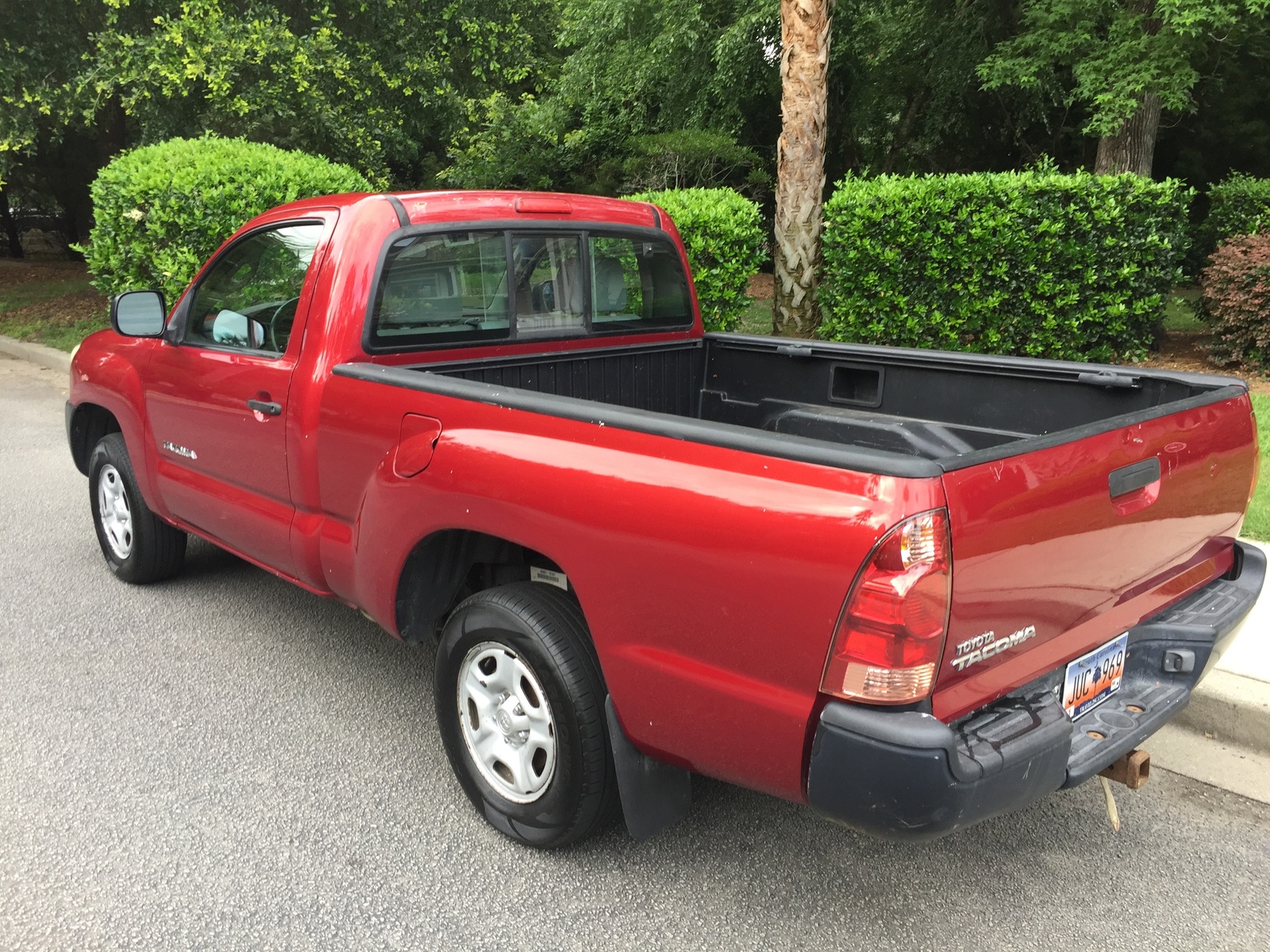 If you just saw the Tacoma’s price tag of $16,855, the truck would seem like a steal, but that number only tells half the story. Tacomas equipped with the 4-cylinder engine manage up to 18 mpg city, 25 highway, 20 combined with RWD and a manual transmission. However, add the V6, and the Tacoma can’t perform better than 16 mpg city, 21 highway, 18 combined.

In its most basic and most affordable form, the Tacoma only comes with the bare minimum of what it takes to safely drive down the road. Even so, it won’t take much to add in some niceties, and the extras don’t drive the Tacoma’s price through the roof. All-in, the truck lands at just over $25,000 and will likely last longer than just about anything else on the market.

Users ranked 2005 Toyota Tacoma against other cars which they drove/owned. Each ranking was based on 9 categories. Here is the summary of top rankings.

Have you driven a 2005 Toyota Tacoma?
Rank This Car

My heater goes cold unpredictably but possibly more often when idling. The temperature gauge is normal. What's the problem? Is it fixable by me, a fairly capable amateur?

I have no circulation to heater core unless revved above 2000 rpms. Truck doesnt overheat and building pressure in coolant system. Cannot figure what is causing this. Suspecting blown head gasket ...