Toyota makes minor changes to one of the most popular cars on the planet. 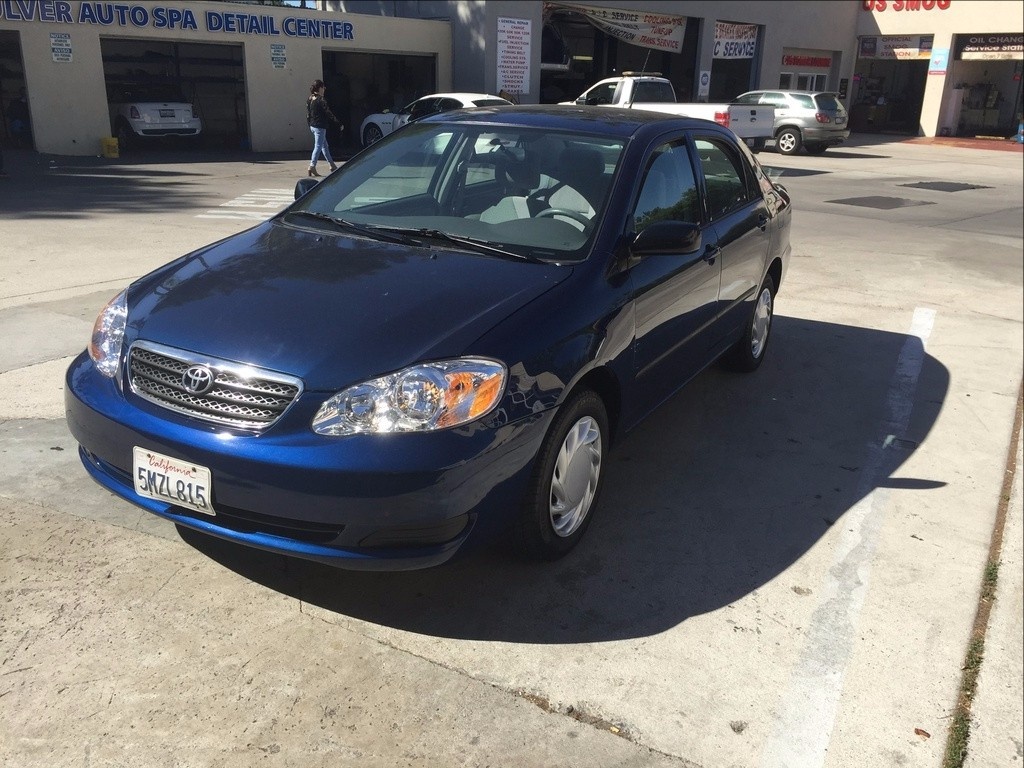 New for 2003, the ninth-generation Toyota Corolla continued this compact sedan's fuel efficiency, cost, and steadfast reliability while improving quality and safety. The 2005 is a notable model year for two reasons: Side curtain airbags and stability control became options, as did an all-new XRS sport model with a high-revving engine straight out of the Celica. 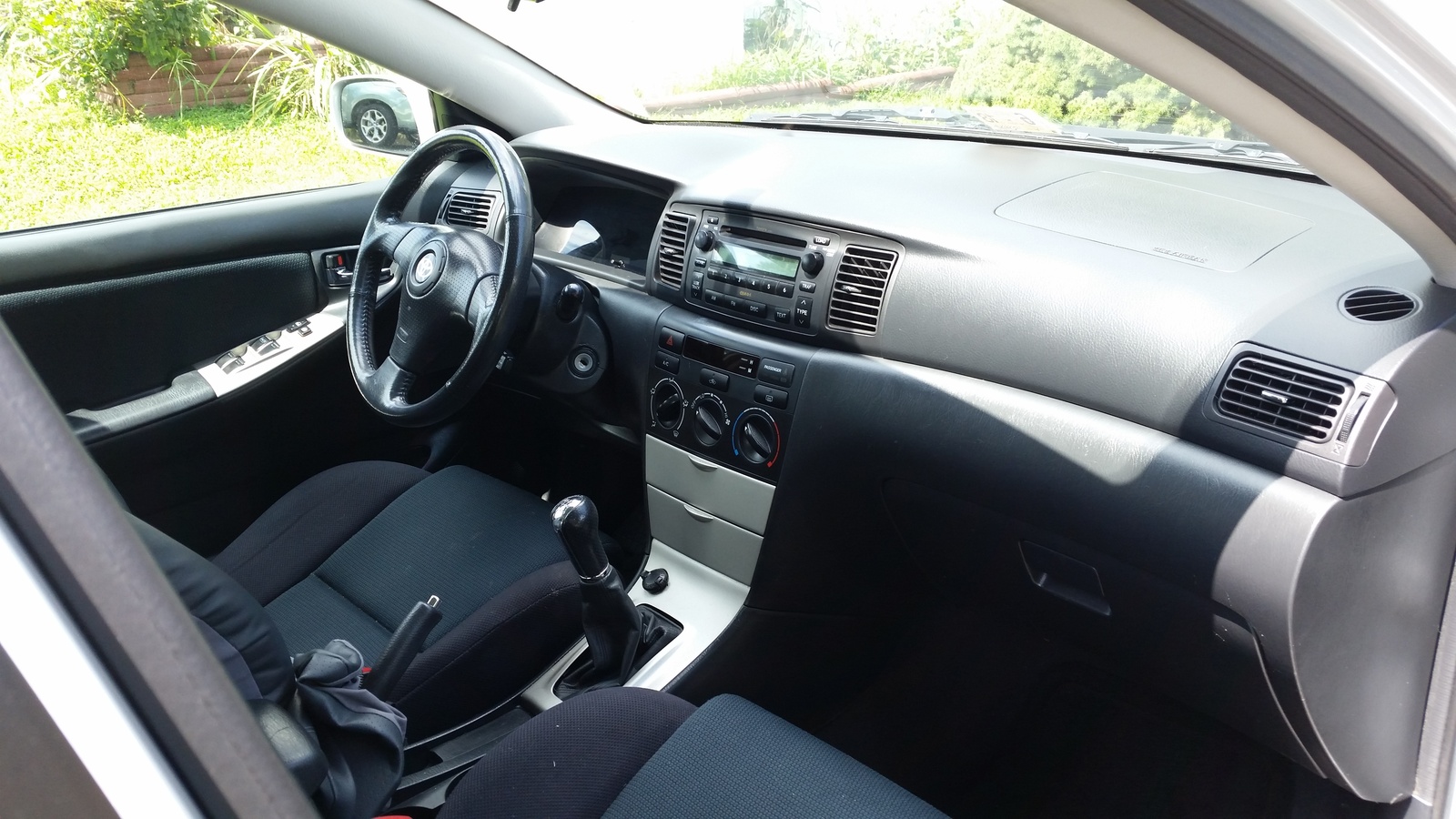 Toyota made mild changes to the front end—notice how the "T" badge is positioned at the top of the grille instead of dead-center—and swapped in restyled taillights. Otherwise, the 2005 Corolla is the epitome of a boring little car, with or without the SE's trunk-lid spoiler and extra body cladding. Save for the Chevrolet Cobalt, no other mid-2000s competitor looks any better, but few can boast the same build quality. Toyota claims it used the same tolerance standards for panel fitments and body gaps as Lexus. Inside, everything but the LE's glossy fake wood will age well. That trim also offers leather seats and "Optitron" gauges that appeared sharper. The three-spoke steering wheel is wrapped in leather on all trims except the base CE, while the S has a unique tachometer. The XRS has its own cloth trim and accents. 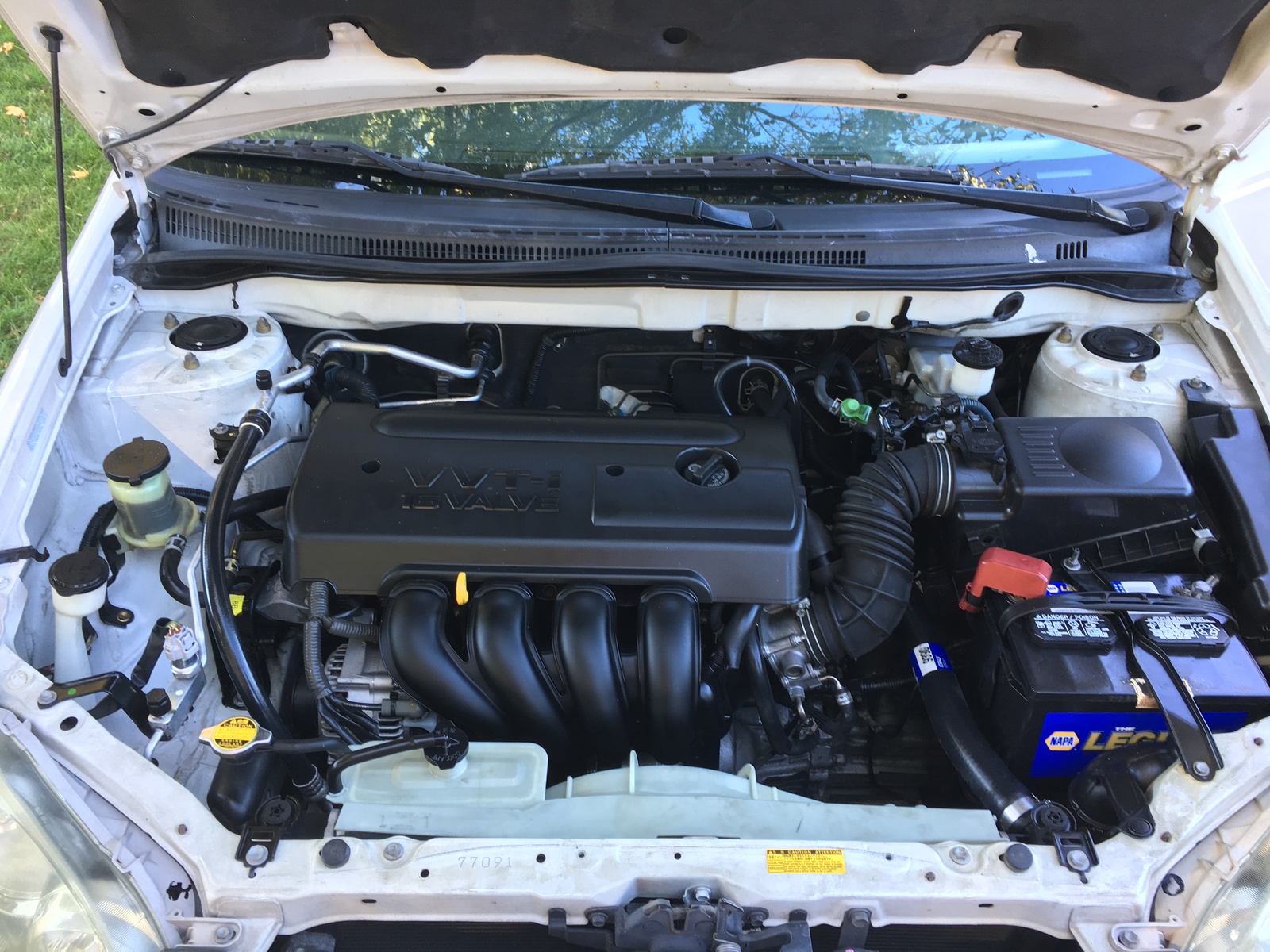 A 1.8-liter inline 4-cylinder is standard with 130 horsepower, 125 pound-feet of torque, and a 5-speed manual transmission driving the front wheels. A 4-speed automatic is optional on all trims except the XRS, which is new for 2005 and comes with a rare gem: A 6-speed manual. The XRS is legit sporty. It comes with a stiffer suspension, a half-inch lower ride height, retuned steering, larger 16-inch wheels, and a 170-hp engine that revs to 8,200 rpm and uses variable intake valve timing that makes some wild sounds for a Corolla. Aside from the XRS, the Corolla drives with minimal verve. It's a docile machine with light steering, a quiet ride, and a soft brake pedal. 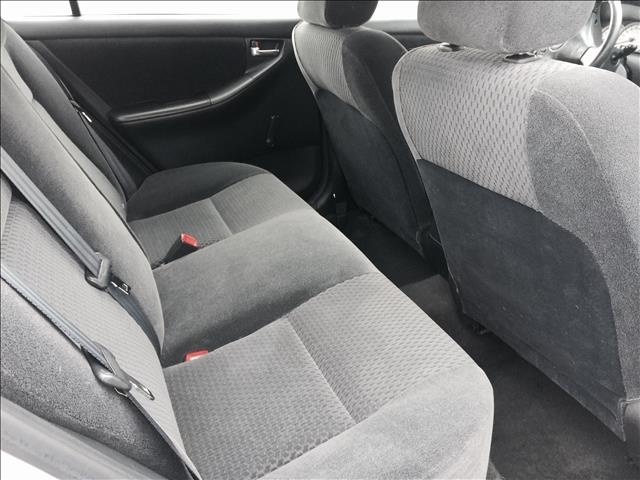 From a livability standpoint, the seating position is the worst thing about the 2005 Corolla. Test drivers can't seem to get comfortable. Else, the Corolla is easy to use, and it offers lots of cubby storage, large controls for the stereo and climate... and that's it. The trunk is spacious and the seats fold 60/40. Visibility from the driver's seat is excellent. A sunroof is optional. 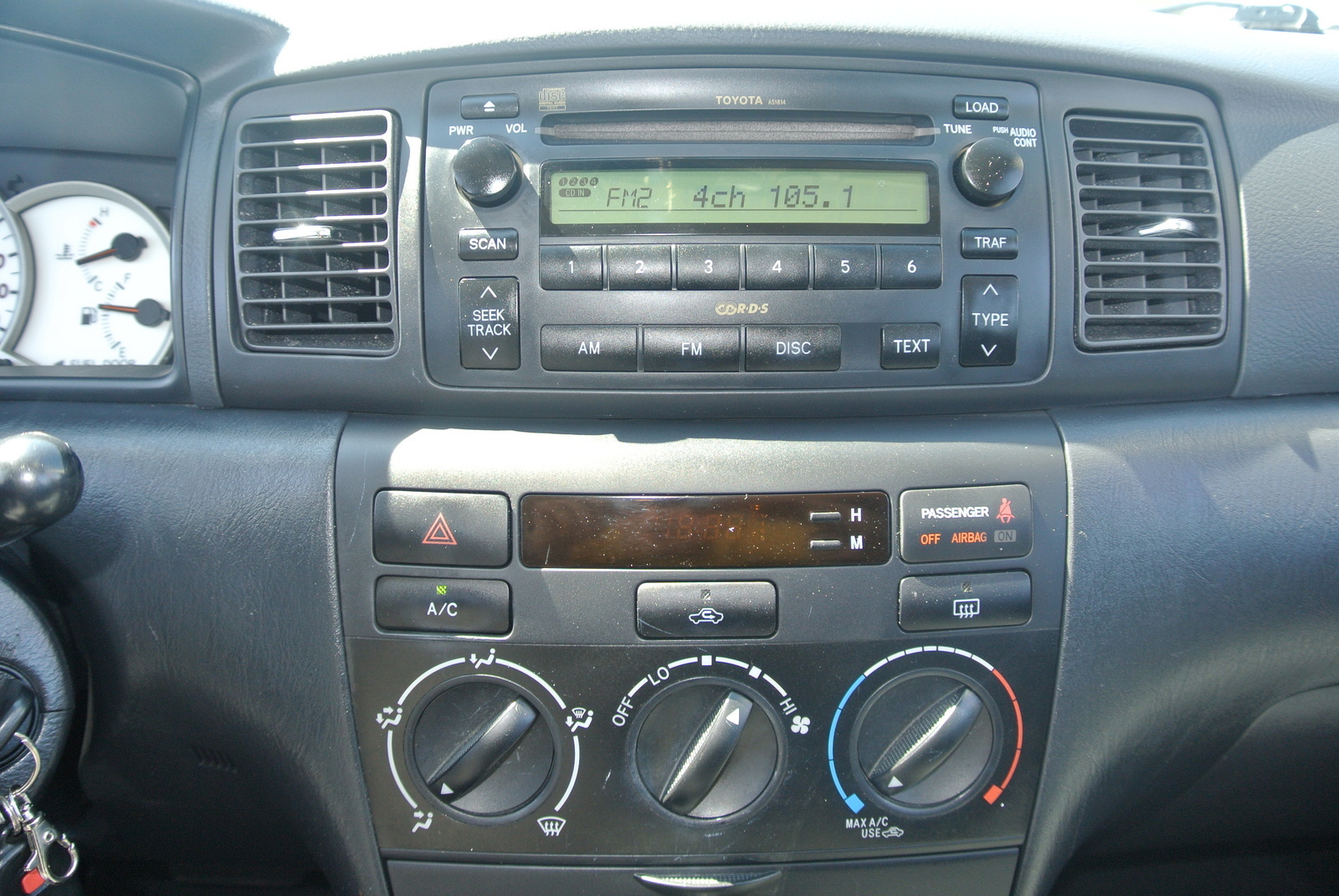 New for 2005 is an optional JBL stereo with a six-disc CD changer. Power windows do not come standard. They're part of an option package that includes cruise control and keyless entry. An outside temperature gauge comes standard, along with air conditioning. 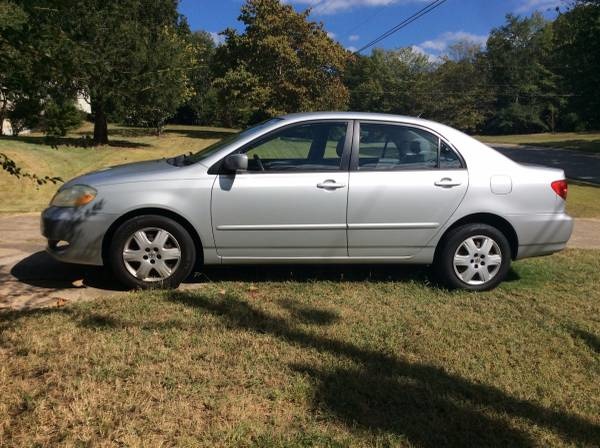 New for 2005 are head-curtain airbags and stability control, but they're optional safety features to go with optional front side airbags and anti-lock brakes. Most Corolla models won't have them unless it's the top LE trim. At the time, the 2005 Corolla was rated five out of five stars by the National Highway Traffic Safety Administration (NHTSA) in driver and passenger frontal crashes, and four out of five for side-impact crashes for the driver and rear passenger. The Insurance Institute for Highway Safety (IIHS) rated the Corolla its top Good rating in its frontal crash test but only Acceptable when equipped with head-curtain airbags. Without them, the Corolla rated the worst score of Poor. 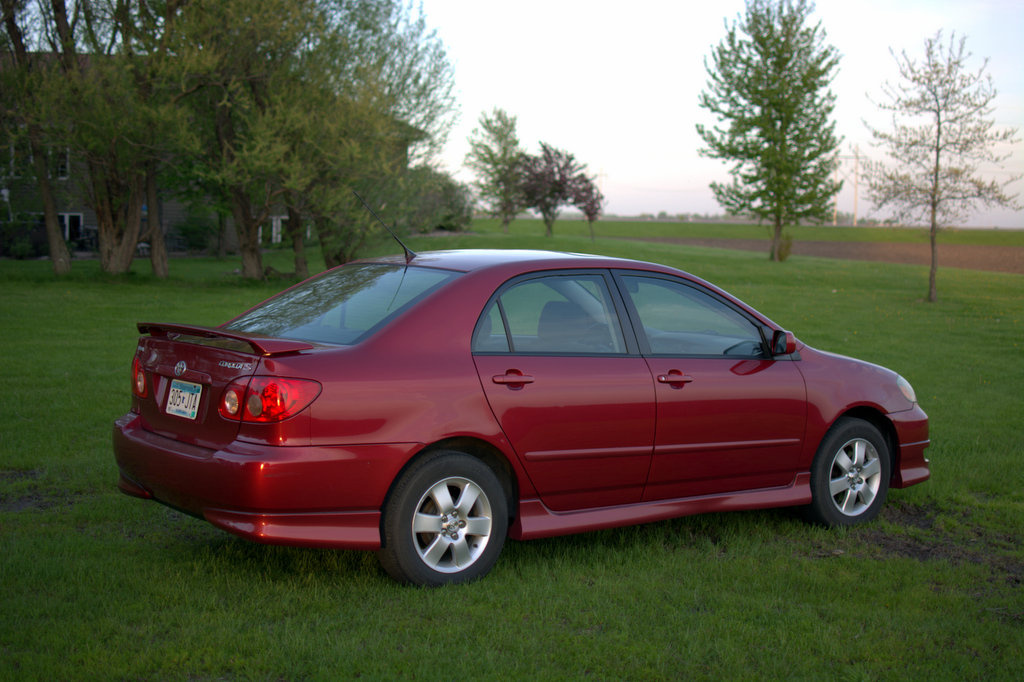 The Corolla costs very little to maintain and is designed to last well past 150,000 miles without anything major happening. That, plus decent performance and a quiet, roomy interior, make the Corolla a good choice for 2005.

What's your take on the 2005 Toyota Corolla?

ElectricalGuy So basic you'd think it was built in 1993. Runs good but does not generate any driving excitement whatsoever. Great for a teenagers first car. Nothing. to distract them while driving

Users ranked 2005 Toyota Corolla against other cars which they drove/owned. Each ranking was based on 9 categories. Here is the summary of top rankings.

Have you driven a 2005 Toyota Corolla?
Rank This Car

Dashboard Lights Turns Off After 15 Second

toyota corolla 2005, when I start the car, dashboard lights starts fine.. and I can see speedometer fine. However after 15 second.. light goes off. I was trying to debug and check tail light etc. ...

85 views with 2 answers (last answer about a month ago)

Pricing for my car is rated high yet others with similar characteristics are priced higher and noted as fair deal. What are the triggers that cause what appears to be inconsistency. Has anyone se...

Car Pick Up Failure And Speedometer Not Reading

I was driving my toyota allex and my wife asked me to stop for a newspaper. I stopped and put the engine on neutral. when I put the gear box buck on drive and pressed on the accelerator, I noticed...

How To Start Car Without Chipped Key