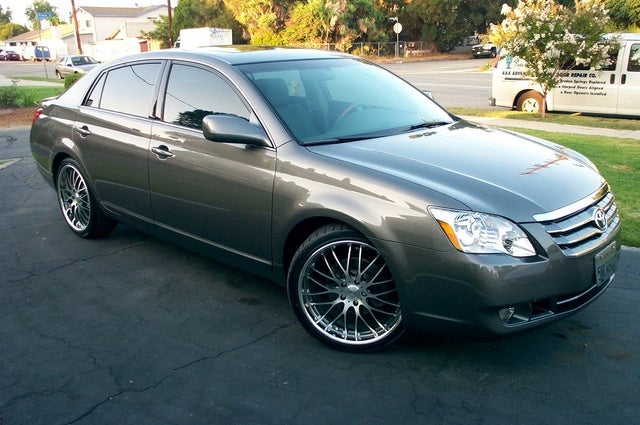 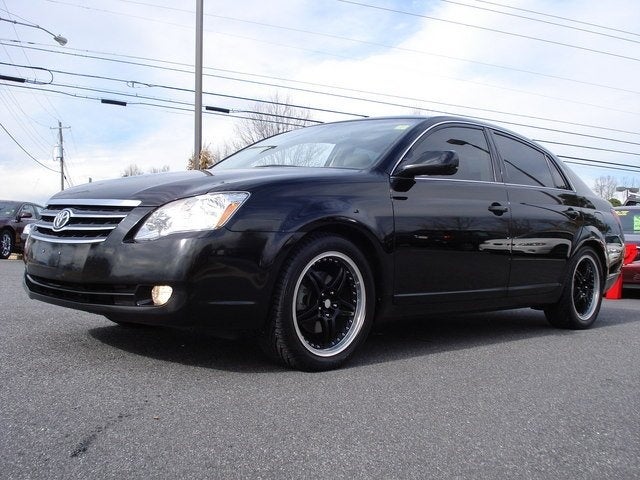 The Toyota Avalon was redesigned for 2005. Toyota was apparently tired of the Avalon being labeled as an â€œold personâ€™s car,â€ and made a goal of dropping the average age of the Avalon buyer from 67 top 60. To meet this goal, they redesigned the body to have a more aggressive, but still conservative, appearance, increased the horsepower, and offered a touring edition. The option of a front bench seat was eliminated, leaving only two power bucket seats.

The 2005 Toyota Avalon is available as an XL, XLS, Limited, or Touring. All share a 3.5-liter, 280 horsepower V6 engine, which is a slightly smaller version of the 4Runnerâ€™s. The base XL is well appointed, but the XLS and Limited come with high-end features like leather seating and faux-wood trim. The Touring is the Avalonâ€™s attempt at a sport edition, and has stiffer suspension for a less floaty ride. Fuel economy is 21/33.

Drivers like the 2005 Toyota Avalon for its comfortable ride, generous amount of leg and headroom, power, and luxury amenities. Many drivers wish the rear seat would fold down for more trunk room, and many find the shifter to be overly complicated.

Have you driven a 2005 Toyota Avalon?
Rank This Car

I Need To Get The Glove Box Out. How Do I Do That?

How do I remove the Engine?

No Heat Or Air

no heat or air

I have 2005 Toyota Avalon and the power windows will not go down. None of them front or rear. Drivers switch or individual on each door, nothing. I have made sure they are not locked from driver door...

Is Premium Fuel Necessary For The Avalon?