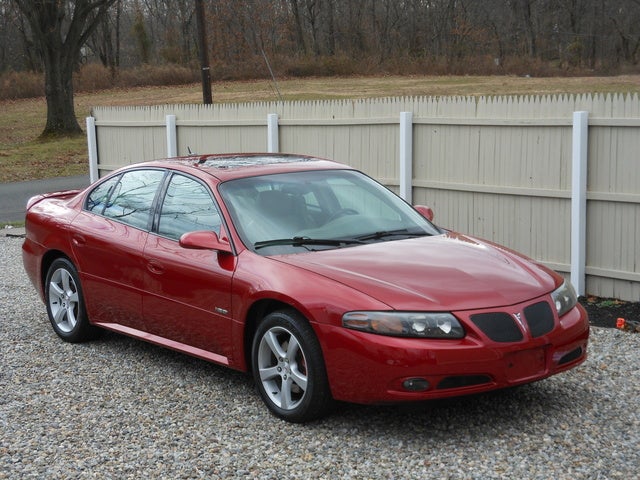 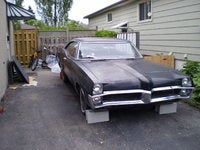 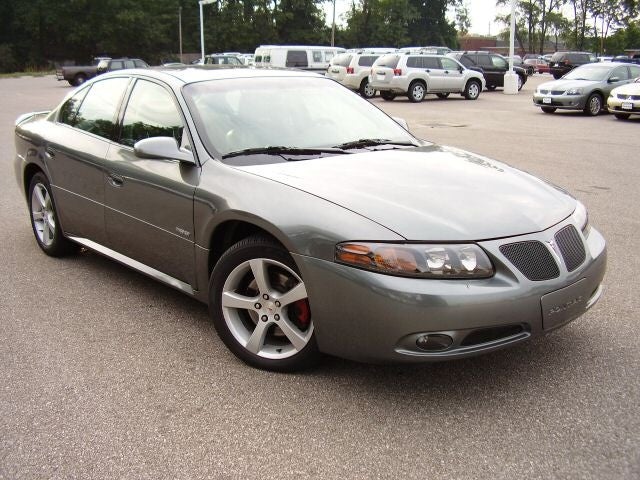 After 47 years on the market, the Pontiac Bonneville hears the fat lady sing in 2005. Starting life as Pontiac's sporty full-size coupe and convertible in the 1950s and evolving into the boat-size sedan and station wagon of the 1970s, it had reconnected in its last years with its full-size performance sedan roots. But lack of marketing and poor consumer buying response has prompted Pontiac to pull the Bonny and replace it with the Grand Prix GXP in 2006.
As such, few changes were made to the 2005 Pontiac Bonneville. OnStar became standard across the SE, SLE, and GXP trims, and the SLE borrowed some exterior styling from the GXP in terms of its fascias, lights, and body moldings. The SE and SLE models featured a 3.8-liter, 205-hp V6, while the racier GXP housed a 4.6-liter, 275-hp V8. All came standard with 4-speed auto tran, dual front airbags, and ABS brakes. Traction control was standard on SLE and GXP trims, and side airbags were standard on the GXP and optional for the others. Though the GXP was tricked out with top-of-the line features, including an independent sports suspension, the SE was a great value. The V6 performed well, and it came with many standard features.

The 2005 Bonneville was a good compromise for drivers wanting the practicality of space, but the fun of a performance engine and the luxurious comfort of pricier imports. It has always been known for roominess, and though the current batch of Bonnies sacrifice some rear head and legroom for its sportier styling, it still seats four comfortably and offers a spacious trunk.

Drivers love the Bonneville's speed, handling, good cornering, and smooth comfortable ride. They say it makes a great cruising car, comfortable for long trips. They also love the exhaust rumble in the GXP. Acceleration is instant and confident on the highway. Downsides include the cramped backseat, lack of manual transmission option to really enjoy the V8, an overdone and complicated instrument panel, cheap plastic parts that break, and no fold-down seat option. Some mention noticeable brake squeal and the poor depreciation value of the Bonneville.

What's your take on the 2005 Pontiac Bonneville?

Have you driven a 2005 Pontiac Bonneville?
Rank This Car

Shudders Sideways When I Hit A Bump Or Pothole

What can I do to help with the acceleration and power?

Trying To Figure Out What’s Connected To The Engine Of A Pontiac Bonneville...

Something unconnected to my engine. It still starts but when I put my foot on the gas it shakes real bad.

Overheating Engine. 2005 Pontiac Bonneville What Would Cause My Engine To O...

My radiator is full to the top. Looks too full to me. Overflow tank is up to full line. Found antifreeze on the ground under the car and heater barely warm. Why?

What other orher transmissions are compatible to a 2005 Pontiac Bonneville