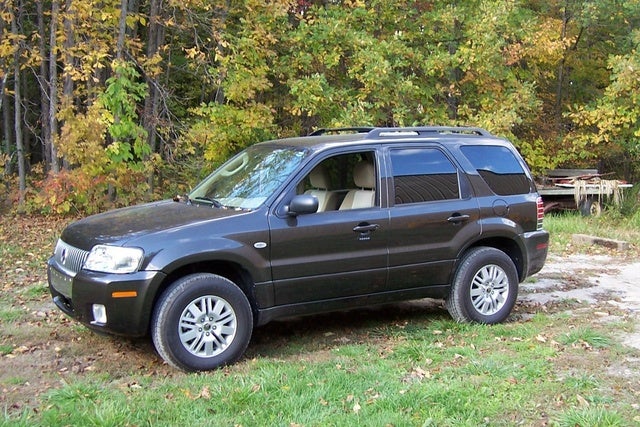 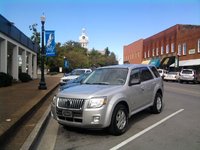 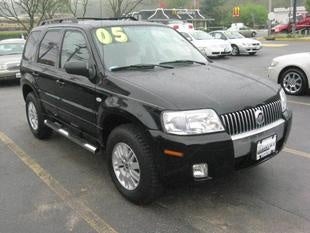 In 2005, Mercury's addition of the Mariner filled out its slot for a compact sport utility. The Mariner's Ford siblings, the Escape and the Mazda Tribute, share the same running platform.

The application of the Mercury styling cues - "waterfalls" front grill, large air inlet in the front fascia, and other unique touches - made one reviewer see Lincoln Navigator features. But there are no power running boards here, as Mercury pitches this compact SUV to a younger upscale audience.

The interior treatment reflects the upscale nature of the Mariner with its highest trim line, Premium, featuring unique two-tone interiors that impressed reviewers. Leather with suede insert covered heated fronts seats are options built upon Mazda sourced seat frames. These seats also offer 6-way power adjustment with a manual lumbar support. Reviewers commented on the greater comfort of the Mariner seats when compared to the Escape. And with more sound insulation than its siblings, Mariner affords the quietest interior. Mercury focuses on the "luxury" aspect of its compact SUV to gain entry to this niche market.

The ride tends to be softer than the Escape, but proves to be as "tossable" on the highway due to the shared running gear platform. The Mariner offers either a front or a four-wheel drive configuration driven through a four-speed automatic transmission by either an I4 or a V6. At a "slender" 3,285 - 3,328 pounds (depending on engine choice), either of these engines move the Mariner along reasonably well, though both are noisy in the upper range. The four cylinder averages 20.5 mpg and the AWD V6, 19.5 mpg.

In the compact SUV market, the Mercury Mariner should be considered given its basic features and upscale components.

What's your take on the 2005 Mercury Mariner?

Have you driven a 2005 Mercury Mariner?
Rank This Car

I have a 05 mercury mariner. I've been constantly having to put antifreeze and water in it daily. It hasn't ran hot on me any, and I sat on pavement for 30 mins waiting to see for a leak and saw no ...

81 views with 2 answers (last answer about a year ago)

Water pump light stays on and overdrive light as well