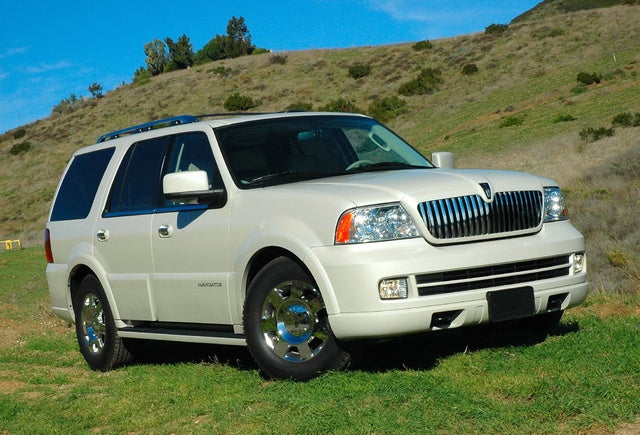 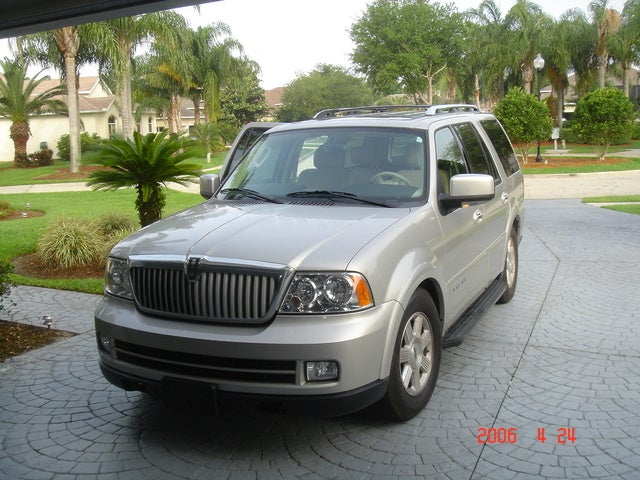 Something finally happened under the Lincoln Navigator's hood for the 2005 model year. No, its new engine didn't come with a power boost, as this V8 had the same 5.4-liter/300-horsepower output of its predecessor, but this one supplied 10 more pounds-feet of torque than the previous. The '05 edition also got a more efficient transmission, (the same one, in fact, found in the Jaguar XJ sedan), going from a four-speed to a six-speed. The results were smoother shifting and perhaps an additional mile per gallon of gas.

Other improvements from the previous year were the addition of AdvanceTrac with Roll Stability Control to the Luxury trim level, improved running boards, new chrome wheels, and new looks for the fascia and other exterior qualities that make the Navigator look even more impressive than before.

Standard features on the 2005 Navigator include rear park-assist (very useful on something this size), fog lights, leather for the front two rows, a third-row bench seat, and an independent suspension with load-leveling all around. The full-sized SUV was given 5 stars in the NHTSA's frontal crash testing; its life-saving equipment includes a safety canopy of airbags and traction and stability control.

Options made available on the '05 Navigator differed according to trim level. On the base Luxury they were high-intensity gas-discharged headlights, a sunroof, and power-deployable running boards, all of which came as standard on the more expensive Ultimate trim. On both trims, buyers could have added a DVD entertainment system, a DVD navigation system, a monochrome appearance package, and a trailer/tow package. Although a pair of leather captain's-style chairs (with a large console between them) was the standard set-up for the second row, a split-folding seat could be substituted at no extra charge for more versatility in carrying people and cargo.

Although its fuel consumption (and that's high-test, mind you) was off the charts, the Navigator became popular because of its size rather than in spite of it. Many Americans want to ride around in something huge and high-perched, for both safety and perceived status. The 'Gator's many comfort features sealed the deal, with special nods going to the interior design (real wood and brushed nickel) and comfortable seats. The suspension and new transmission also got frequent mention in the positive category.

Their most frequent complaints concerned electrical problems on some of the many power features, but it seemed that most of these problems were more minor than major. Some Navigator owners pined for easier access to the third-row seat, saying that although it was fairly comfortable for an adult to sit there it was not easy for anyone larger than an average child to get back there.

What's your take on the 2005 Lincoln Navigator?

Guru1S4ZM I just wanna stop getting emails from you guys

Have you driven a 2005 Lincoln Navigator?
Rank This Car

When I go to take off my traction control and ABS comes on and it kills the power to my vehicle till I build up a little speed. Can I disconnect my ABS sensor for now to stop it? It has a grind on ...

Mileage Life In The Lincoln Navagator

I recently purchased a 2005 Navigator. It's in great shape and so far I really like it. My only concern is that the A/C doesn't seem to be working as well as I expected. If I set the temp to 60 a...

Has anyone had this problem with their truck because the diagnostic keep telling me camshaft and I replaced both of them and spark plugs and wires and it's still doing the same thing also it now h...