A competent and safe choice for in the compact SUV segment. 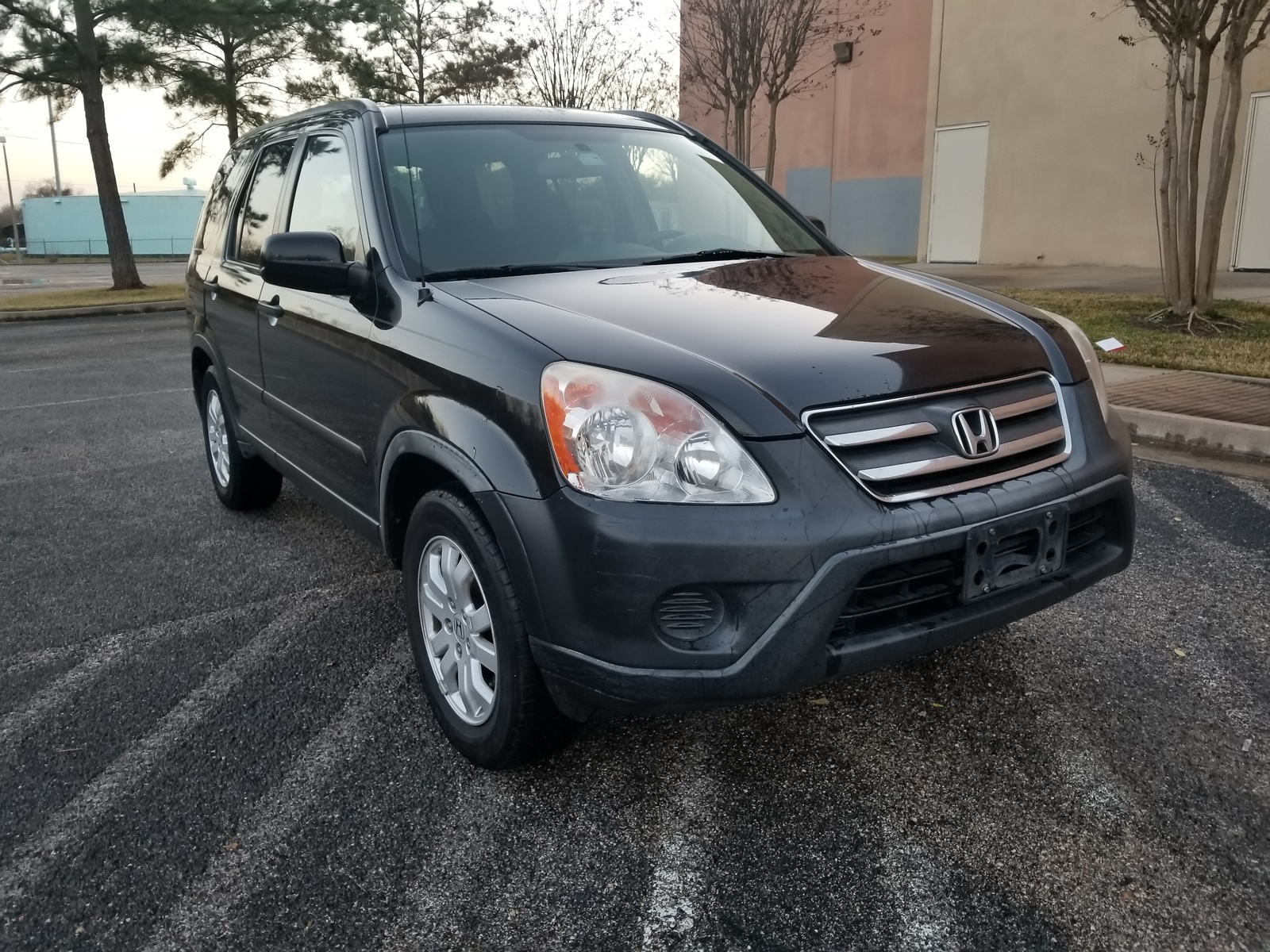 Upgrades to the second-generation Honda CR-V are minimal for 2005, except for big improvements in passenger safety and a new trim level. The CR-V is easy to drive, all-weather friendly, and it will keep running and retain its value—just like the Civic sedan that it's based upon. 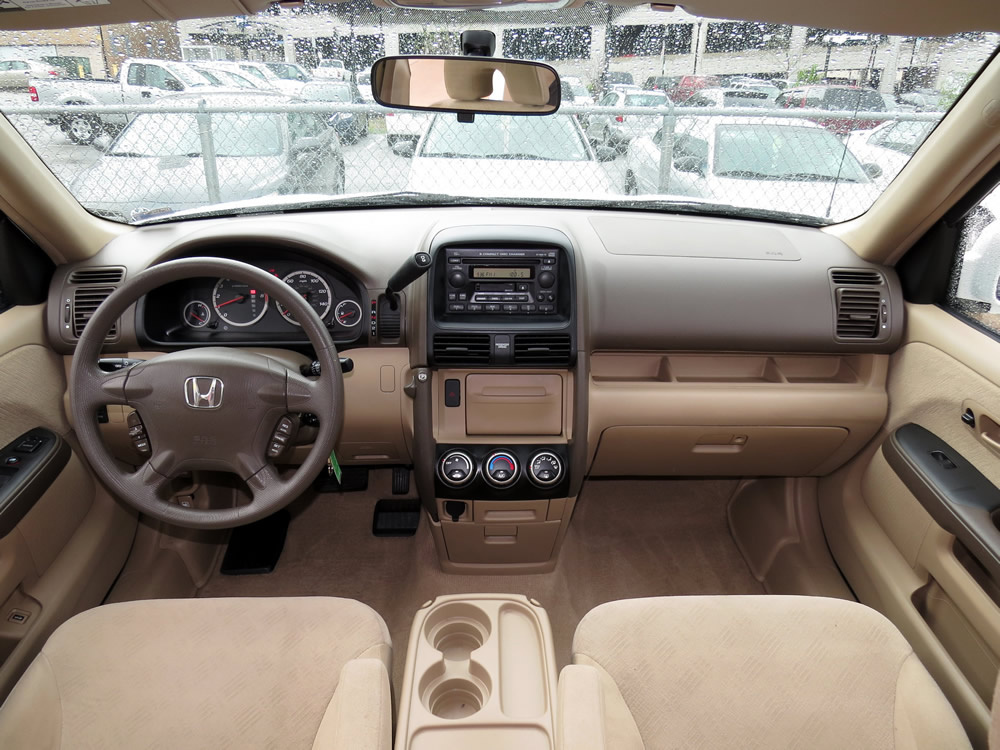 Until now, the CR-V wore black plastic body cladding that reached high into its nose. Honda has kept it for the lower air intakes, but it toned down the two-color look with a body-color upper fascia. A twin-bar grille replaces the single bar, and the single headlights have been split into two separate beams. New 16-inch wheels are an inch larger than before. The style has held up very well. Brand-new CR-V models have the same proportions and stance, which is why this little Honda has remained a best-seller. We like the external spare-tire mount, which was removed after this generation ended for 2006.

The interior is fitted with high-quality plastics and good fit and finish. The SE, a new trim for 2005, comes standard with heated leather front seats and a leather steering wheel. 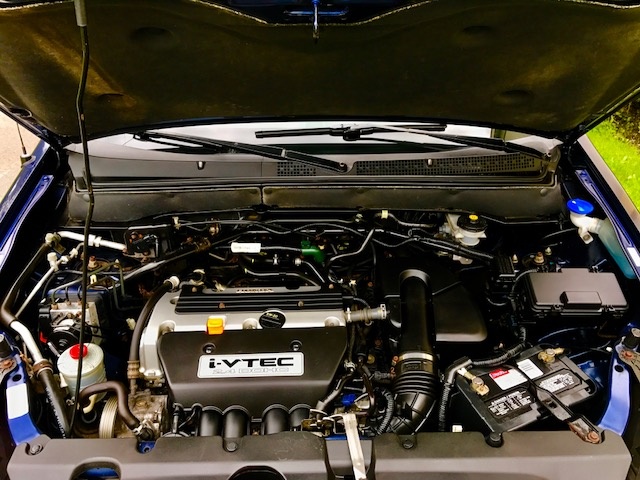 Honda's 2.4-liter 4-cylinder pairs with either front- or all-wheel drive. It makes 160 horsepower and 162 pound-feet of torque, which is more than enough for this lightweight SUV. The engine also uses i-VTEC technology, which is the variable valve timing system that Honda pioneered more than a decade earlier. It can either maximize performance or fuel economy, depending on the driver's inputs. A 5-speed automatic is standard on every trim except the EX, where a 5-speed manual does duty (the automatic has an additional gear versus the 2004 model). Handling is nimble, the ride is smooth, and the steering is light and accurate. Just don't take the CR-V off-road as you might in a Subaru Forester. The all-wheel-drive hardware received a mechanical upgrade to make it activate faster, but this is not the best SUV in the worst weather. 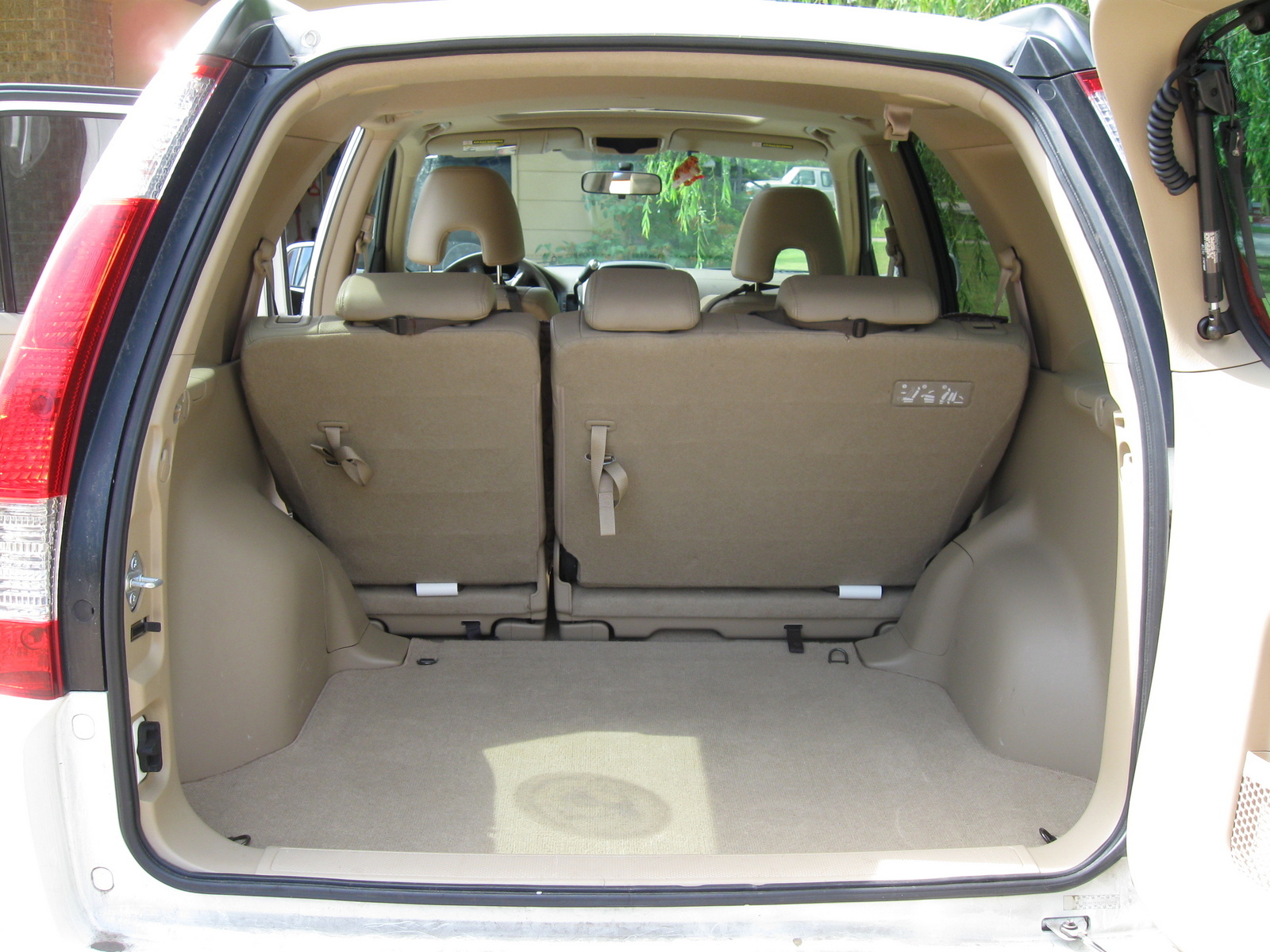 It isn't just space, of which the CR-V has plenty. You get a whopping 72 cubic feet of storage with the backseats folded and 34 cubic feet with them raised. Headroom is great, except taller drivers may not like the optional sunroof which cuts into that headroom by more than an inch. The CR-V has great sightlines in all directions, and there's enough legroom for rear passengers.

But the CR-V has more tricks. You can store your stuff almost everywhere. What looks like a big blank plate on the center stack is actually a sealed compartment, perhaps for CDs or a box of tissues. Nestled between the glove box and the upper dash are three deep trays. There are more pullout bins at the very bottom of the center stack, another slot for change to the left of the steering wheel, and of course, that CR-V trademark—the folding picnic table that sits on the cargo shelf. You can't get a more roomy and useful small SUV than the CR-V.

Caveats: The steering wheel doesn't telescope, there is no lumbar adjustment, and the rear hatch is hinged from the side, which makes closing that big door tougher than if the hinges were top-mounted. But everything is built to maximize space, including the dashboard-mounted gear shifter. If you fill a CR-V to capacity, it's not the car's fault. You're a junk collector. 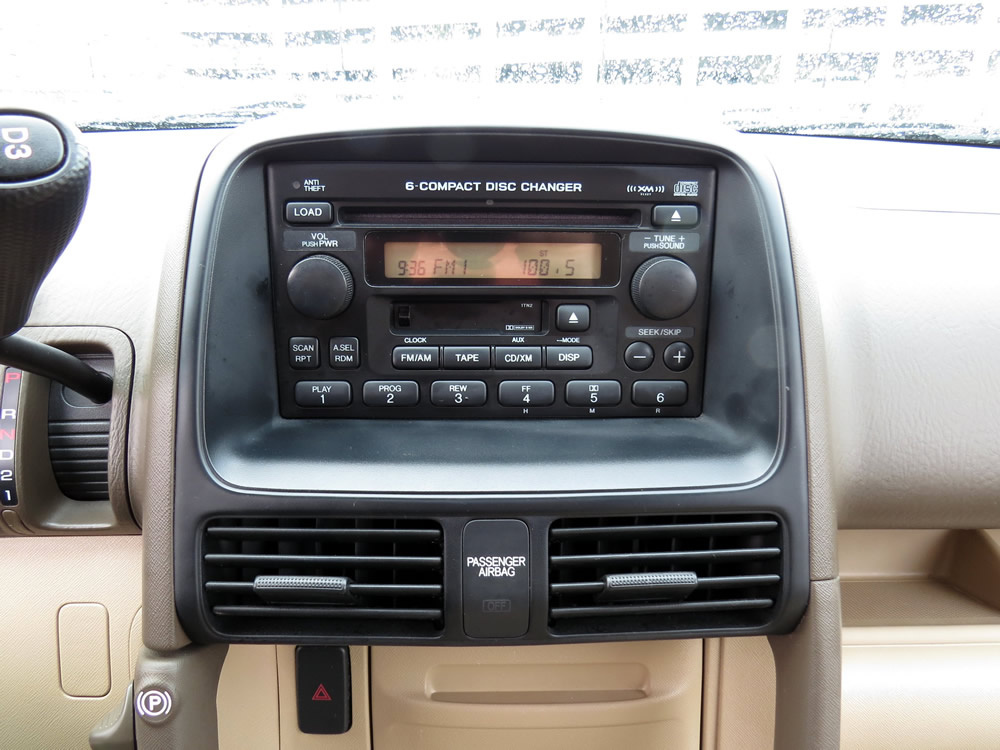 Cruise control, air conditioning, a CD/cassette stereo, and power windows and mirrors come standard on the LX. The EX adds a power moonroof, an upgraded stereo with a six-disc CD changer, tinted rear windows, alloy wheels, an external temperature readout, and audio controls on the steering wheel. The top SE trim has heated leather seats but not much else in the way of tech.

For 2005, Honda made anti-lock brakes, stability control, front-side airbags, and head-curtain airbags standard. That's in addition to dual front airbags and traction control. That's very comprehensive for a mass-market, non-luxury car in 2005. As a result, the 2005 CR-V scored the top Good rating from the Insurance Institute for Highway Safety (IIHS) in the front- and side-crash tests, and five out of five stars for related tests run by the National Highway Traffic Safety Administration (NHTSA).

Update: Make certain any car you buy has had its front airbags replaced under the Takata recall. All CR-V models from the 2002-2011 model years, plus the 2016 model year, have faulty airbags that can kill you or your passenger in a crash. 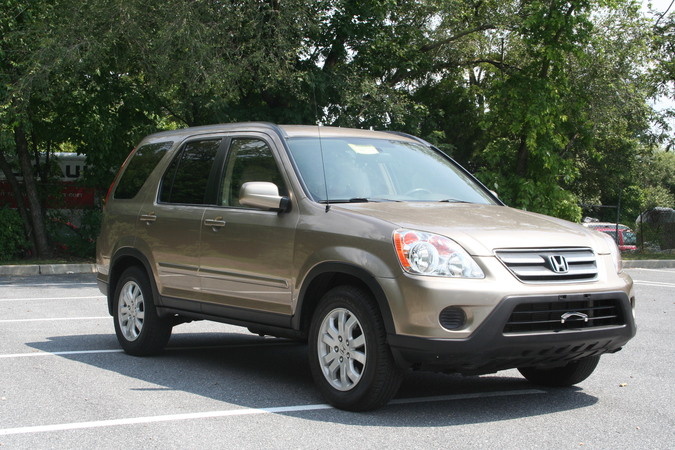 Prices for a new 2005 CR-V start at $20,710 for an LX trim and ranged up to $25,765 for the SE. This is a great value, and the CR-V is expected to run and holds it value for a long time. The car is solid, fun to drive, and immensely practical. Plus, its handsome design is likely to age well.

GuruZRMVX Rides rough can do anything

2005 honda crv with 119000 runs great but at times will have a knocking sound coming from the front engine area and occurs more when in reverse or drive but occasionally when idles. the sound will f...

Is there a problem with the Timing Chain/Belt on the Honda 2005 CRV?

How do I remove the CD Changer from the Honda? All of my cds are stuck in the changer and I get an error message. I can not switch between CDs, so I assume that the changer need repairing or replace...