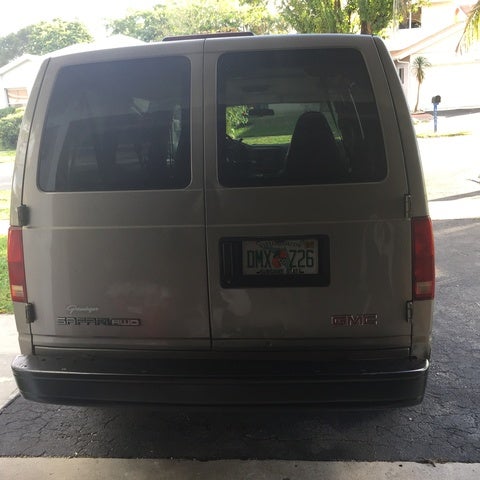 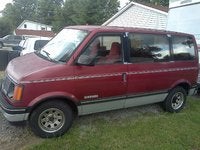 Looking for a Used Safari in your area? 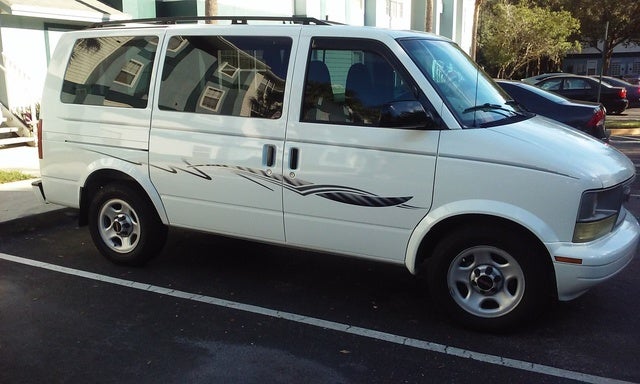 For those looking for minivan space, but need a little more towing power than your average family van, the 2005 GMC Safari offers a powerful engine, all-wheel drive, and up to 5400 pounds of towing performance. Unchanged from last year, the 2005 Safari is available as a two-passenger Cargo Van, or a Passenger Van which can be outfitted with three rows to seat eight people. It is offered in either rear-wheel or all-wheel drive. The Passenger Van comes as a Base, SLE, or SLT. All models are powered by a 190-hp, 4.3-liter V6 and 4-speed auto tran with a special tow-haul mode. ABS brakes and dual front airbags are standard, but traction control is not offered.

The Cargo Van holds up to 170 cubic feet, and is sparsely outfitted, carrying not much more than air conditioning and a radio. It can be equipped with much of what you find standard on the Passenger vans, including full power features, rear climate control, cruise control, and automatic headlights. A trip computer, leather seats, and power driver's seat are Passenger-only options. The 2005 Safari has both a sliding passenger door and swing-out rear barn doors. A Dutch door can be added, with the rear window opening separately from the doors. The standard Passenger Van has two rows of seats, but a third row can be added. In the upscale SLT, second row captain's chairs replace the standard bench seat.

The 2005 Safari competes directly with the Chevy Astro, and hasn't fared well against its popular rival. Drivers like the AWD performance and the cavernous storage capacity, but were never fans of the front legroom, the boring interior, and the 15/20 mpg. Built on a truck platform, the ride can also be somewhat harsh. Due to its lagging sales, 2005 was the last year for the versatile minivan.

Have you driven a 2005 GMC Safari?
Rank This Car

Looking for a Used Safari in your area?

Why Is There No Search Type Safari Passenger?

Please add the search type Safari Passenger in your next update.

Best Brand/size Tires For The 2004 Astro/safari

Stock is 215/70-16. Van is a little mushy so I would like to get a Light Truck tire with a stiffer sidewall.

IS THERE DRAIN COCK FOR RADIATOR

Why Does My 2005 Gmc Safari Cargo Van Stall While Idling

When taking my foot off the gas and start slowing , it dies. I've recently replaced my fuel filter.