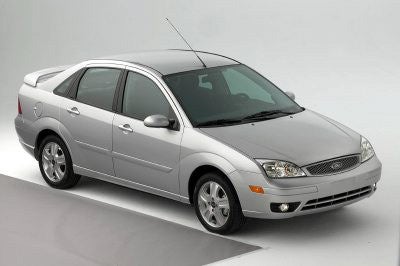 The Ford Focus stands out among compact cars, with a sporty chassis and updated styling. 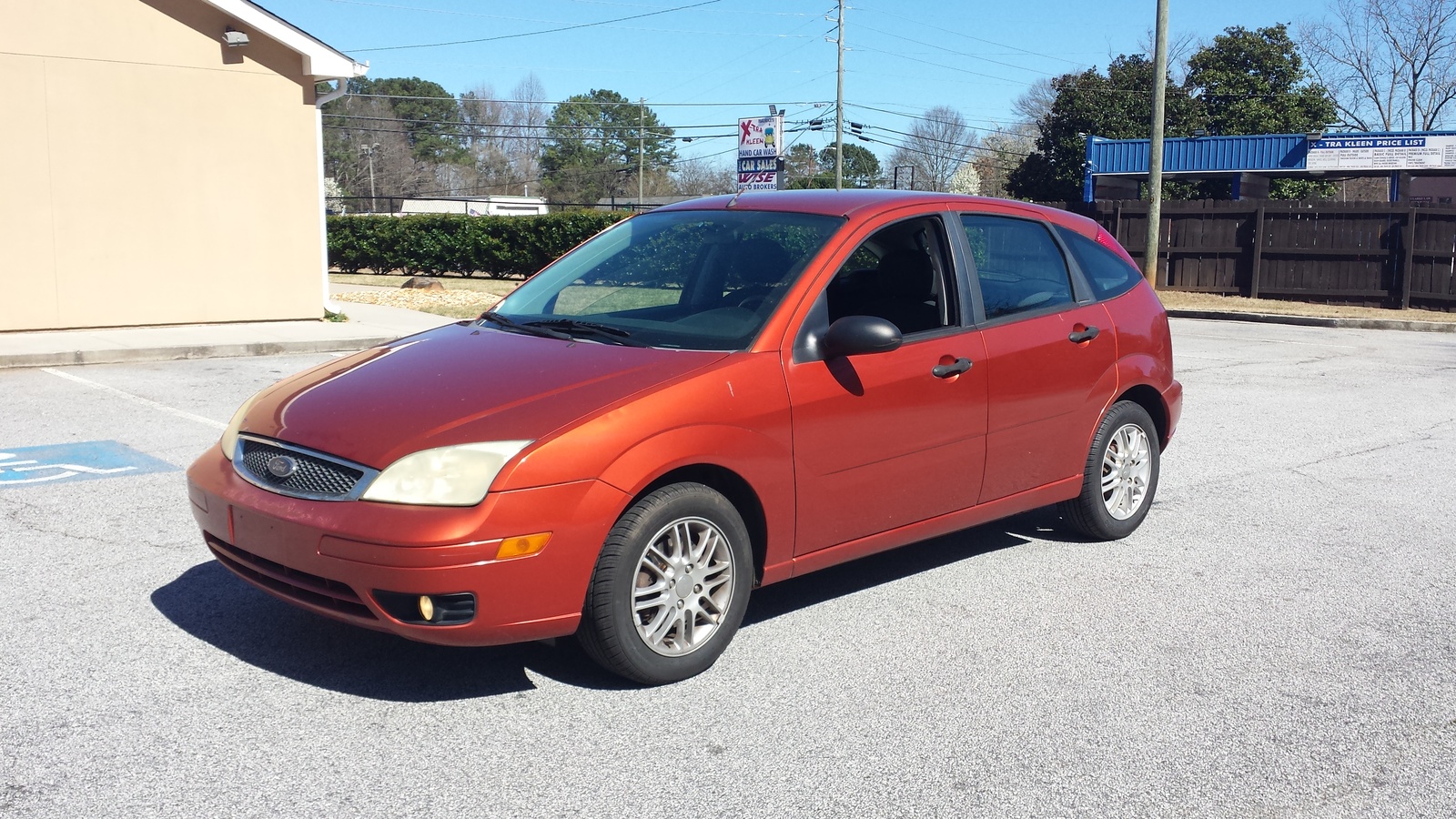 For the better part of the 1990s, Ford participated in the compact car market, but that was the best you could say about it. The Ford Escort represented modest motoring that put thrift above all else. Some years and trims offered a bit of styling flair, but by-and-large, the Escort was nothing to write home about.

Then, for the 2000 model year, Ford upped its game, with an all-new compact offering that it called the Focus. This small car, available as a sedan, a 3-door hatchback, wagon, and later a five-door hatchback, put Ford back on the map in the compact car segment. For 2005, the Focus receives several updates, including new styling, updated trim selection, and a new performance edition, called the ST. 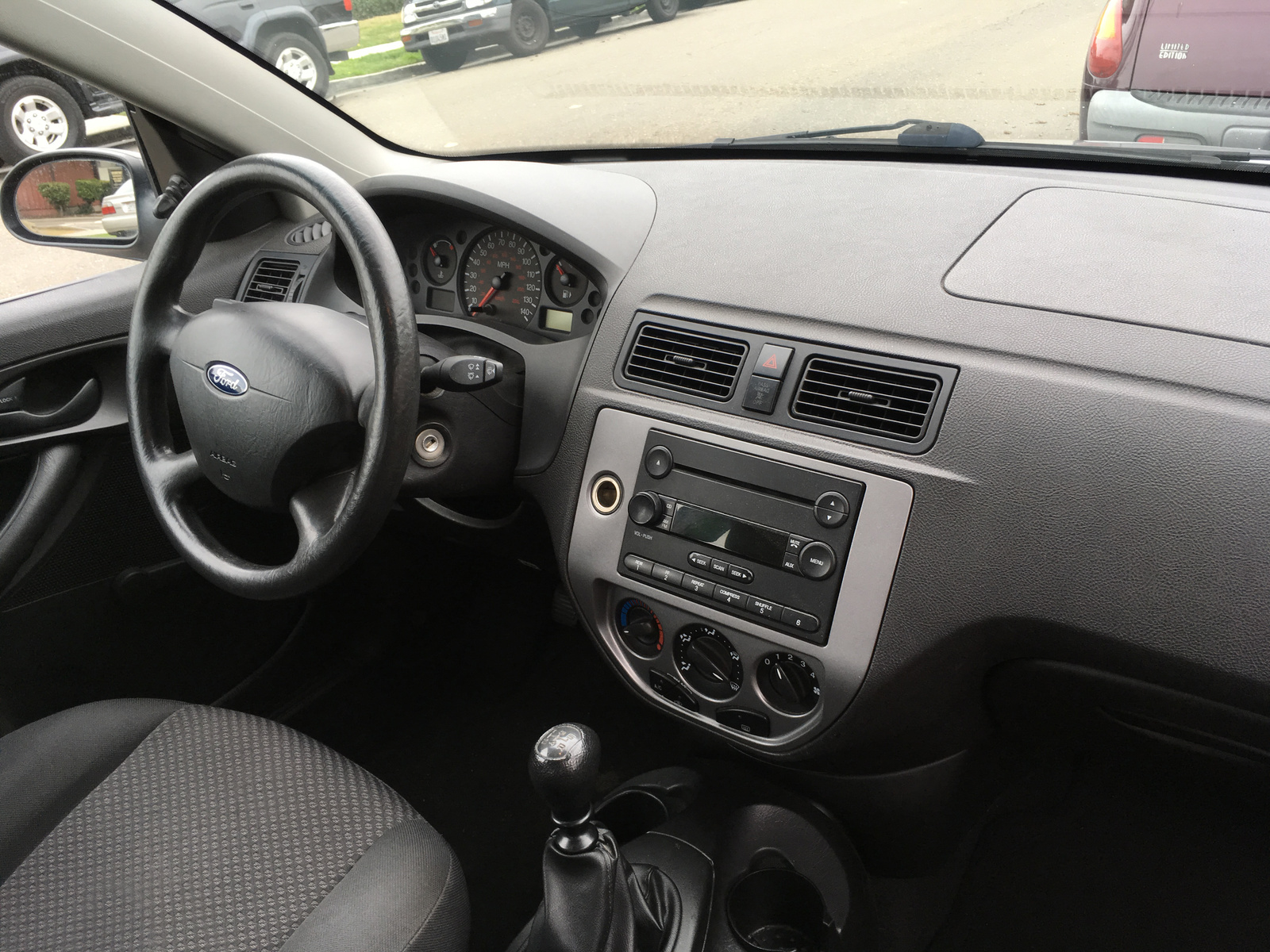 The 2005 Focus gains a more pronounced and squared-off grille, as well as new front and rear bumper designs. The taillights still have angular corners, but the border with the trunk is far more upright than the previous design. In all, these subtle tweaks contribute to a more mature overall design.

One of the most notable changes will not be apparent until one enters the 2005 Focus. The previously quirky dash design has been replaced with a far more conventional setup. While it may not be as eye-catching as the older setup, this new cabin look is likely to age better and contributes to that design sophistication.

Body styles are denoted by the ZX lettering scheme, with ZX4 as the sedan, ZX3 as the hatchback, ZX5 as the four-door hatchback, and ZXW as the wagon. Trims for the 2005 Focus are S, SE, and SES. Standard features on the 2005 Focus include manually adjustable front seats, a split-fold rear bench seat, heated side mirrors, and a four-speaker stereo with AM/FM/CD player. 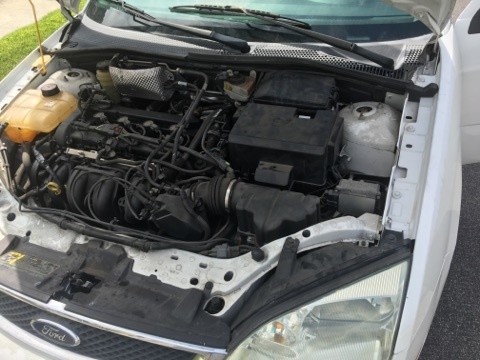 The base engine in the 2005 Ford Focus is a 2.0-liter inline-4, making 136 horsepower and 133 pound-feet of torque. It routes power to the front wheels through either a 5-speed manual or 4-speed automatic transmission.

For 2005, the ZX4 ST replaced the Focus SVT. This performance version of the sedan was outfitted with a 2.3-liter four-cylinder engine, putting out 151 horsepower and 154 pound-feet of torque. This engine can only be found with the 5-speed manual transmission, sending power to the front wheels. 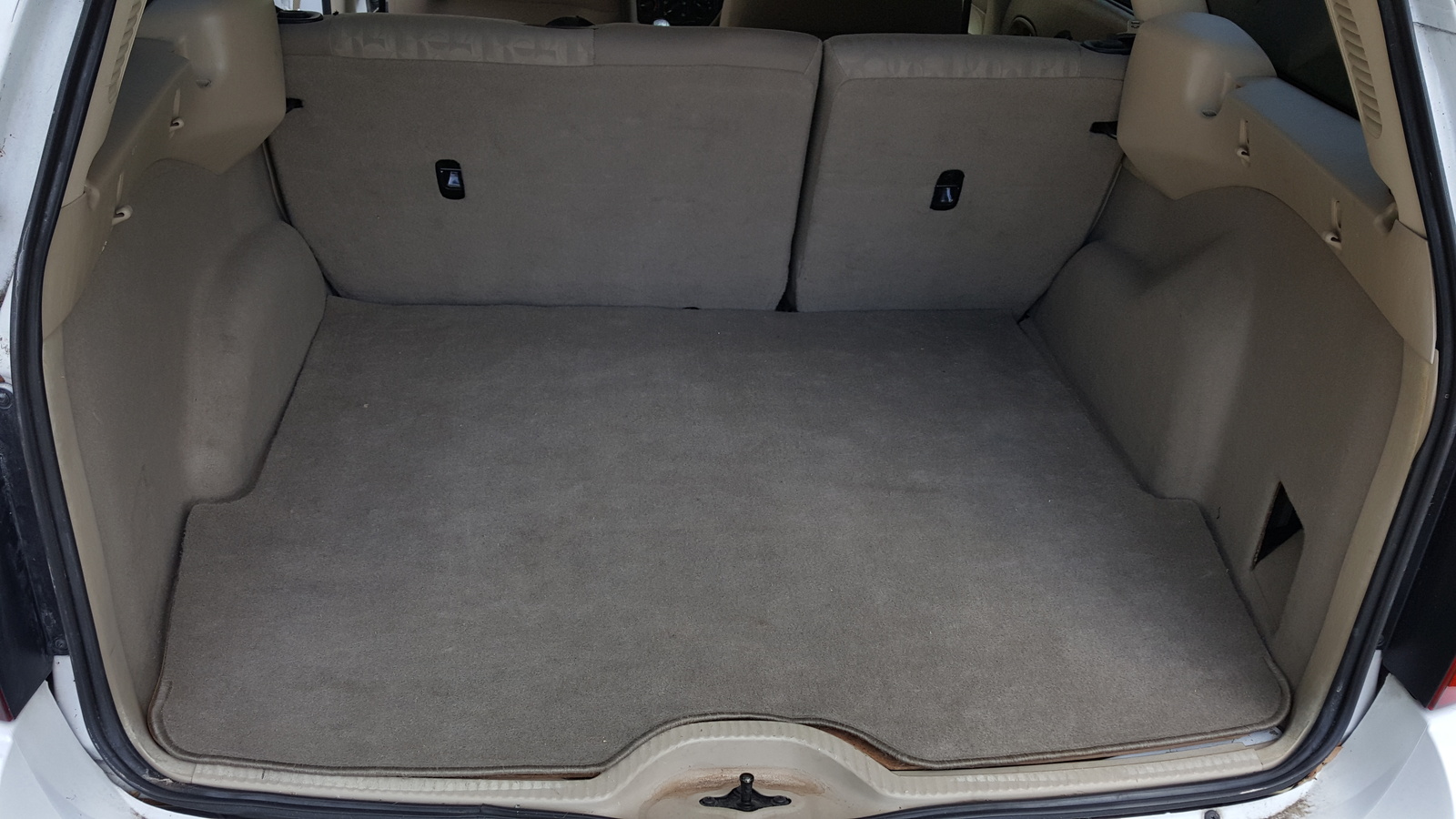 It should also be noted that the only trim with a tilt-telescoping steering wheel is the range-topping SES. This is something to consider for very tall or very short drivers. 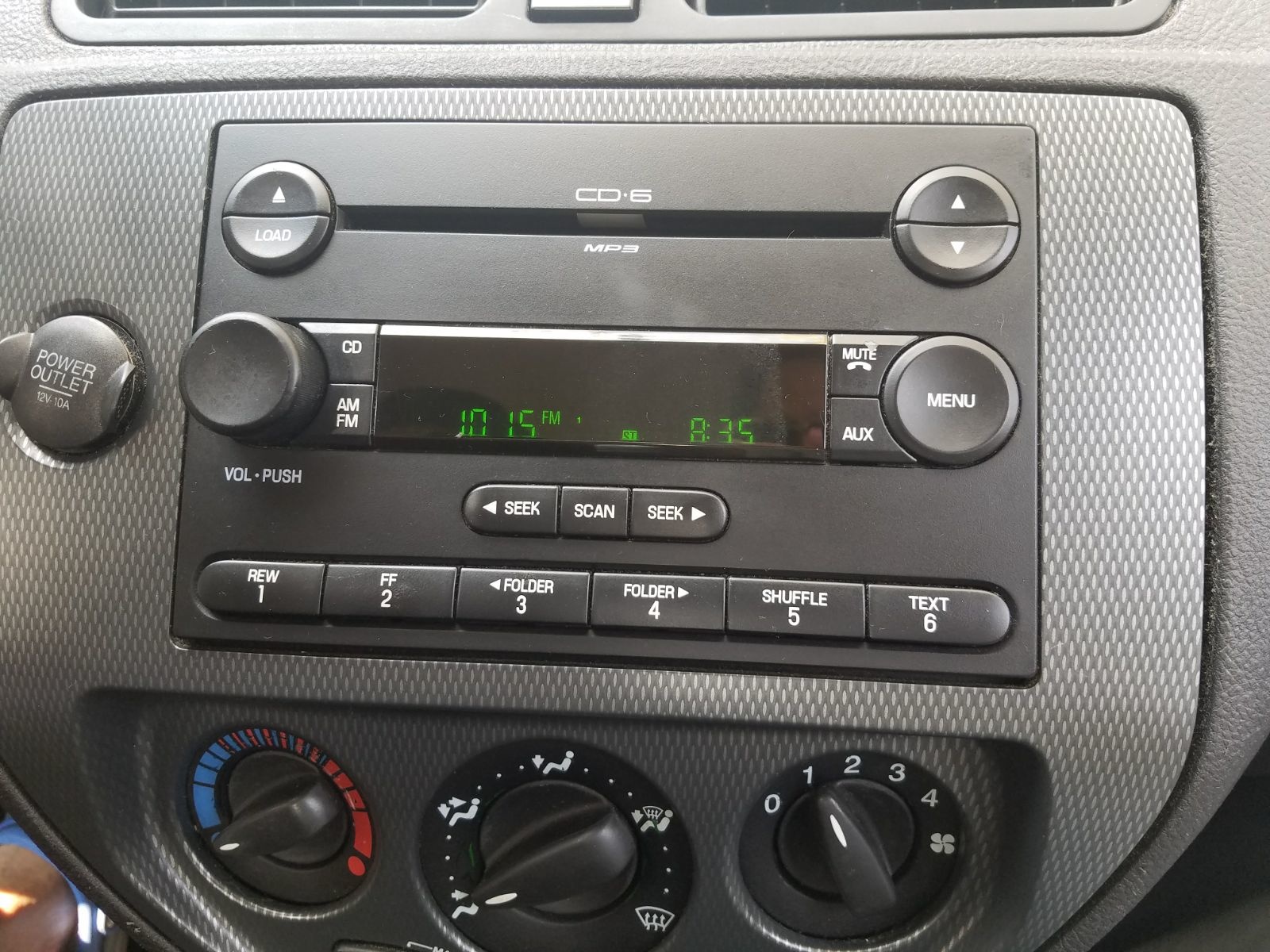 The Focus comes standard with an AM/FM stereo with four speakers and a CD player. For 2005, the actual stereo head unit has been updated and improved for the more modern cabin.

This is a solid setup but if you want improved sound quality, check out the optional Sony stereo. More than just a brand name on the speaker, this system is a “Sound Design by Sony” approach and even includes an 8-inch subwoofer. 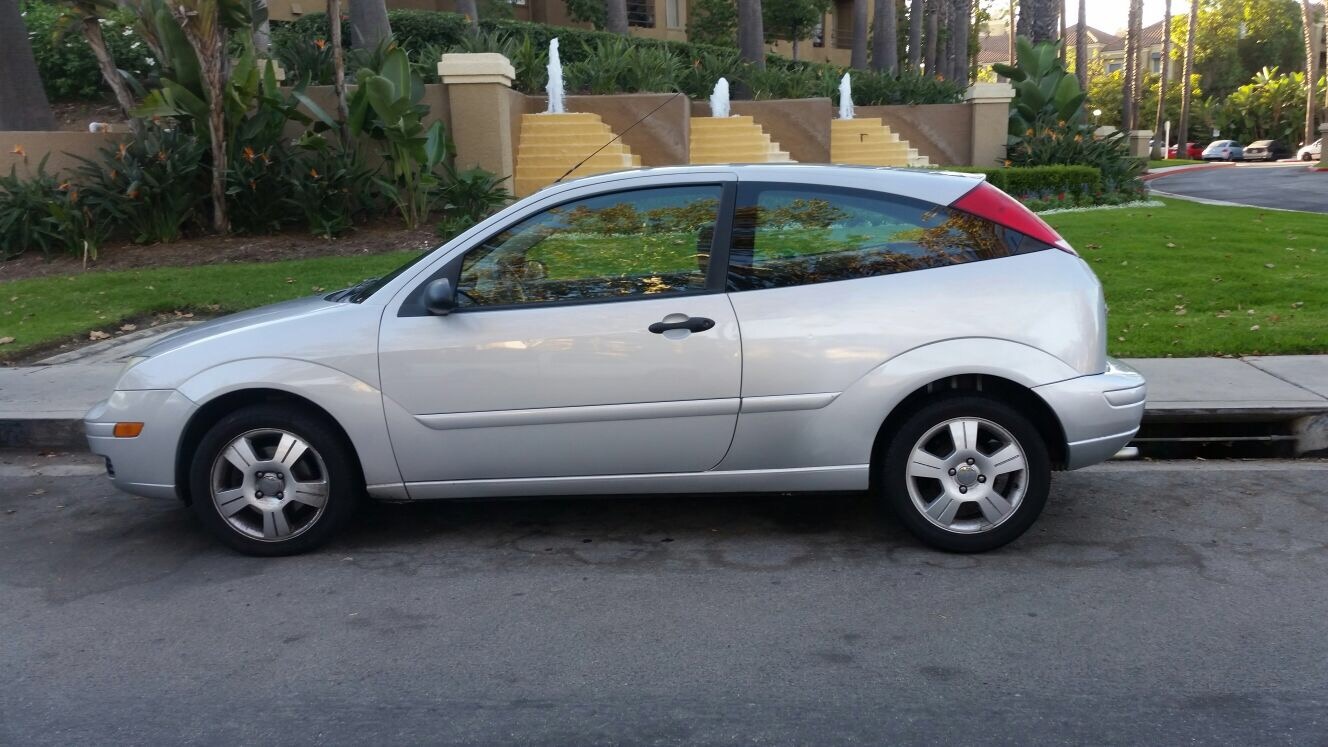 As part of the redesigns, the front and rear bumpers are slightly thicker, which should help with low-speed impacts, putting less “bend” in “fender bender.” 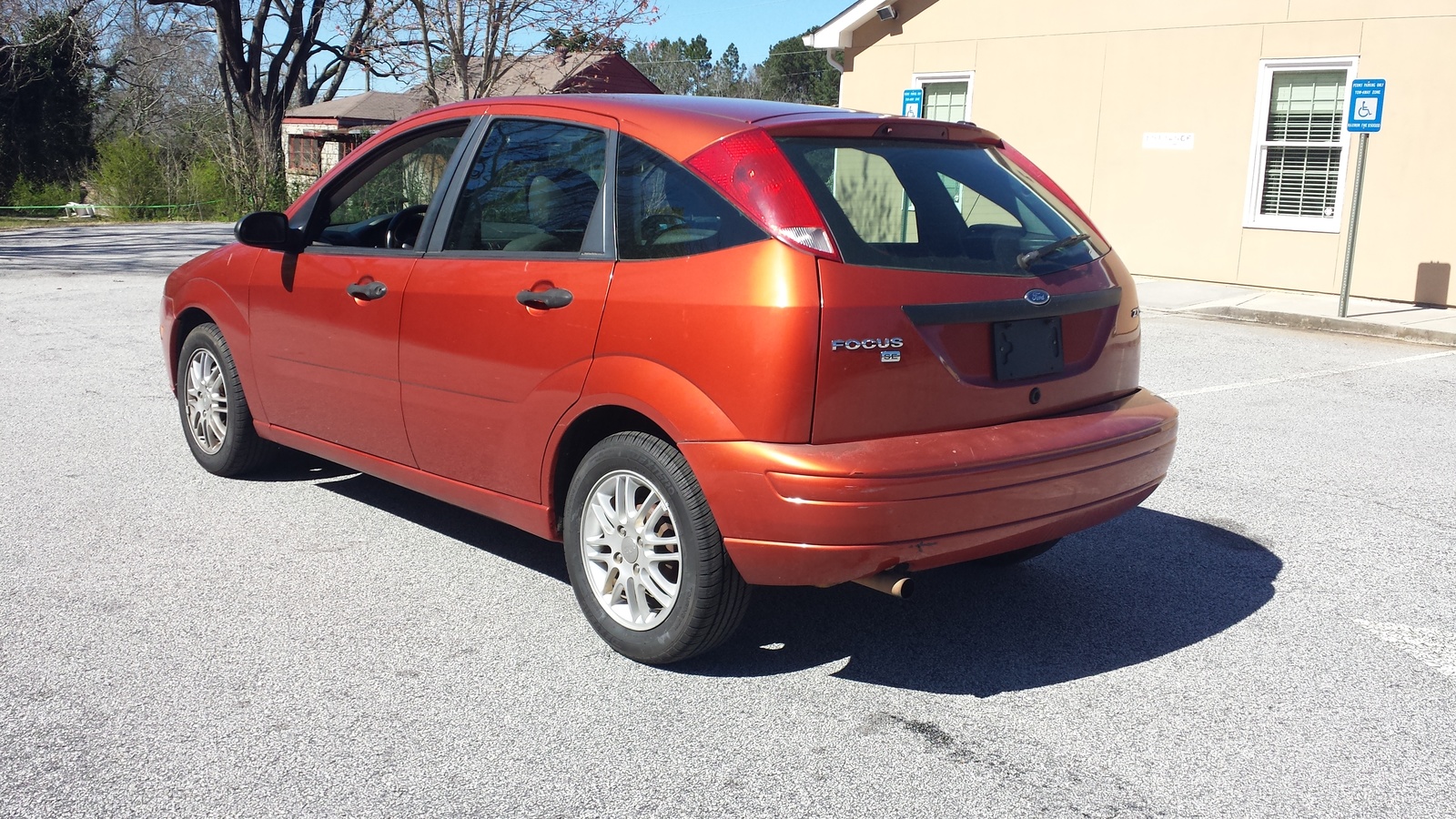 The Focus has finally given Ford a serious competitor against the Honda Civic and Toyota Corolla. While the Focus may undercut those two on price, the tradeoff is so-so fit-and-finish on the part of the Ford. But the handsome styling, choice of body styles, and available performance model all make the Focus an attractive choice among compact cars.

GuruBLNTL It is an OK car. Handles fairly well. A rather noisy ride.

Users ranked 2005 Ford Focus against other cars which they drove/owned. Each ranking was based on 9 categories. Here is the summary of top rankings.

Have you driven a 2005 Ford Focus?
Rank This Car

This is the third time I've had this type of problem with my car. When it's going at a constant speed like on the freeway it's fine, but when I slow down and I take my foot of the gas like I'm comi...

Where can I buy male NPT to female NPTF adapters?

Are the THREADS of the oil pressure sensor port in the block of a "2005 Ford FOCUS (2.0 liter)" NPT or are they NPTF?

Why Does My Door Chime Go Off Every Time I Open The Driver Door (and Only T...

The key is out of the ignition, the car is in park, and the lights are off. The door ajar light isn't flashing either. I've also checked the trunk to make sure it's latched. The dinging stops as s...

Why Does My Ford Focus Shut Off?

My 2005 Ford Focus sounds like a pickup truck when I start it,and when I turn my steering wheel or switch in to gear the battery and fuel light come on right before shutting off what can I do