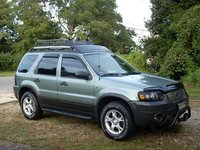 Blending car-like driving dynamics with SUV-style design and utility in a single, affordable package, the overhauled 2005 Ford Escape is an example of a crossover done right. 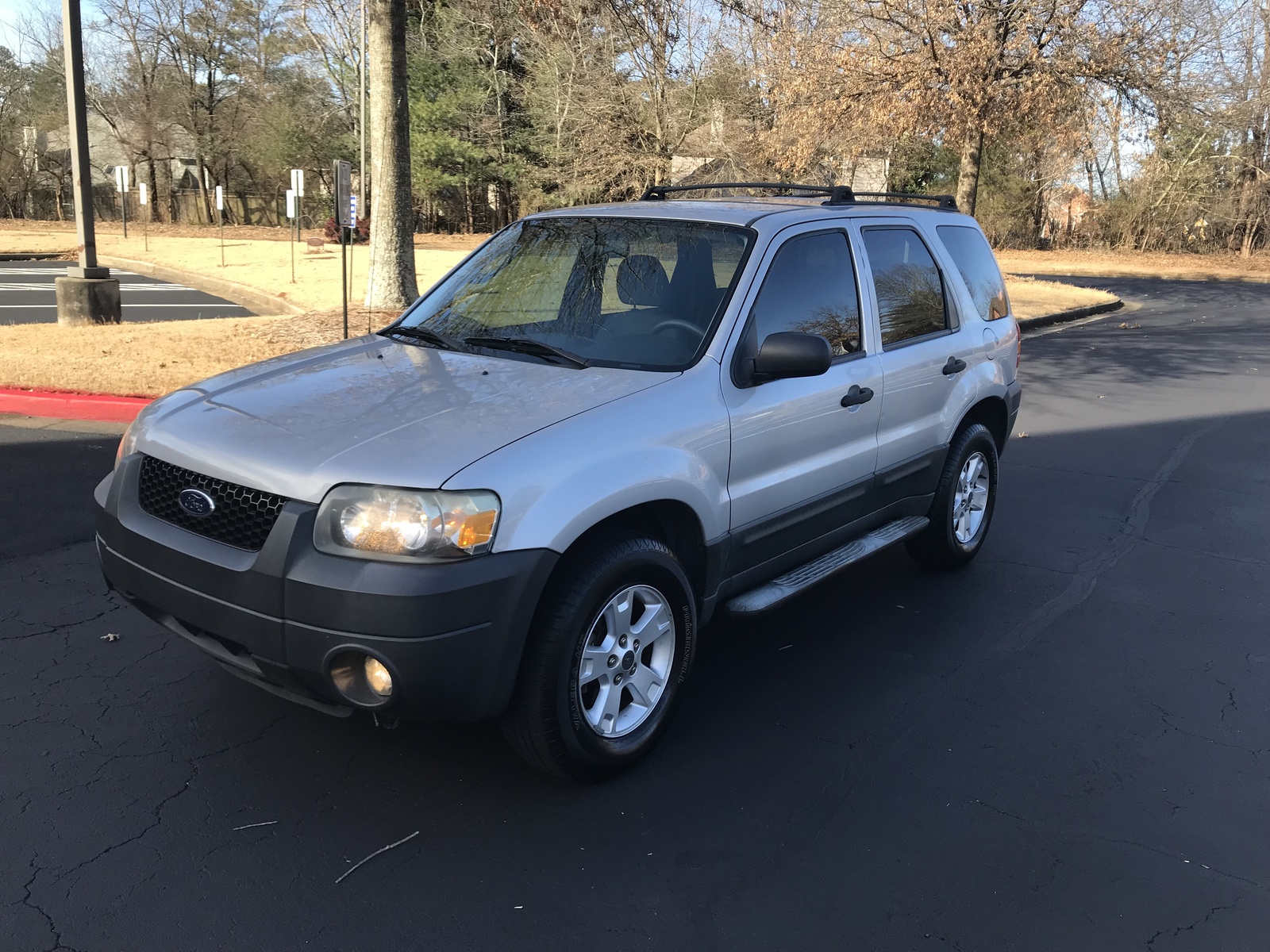 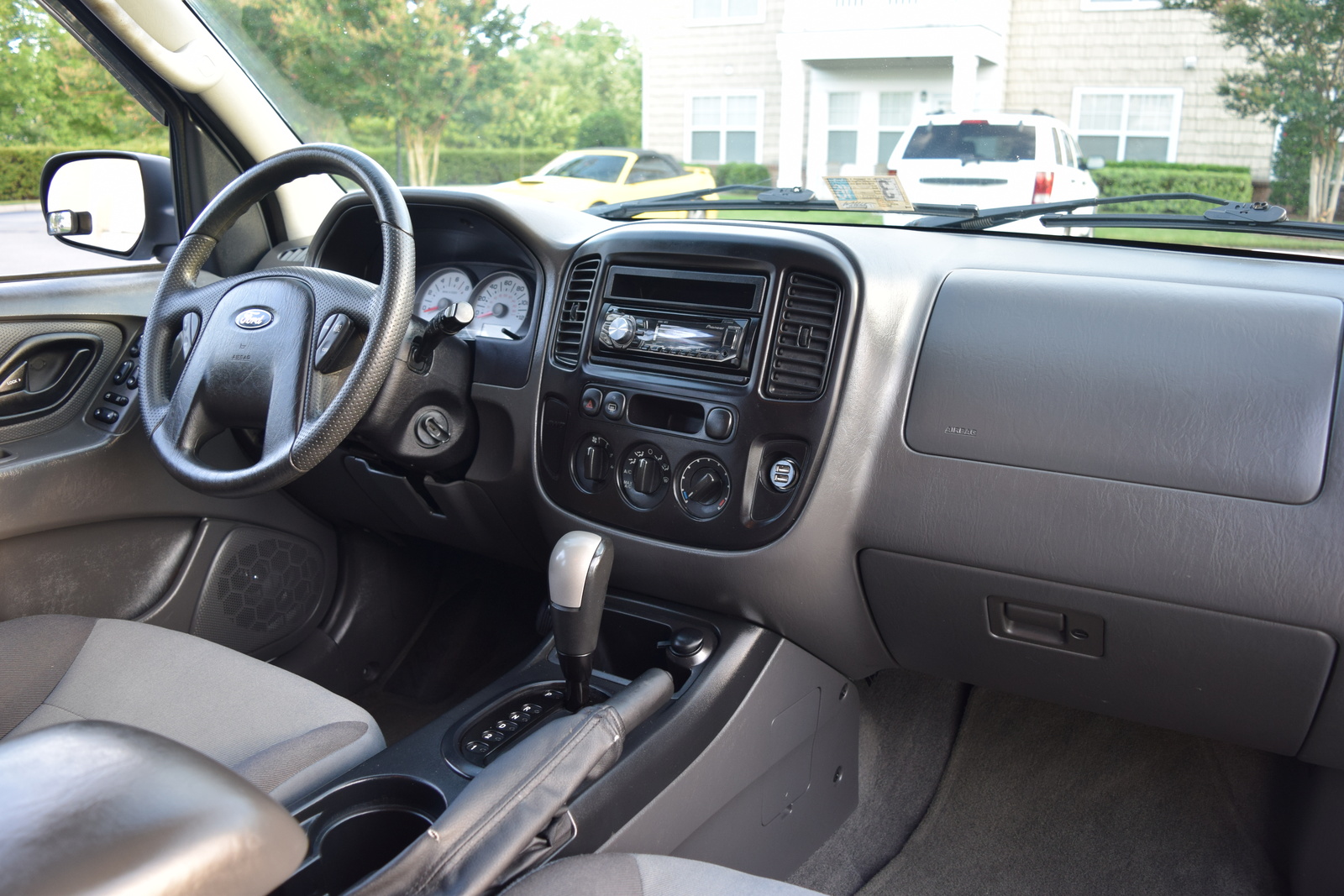 Subtle styling changes improve upon the Escape’s already handsome looks. Boxy and rugged-looking, the Escape sits high off the ground and emphasizes utility, even though it’s engineered primarily for on-road use.

The interior is simple and uncomplicated, and because the Escape is an affordable compact SUV, the interior features plenty of hard plastic. Leather is available, tasteful silver trim gives the cabin a more technical appearance, and white-faced gauges are available. 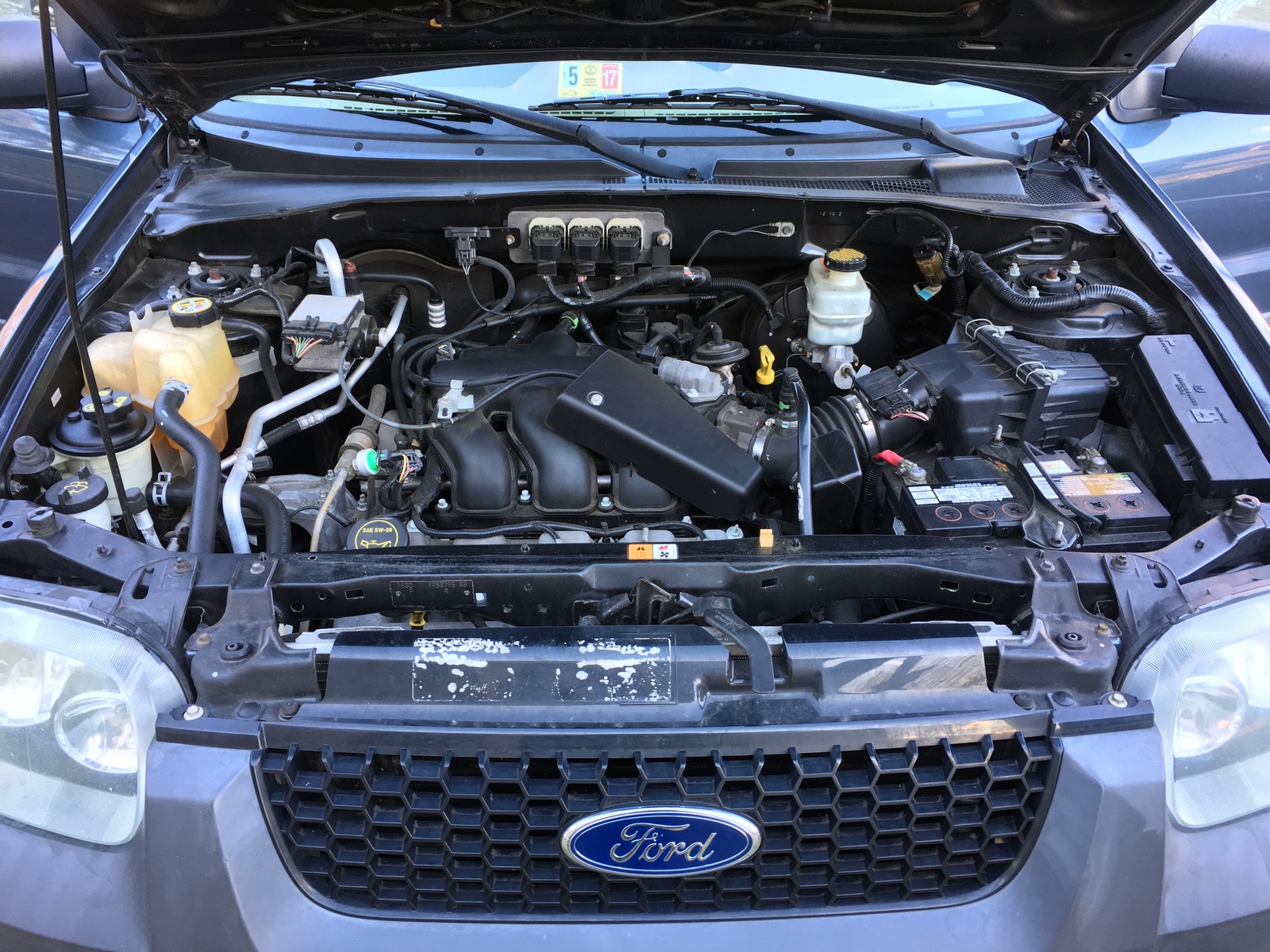 For 2005, the Escape gets a new standard engine. The 2.3-liter 4-cylinder makes 153 horsepower and pairs with a 5-speed manual or 4-speed automatic transmission. While a vast improvement over the old 2.0-liter 4-cylinder, it remains suitable for only light-duty use.

Most people will prefer the available 3.0-liter V6, which pumps out an even 200 hp. It comes only with a 4-speed automatic transmission and helps the Escape to accelerate with authority. It is, however, less efficient, rated to get no better than 19 mpg in combined driving compared to the 4-cylinder engine’s 21 mpg (24 mpg with a manual gearbox).

For the best gas mileage, the new 2005 Ford Escape Hybrid is the SUV you want. It sacrifices a little bit of cargo space and useful towing capacity, but the Escape Hybrid gets up to 29 mpg in combined driving.

The Escape Hybrid pairs a 4-cylinder gasoline engine with an electric motor to make a combined 155 hp. That doesn’t sound impressive, but keep in mind, the electric motor’s instantaneous torque is available the moment you step on the accelerator pedal, making the Escape Hybrid feel more responsive. As a true parallel hybrid, it can also operate at low speeds only on electricity from the battery pack. The main downsides here? Cost, and the continuously variable automatic transmission (CVT).

You sit up high in a Ford Escape, and because the SUV is boxy in shape it’s easy to see out of and maneuver in tricky situations. The V6 engine provides good acceleration, and the Escape has a taut, connected feel from behind the wheel. Hybrids have regenerative brakes, which can be hard to modulate. They also carry more weight mounted low in the chassis, giving them a different character. 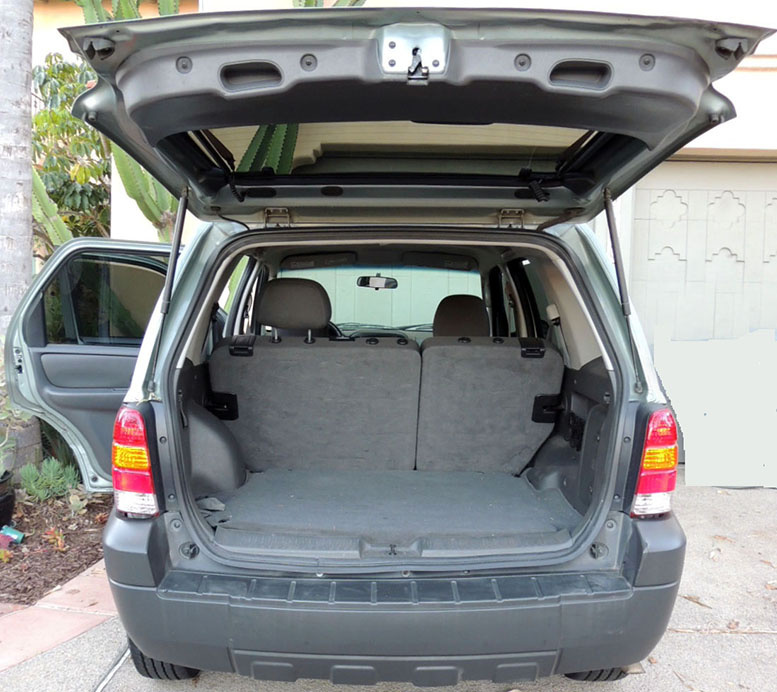 This year, a new center console with a transmission shifter debuts, and Ford says it has improved interior storage space. Cargo volume behind the rear seats measures up to 29.6 cubic feet, depending on the trim level, powertrain, and equipment. Fold the backseat down, and the Escape can manage as much as 66.3 cubic feet of cargo. With the V6 engine, the 2005 Escape tows as much as 3,500 pounds. 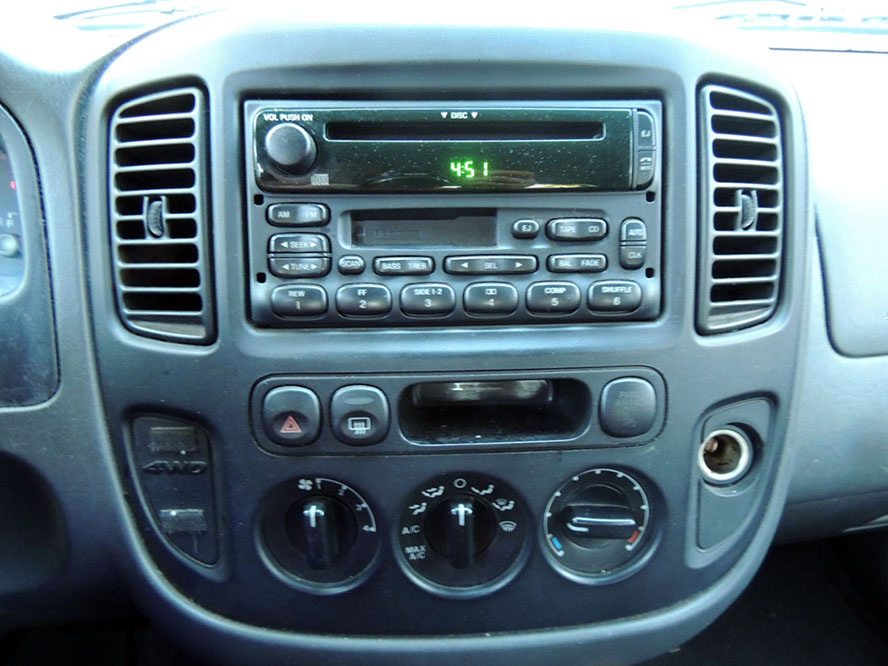 Ford equips the Escape XLS with a CD player and remote keyless entry, but otherwise, this version of the SUV is lacking in terms of gee-whiz factor. The Escape XLT provides an in-dash CD changer that holds up to six discs by your favorite artists, plus an MP3 player and an anti-theft alarm system. Limited trim ups the ante with an auto-dimming rear-view mirror and a trip computer. A navigation system is an option.

The real technology story for 2005 is the Escape Hybrid. Just as sophisticated as what Toyota installs in the vaunted Prius, the Escape Hybrid’s Atkinson-cycle 2.3-liter 4-cylinder engine, 70-kW electric motor, and 330-volt battery pack delivers nearly 30 mpg in combined driving and allows the Escape to operate at low speeds purely on energy stored in the battery.

To recharge the battery, which carries an 8-year/100,000-mile warranty, the Escape Hybrid’s regenerative braking system captures the kinetic energy that is otherwise lost during braking, feeding it to the battery pack. When the SUV coasts, that energy is also recouped and transferred to the battery. 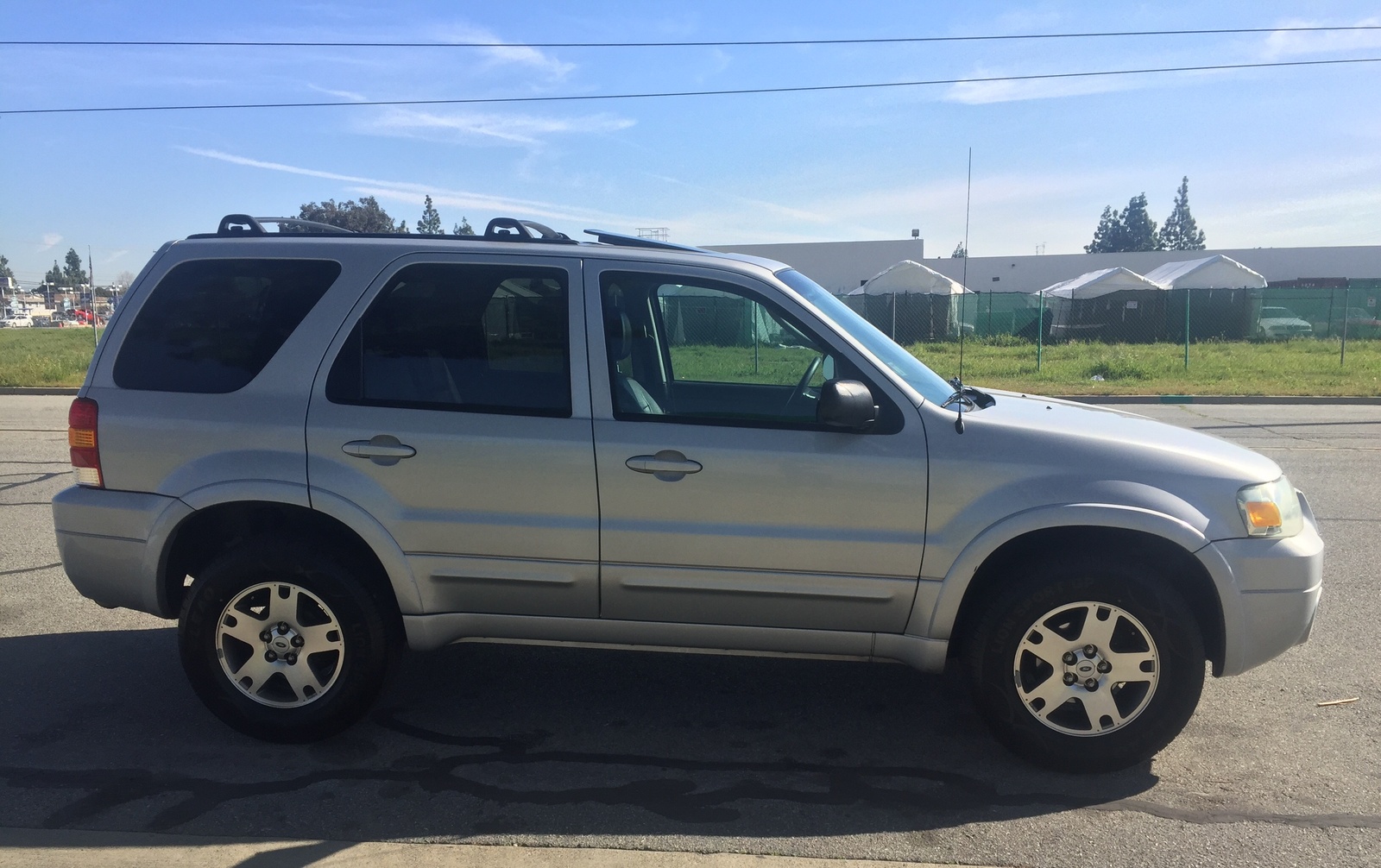 The results of these changes are evident in crash-test ratings from the Insurance Institute for Highway Safety (IIHS). In the moderate-overlap frontal-impact test, the Escape improves from Marginal to Acceptable. Side-impact ratings remain the same: Poor without the side airbags, and Good with them.

Oddly, in National Highway Traffic Safety Administration (NHTSA) testing, the protection level for the driver falls from 5 stars to 4 stars. The NHTSA evaluation also reveals a mediocre 3-star rollover resistance rating with both front-wheel and all-wheel drive, so you’re going to want the Safety Canopy airbags. 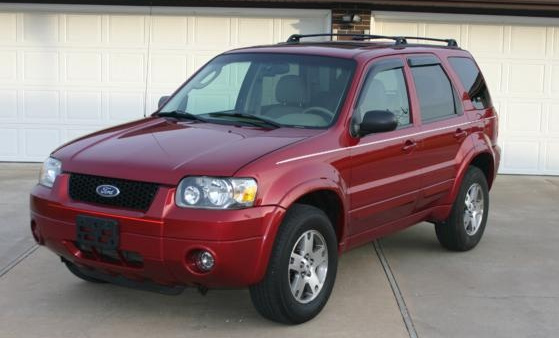 Prices for the 2005 Ford Escape start at just over $20,000 and rise to nearly $30,000 for a Hybrid with AWD. The Hybrid costs just a bit more than the Limited trim, helping to make it an accessible upgrade. Just keep in mind that the less gasoline costs, the longer it will take to recoup the extra investment in terms of savings.

Overall, the 2005 Escape remains a solid small crossover SUV, and with its new hybrid powertrain option, it’s got something neither the Honda CR-V nor the Toyota RAV4 can offer: green planet credentials and fuel economy nearing 30 mpg.

Robert I've owned a basic 2005 Ford Escape with the 4 cylinder engine, 2WD, and a manual transmission for over 7 years and I have to say that (with good maintenance) it's held up to hard use very well. I wanted a simple, flexible vehicle, less expensive than a Subaru, that would carry passengers or cargo equally well and have enough ground clearance to handle unpaved and even rough roads. I've hauled bicycles, furniture, wood, and babies in this thing and it's swallowed them all. It's a shame that Ford eliminated the quick-release back seats in the newer models, because this feature added a lot of cargo room when you didn't need the rear seats. The 2005 is OK for mild offroading, but the manual transmission isn't geared all that well for it with rather high stall speeds in first and reverse - the automatic would actually be better. Performance with the 2.3 liter engine isn't impressive, but fuel economy has been great - with a light load, it's easy to exceed 30mpg on road trips. I still own the car with 145,000 difficult miles and it's held up well - still has the original clutch, in spite of a lot of off-road abuse.

Have you driven a 2005 Ford Escape?
Rank This Car

Have a 2005 Escape XLT 4WD that is making a rubbing/whirring noise from what I think is the front left wheel. The noise is worse when when turning left and produces enough vibration that you can fee...

Can Someone Please Help?

When I get out of my 2005 Ford escape and close the door the clock stays on and when I come back out the radio was playing. I tried changing the number 7 cartridge fuse cuz I was told this was th...

So, I’ve replaced the battery, alternator, and starter in my car, readjusted the ground on the battery. After we got the ground wire pushed more towards the connection, my battery light turned off ...