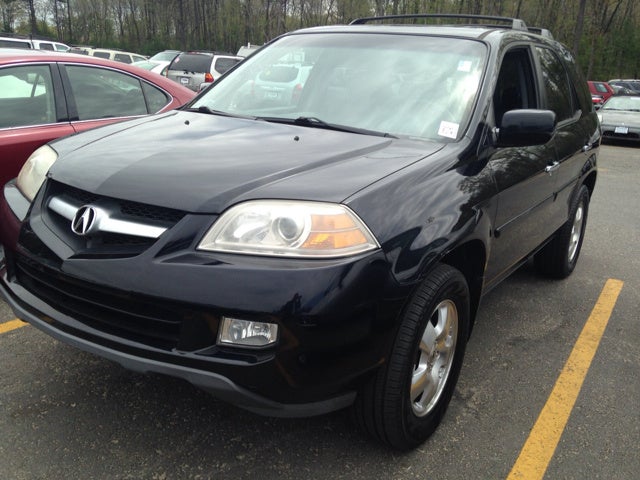 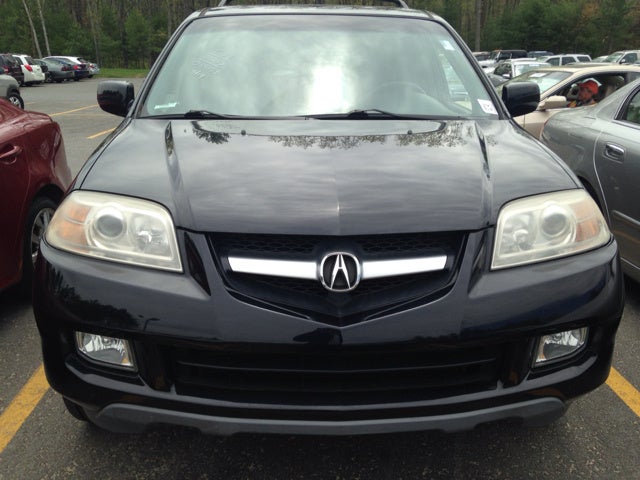 If you liked the 2004 MDX, you will love the 2005 MDX! It remains pretty much the same with the exception of standard XM Satellite Radio. The Vehicle Stability Assist system was also improved, making a vehicle already known for its advanced safety features even safer.

The engine remains a 3.5-liter V6 rated at 265 horsepower and 253 lb-ft of torque. Estimated mileage remained the same as well, at 17 city / 23 highway, although drivers of this vehicle have given such wide-spanning estimates as 13/17 to 20/25 - it all depends on if you have had the lead surgically removed from your foot, I guess.

The 2005 MDX is similar to its non-luxury cousin, the Honda Pilot. However, it delivers a much tighter suspension, as well as many standard features that cost extra in the Pilot, such as leather seats, a sunroof, and wood trim.

Drivers of this vehicle laud it for being very mom-friendly, with ample cup holders to hold sippy cups, water bottles, or those containers of sweet potato treats the little ones love. All drivers also seem to love the temperature controls, including bun warmers in the front seats, and temperature controls in the back.

Tyrone I love this vehicle I'm going to get one as soon as the check clears!

apollack Yes, the 2005 has some great features, if you get the Nav and RES. I have one and it's like driving a new car everyday.

Have you driven a 2005 Acura MDX?
Rank This Car

Trip Computer Screen Has Dots All Over It? What Happened?

I turned my car on and all of a sudden a bunch of random lines covered a number on my screen. When I turned my car off and then turned it back on there were suddenly dots all over it. I have no ide...

My car transmission failed with only 102,000 miles on it. Dealer is asking for $6000 to replace transmission. This is the second time I have had transmission problem. I first time was not total fail...