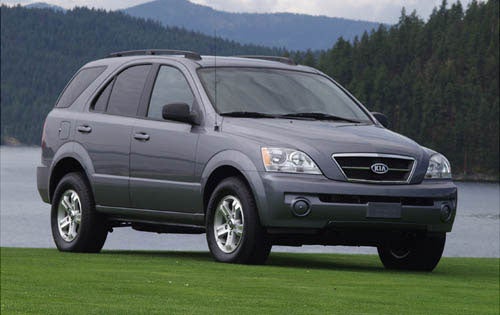 Users ranked 2004 Kia Sorento against other cars which they drove/owned. Each ranking was based on 9 categories. Here is the summary of top rankings.

Have you driven a 2004 Kia Sorento?
Rank This Car

We very much like our new 2022 Kia Sorento. We purchased this one because we had such a satisfying experience with our 2016 model. Read More

This is very nice. The color of blue is beautiful! I like dark tint windows! Read More

The only addition I would like would be remote start on key fob. My wife drives 2019 sorento sxl plus. Could not be happier . I am looking for another . Read More

Great car value. Love the size and interior of the car. The car had great mileage and in great condition. Read More

The 2018 Kia Sorento SV is an AWESOME vehicle to own. The value is great! It has a lot of bells and whistles that some of the latest sports utility vehicles have. It even has some that the newer suv... Read More