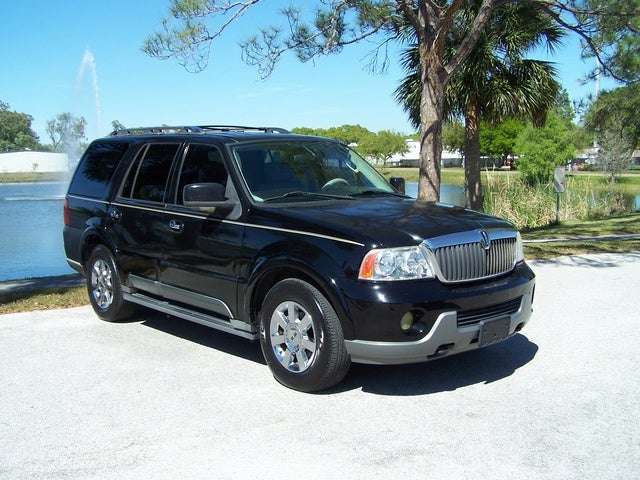 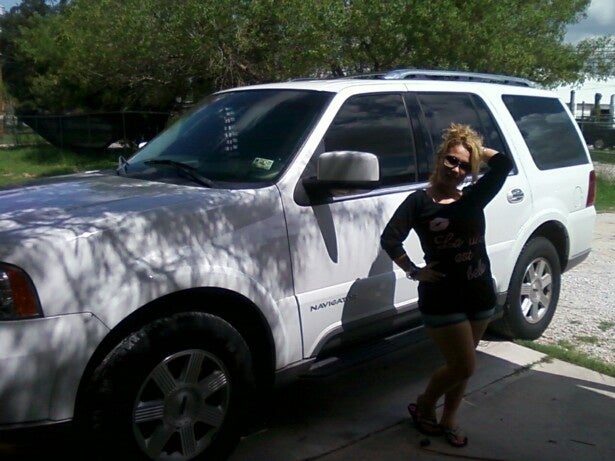 The Michigan-built Navigator underwent a much anticipated redesign for 2003. In addition to considerably improved response, the highlights were a new suspension and chassis.

There were also some exterior and interior revisions: the folding side mirrors are slightly larger, which those who regularly tow especially appreciate. These mirrors feature lights, which come on when the unlock button on the key fob is pressed, to illuminate the area around the vehicle as a safety function.

Perhaps the biggest question mark on the '03 Navigator is why Lincoln didn't improve upon the 5.4-liter, 300-horsepower V8, which was rather widely considered to be underpowered. They obviously did not feel the need to augment the powertrain, even though two of the 2003 Cadillac Escalade's three trims put out 345 horses and 380 lb.-ft. of torque.

Handling is good on this Navigator for what it is â?? a monster - but it just does not compare with a well-handling car. Some of the engineering minds from Jaguar helped to design this vehicle, and it's clearly no slouch.

The 2003 Navigator featured a totally new interior with a symmetrical instrument panel that recalled the 1961 Continental. Like the leather seating surfaces, the soft-touch material that makes up the interior (dash and door panels) had a pebbly grain. The available color schemes were solid black or two-tone parchment with espresso. The elegant accent touches were made of walnut and satin nickel.

There was dual-zone climate control for the front row while the second and third row of seats got separate auxiliary controls. The second row came as two separate captain's-style seats separated by a large console, but a three-person 40/20/40 bench seat was available with no change in cost. Parents of tiny ones appreciate the sliding center portion of that second-row bench option, as it serves to position a baby seat about a foot closer to the front row of seating.

The third row can seat average-sized adults comfortably, although access to it is of course not as ready as to the second row. It is slightly more spacious as far as legroom than its competitors, the Cadillac Escalade and Chevrolet Suburban. Best of all, this third-row seat retracts into the floor with the touch of a button, greatly increasing cargo capacity.
Safety equipment consisted of ABS, rear park assist, a safety canopy airbag system (which covers 65 percent of the window area when deployed), and AdvanceTrac stability and traction control.

Reviewers both professional and amateur praised the '03 Navigator's style and space as well as its precise steering and good handling. The well-designed independent rear suspension helps to eliminate the floating sensation that often affects large vehicles, and this improvement did not go unnoticed.

Constructive criticism still calls for a boost in fuel economy, if that is at all possible, and more realistically a boost in power - the acceleration could be better for such a big truck, especially since its nemesis the Escalade surpasses it by nearly 50 horses. A lack of tie-downs and recessed (grocery bag-type) features in cargo area didn't sit well with some practical reviewers.

A few opinions found that some controls (such as those mounted on the steering wheel as well as the overdrive button, which was inexplicably placed on the back side of the shifter shaft) are not easy to use. The new placement of said shifter in the console area received some nods of approval, however.

What's your take on the 2003 Lincoln Navigator?

Users ranked 2003 Lincoln Navigator against other cars which they drove/owned. Each ranking was based on 9 categories. Here is the summary of top rankings.

Have you driven a 2003 Lincoln Navigator?
Rank This Car

Shut Off The Check Suspension Light

41 views with 12 answers (last answer about a year ago)

My navigator is leaking gas from middle top of tank, is there a way to repair without dropping the tank?

What Does A D With A Circle Around It And Line Through It Mean?

I just bought a 2003 lincoln navigator.the dealership showed nothing wrong with it. I smelled like gas or something then this sybol or something came on and like a oil can symol i think. then when I g...

488 views with 1 answer (last answer about a year ago)

My 2003 Lincoln Navigator won't start. The battery has been tested as in good condition. The starter was replaced but it still won't start. I have power to the lights and radio but can't get it to s...

21 views with 3 answers (last answer about a month ago)