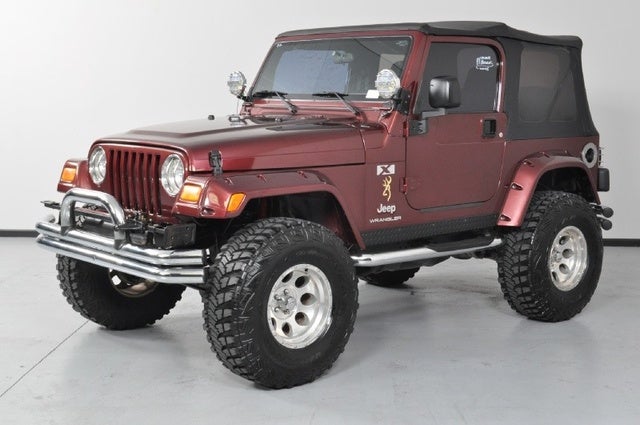 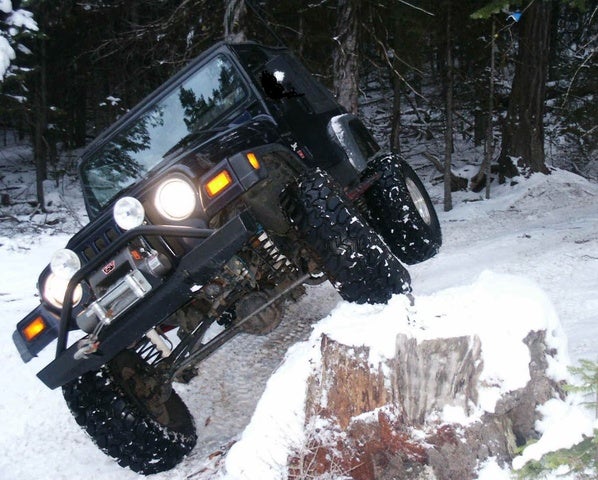 The Rubicon headlined the 2003 Jeep Wrangler lineup, boasting a sturdy off-road suspension, a powerful 4.0-liter, six-cylinder engine, and a Dana rear end. A four-speed automatic transmission was available on all models. Four-wheel disc brakes improved the stopping ability of all models, and the base SE model got a big boost in performance with a new, more sophisticated, four-cylinder engine.

Six trims of the Jeep Wrangler were available for 2003: SE, X, Sport, Freedom, Sahara, and Rubicon. The SE came with a new 2.4-liter, four-cylinder engine rated at 150 horsepower. The new engine delivered 25 percent more horsepower and 18 percent more torque than the previous engine (150 hp @ 5,200 rpm and 165 pounds-feet @ 4,000 rpm). It worked well with the standard five-speed gearbox, which was a new heavy-duty transmission with synchronized reverse gearing and improved shift quality in cold weather. An all-new four-speed automatic was also available.

Wrangler X, Sport, Sahara, and Rubicon trims came with a much more powerful 4.0-liter, six-cylinder engine rated at 190 horsepower and 235 pound-feet of torque. A heavy-duty five-speed manual transmission was standard; the new four-speed automatic was optional. The inline-6 gave up some fuel economy to the inline-4 around town, but the six-cylinder got 19 mpg on the highway. The Wrangler X came with cloth upholstery, upgraded front seats, a fold-down rear seat, full carpeting, AM/FM/cassette stereo, digital clock, padded roll bar, and P215/75R15 Goodyear Wrangler tires.

All models in the lineup include a fold-down windshield, removable doors and top, and a weatherproof interior. Drivers may choose between hard- and soft-top models.

Drivers complain about the lack of storage space in the 2003 Jeep Wrangler and its fair to poor gas mileage, but they love the Wrangler's looks and traction.

Nancy What features did the Lara Croft Tomb Raider edition come with?

Have you driven a 2003 Jeep Wrangler?
Rank This Car

667 views with 7 answers (last answer about a year ago)

Timing belt stripped at red light with engine at idle. I have a 2003 tj with 2.4 l engine. One source says this Chrysler engine is not an interference engine . If this is true there should be no v...

Where do I find the engine descriptions on your website? What is a 14 in a jeep?