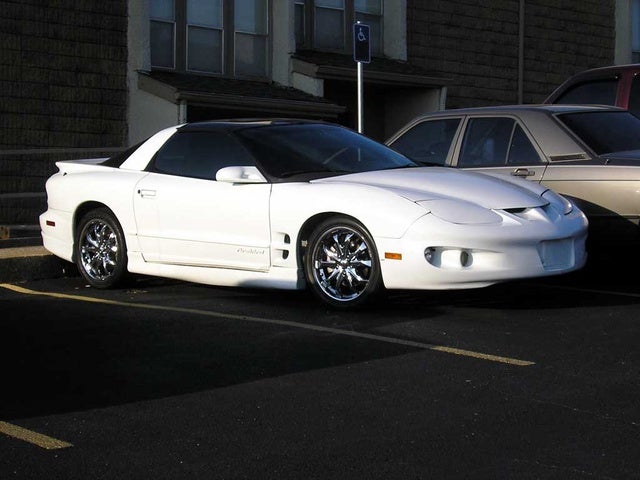 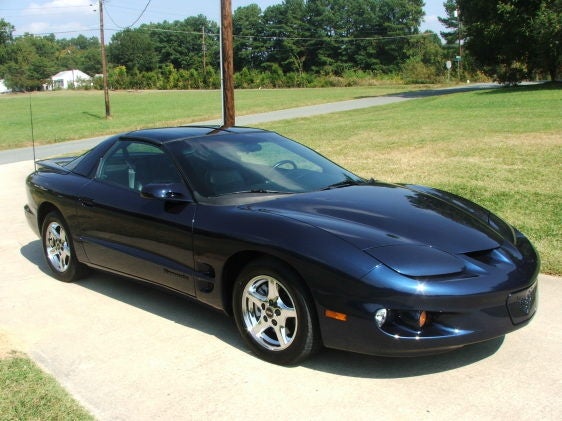 Talk about your anticlimaxes. The Pontiac Firebird unceremoniously disappeared after 2002, representing the death of one of only two continuously produced models from the muscle car era. No grand sendoff party, no last rites, no memorial parade through the streets. Just a special edition 35th anniversary Trans Am car that featured the WS6 engine, performance wheels, and a bumblebee yellow with black trim design. Oh, and power windows, locks, and mirrors were now standard on all models. It's almost the equivalent of getting an unsentimental gold watch at retirement.

Available as a coupe (base, Formula, or Trans Am) or convertible (base and Trans Am), the 2002 Firebird featured three engine choices. Base models had a 3.8-liter, 205-hp V6, plenty fast for the novice driver. The Formula and Trans Am came with a 5.7-liter, 310-hp V8, and the WS6 package on the Trans Am boosted the horsepower to 325. This was the true performance Firebird, one of the fastest on record, with dual exhaust pipes and nostril-like hood scoops for more aggressive bull-snorting action.

Yes, the car once driven by a broad array of people ranging from Jim Rockford, Rocky Balboa, Dwight from The Office, Kevin Spacey in American Beauty, the Hoff in Knight Rider, and even beloved Apu from the Simpsons, the Pontiac Firebird crossed all boundaries of age and gender. It will be missed by several generations of sports car fans who loved its engine power, highway performance, race-car handling, and the cool cockpit feel of slipping behind the wheel. Though it suffered from cheap plastic parts that caused rattles and squeaks, an inconvenient rear spoiler that let water into the trunk, and most notably the unfit-for-human-use backseat, the Firebird served its main purpose admirably -- fun and sexy roadburner for the everyman.

What's your take on the 2002 Pontiac Firebird?

Have you driven a 2002 Pontiac Firebird?
Rank This Car

Does anyone know what makes the motor for the headlight doors actually shut off? There are no microswitches on the bumper stops, so I am thinking there is some sort of torque sensor in the motor.

The car was running good. I stopped and filled up with gas, it was still running good. I drove the car home killed it. I got up the next morning car sounded like a lifter was tapping, but i am not s...

Hi Everyone, The back story: I have a 2002 Pontiac Firebird base model V6 coupe which has an auto trans, ABS track control, & is a rear wheel drive car. I'm hearing a loud like rubbing sound coming I ...

2002 Firebird, Driverside Door Is Beginning To Get Rub And Get Caught On Th...

It makes it hard to open and sometime prevents it from opening at all. No wrecks or fender benders, just started happening. Any ideas?

397 views with 6 answers (last answer about a year ago)