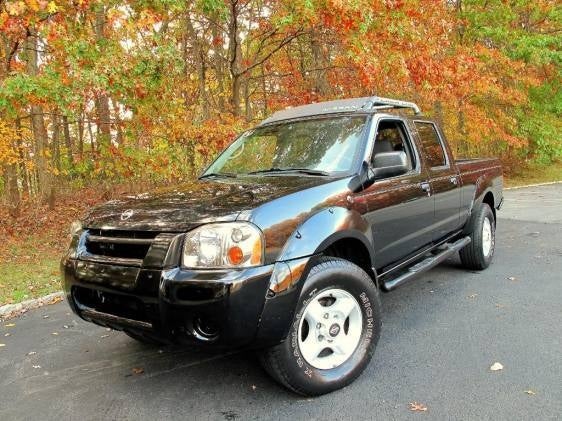 Have you driven a 2002 Nissan Frontier?
Rank This Car

Nice with the new engine and transmission but definitely outdated. You can’t get serius Xm with an extended cab and no apple car play. A lot of road and wind noise on the highway. Not the greatest v... Read More

This truck gets a lot of negative attention because of so-called outdated styling and lack of tech amenities but Im here to tell you this is a great truck it has everything you need and nothing you do... Read More

Love this truck. Easy to navigate, enough room for two sheepdogs and a kid. Wish it had navigation, but I do appreciate the hand crank windows and old school buttons. (Less to go wrong) I can hau... Read More

They are asking to much money for a used truck. Some dealers are selling trucks as if they were new ones. Read More

It was exactly what I was looking for. Unfortunately I was unable to make a purchase at this time because of an illness in the family. Read More

The truck is everything I wanted. I traded in a 2015 for a 2017. I was looking to upgrade with a few more options and less miles. I got a good price for my trade and a good price on my new truck. I’m ... Read More

Nice features.Some are good value some are to high.nothing but needs longer bed.compares to toyota. Read More

This is a truck. The V6 has plenty of power. The 4wd is capable and inspires confidence. The electrical/electronic items it does have are useful without being over-the-top. You still have to drive thi... Read More

Have you driven a 2002 Nissan Frontier?
Rank Your Car →