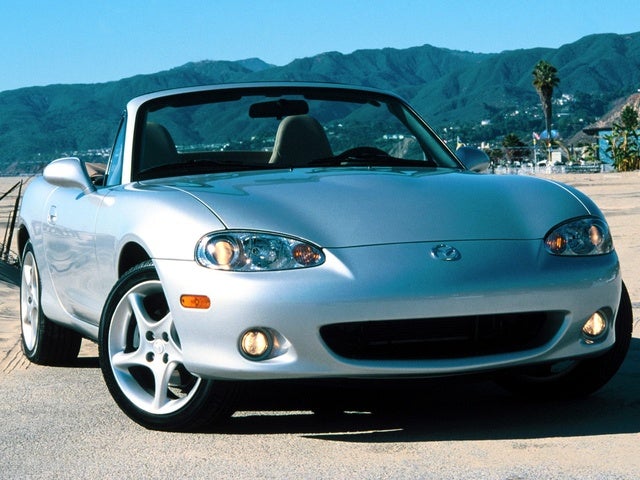 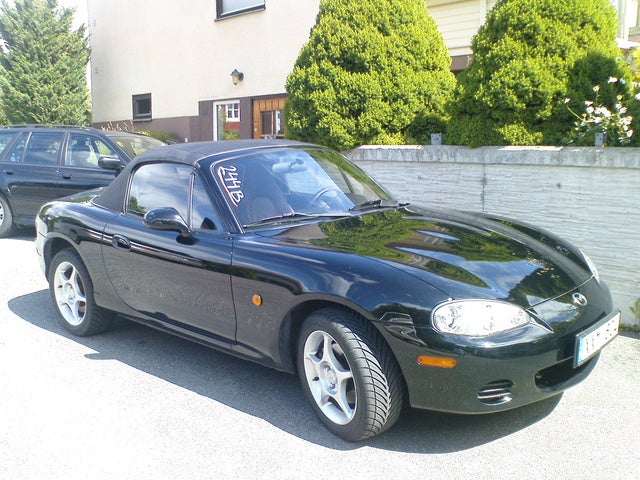 Mazda made only minor upgrades to its popular MX-5 Miata roadster for 2002, with an optional in-dash six-disc CD changer being the biggest news. In addition, a high-end SE (Special Edition) trim package was added during the model year.
The new SE version joined the existing Base and LS trim packages. All Miatas came with a 142-horsepower, 1.8-liter inline four-cylinder engine. A five-speed manual transmission was standard on the Base and LS models, while a six-speed manual was standard on the SE version. A four-speed automatic was optional for all three models.
Standard features for the MX-5 Miata included air conditioning, power windows, dual airbags, and an audio system with a CD player. All models except the Base also received power door locks and cruise control, while the LS and SE versions were equipped with leather seats. All models came with a standard soft top with a glass rear window, while a removable hard top was optional.
There's no doubt that the Miata roadster was popular with drivers, since it was a throwback to the classic British roadsters of the 1950s and '60s, and it offered a definite fun factor to the driving experience. The Miata's handling, styling, and Zoom Zoom factor were cited as positive points by drivers, while the sometimes cramped interior and stiff ride, especially over the long haul, were cited as negatives.

Stutters and dies after driven for about 60 miles and outside temperature is hot. (90 deg) both cooling fans are working. Crank sensor has been replaced. IGN coils and wires replaced. Now the engin...

I have a2002 Miata and my serpentine belt ripped and then I changed it and it ripped again what could be the cause?

I have a nb Miata and my radiator has a leak in it. The top plastic part cracked and spits out coolant and pure white smoke once the car heats up. I noticed that my car overheats after a small dri...

84 views with 1 answer (last answer about a year ago)

I have a 2002 miata. I live in Las Vegas. For some reason if I don't drive my car for 3 or more days, my battery dies. I bought it at autozone and have had to replace it every year! I have had the...