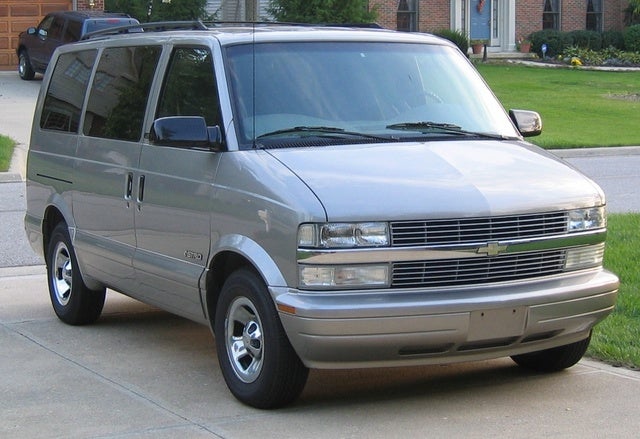 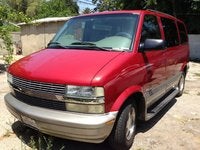 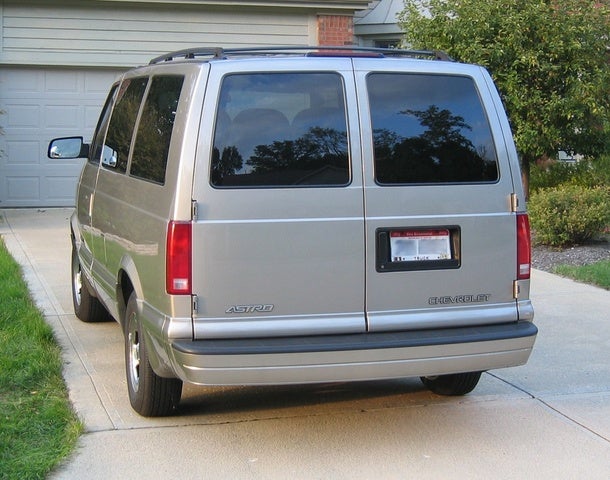 The Chevrolet Astro mini-van made its debut in 1985. It was unique in that it was intended to provide the comfort of a passenger van with the strength of a truck; it had a truck frame, and a 6-cylinder, 190 hp, 4.3-liter engine. It was roomy, too; owner fans gushed about its ability to haul plywood, sheetrock, or many passengers and their gear with ease. It could also tow boats and other large toys.

The 2002 Chevrolet Astro has a sliding door on the
passenger's side and cargo doors in back. You can remove the rear seats to gain more space, but the seats are heavy and best removed by two people working together.

The only significant upgrades Chevrolet made to its 2002 Astro were adding multi-port fuel injection to the engine for better efficiency, and redesigning the catalytic converter to reduce emission pollution. Already, by 2002, it was rumored that Chevrolet was going to discontinue the Astro soon (2005 was its last year).

Many owners love their 2002 Astros, many of them buying Astros again and again over the years. Favorite features are the comfort, space, and hauling capacity. However, 2002 Astros, like their ancestors in previous years, are sometimes plagued
with maintenance problems, ranging from such major items as the transmission and brakes to flimsiness on the interior.

What's your take on the 2002 Chevrolet Astro?

tinkerbellpixi Love the Astro van, wish they were still making them.

Have you driven a 2002 Chevrolet Astro?
Rank This Car

How Do I Open The Rear Doors From The Inside, 2002 Chevy Astro AWD LS Passe...

A ridiculous question but surprisingly hard to google... How do I open the rear doors from the inside, 2002 Chevy Astro AWD LS Passenger?

93 views with 4 answers (last answer about a year ago)

I neglected to have my oil change I had it done last November it's now April on wed van ran funny I too to our mechanic he said 6th cylinder is burnt out vans running ok 5 he said there was no oil ...

I have a 2002 chevrolet astro van and my blower fan is not turning on. I recently replace the blower motor and tested it and it works fine. Also replaced the resistor and got a used climate control...