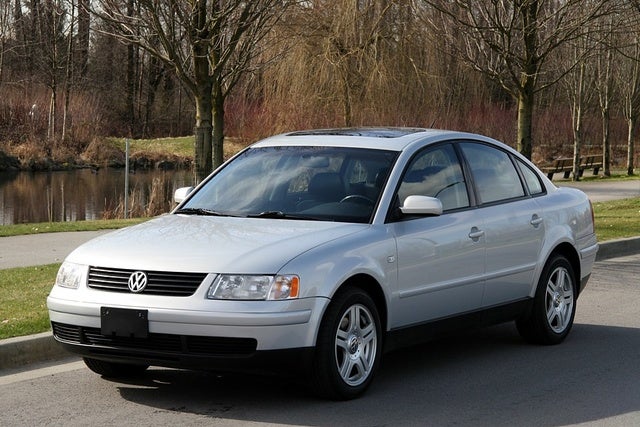 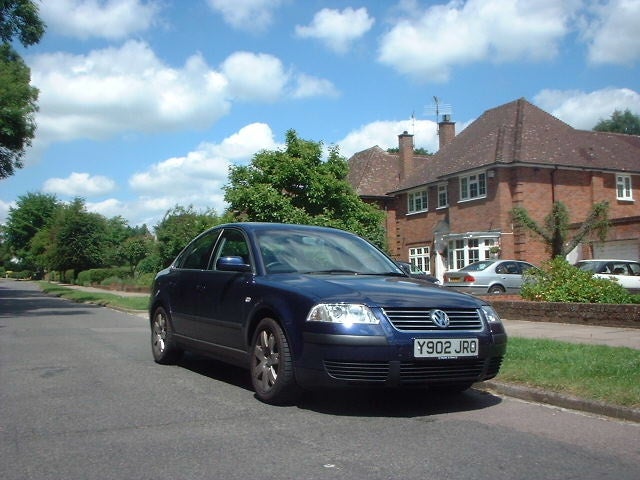 The Volkswagen Passat sedans and wagons started the 2001 model year as essentially the same vehicles that were offered in the previous two years, with a few minor upgrades to freshen them up. But more extensive changes were rolled out mid-year, including alterations to the Passat's interior and exterior.

The new mid-year models came with a redesigned front end, taillights, and chassis on the outside, and updated instrument gauges, center console, and armrests inside. Also new mid-year was the Passat's 1.8-liter turbocharged 4-cylinder engine, which now pumped out 170 hp, up from the previous year's 150 hp.

The Passat was still available in two trim packages, the entry-level GLS and the higher-end GLX. The GLS was available with either the new 4-cylinder or the same 2.8-liter, 190-hp V6 offered in previous years. The GLX came only with the V6. A five-speed manual transmission was standard across the line, while an automatic transmission with the Tiptronic manual shift feature was available as an option.

Standard equipment for the Passat included air conditioning, power windows, power door locks, anti-lock brakes, traction control, cruise control, front and side airbags for the driver and passenger, a keyless entry system, daytime running lights, and an anti-theft alarm system. The GLX package added a sunroof and leather seats (powered in the front), among other features. A new side curtain airbag system was added in 2001 as a standard feature, while VW's all-wheel-drive system, called 4MOTION, was available as an option.

As with Passats in previous years, a large number of drivers complained of frequent, and often expensive, repairs, as well as such problems as sludge in the engine that had to be cleaned out frequently. On the positive side, drivers found the Passat fun to drive, easy to handle, and comfortable over the long haul.

What's your take on the 2001 Volkswagen Passat?

Have you driven a 2001 Volkswagen Passat?
Rank This Car

Car Won’t Start What Should I Do?

My car did not have any oil in it I started it an when I put it in reverse it shut off. I checked the oil there was no oil so I filled it to the line an now it’s trying to start but won’t turn over...

2001 Passat 4 motion with a v6- starts right up, but runs very rough, spits and sputters, no power brakes, will not go faster than 2 mph. I do not have access to a vw scanner. My obd scanner won't ...

Replaced thermostat, coolant temp sensor and coolant flange. The car will run great just pushes coolant out the overflow on the recovery tank then overheats.

I've been having a misfiring issue with my car. I determined it wasn't the coils, I replaced the spark plugs, and also the angle sensor but it's still misfiring. My mechanic thinks that my Cam chai ...