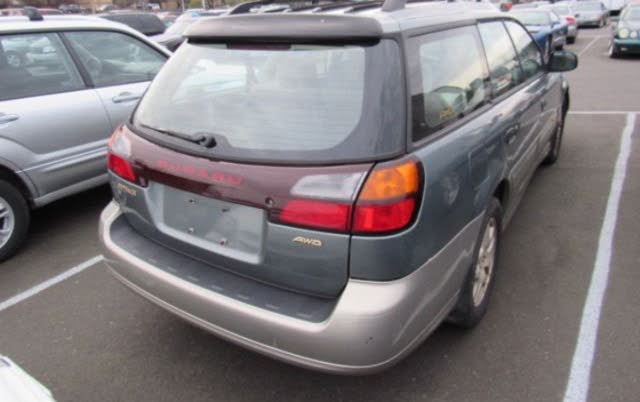 Users ranked 2001 Subaru Outback against other cars which they drove/owned. Each ranking was based on 9 categories. Here is the summary of top rankings.

Have you driven a 2001 Subaru Outback?
Rank This Car

Outback gives you 30 plus MPG ,all wheel drive and at fair price. Also I if in it, Im 65 Read More

Upgraded to 2021 Limited from a 2016 Outback. Like the improvements for the seat positioning options, mirror adjustment integration to driver choice, and of course the touch panel in the middle. Wil... Read More

The Touring trim is extremely comfortable, great tech, and drives like a beauty with the XT. Found a Great Deal with Cargurus to a good dealership, and was happy with how it all worked out. Read More

The Outback is exactly what we are looking for and are not disappointed with our choice. Although it is a mid-size SUV, it doesnt feel and ride like one. Very smooth on the road and handles great. Pl... Read More

Great car, our third Outback. I see no reason to drive anything else. Comfortable, handles well, good mileage. Read More

I love the Outback but it has been my Alaskan dream car for quite a while. It helps me drive safer than the traded-in sports car and it has much higher clearance for the snow. Gobs of safety features,... Read More

Love my car but , the infotainment system is a nuisance!!! Had the factory installed replacement done a little over a year ago and now the system is acting like it is possessed. I can not turn it off,... Read More

good solid car. price for a 2018 was out of our budget Read More

Have you driven a 2001 Subaru Outback?
Rank Your Car →