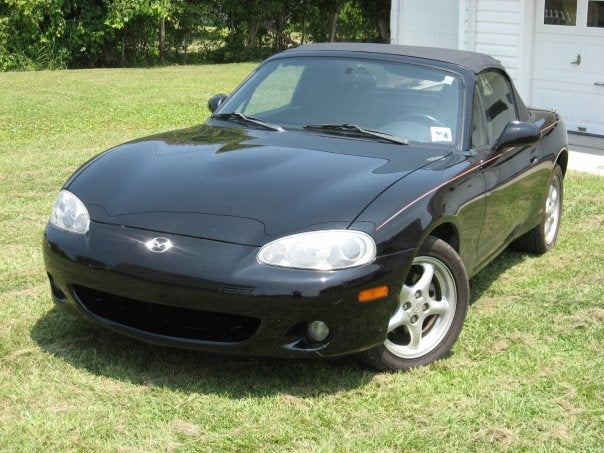 For the 2001 model year, Mazda made improvements to the MX-5 Miata's interior and exterior, as well as its engine. The popular roadster was available in Base, LS, and a limited number of Special Edition packages. All three were powered by a 1.8-liter four-cylinder engine, which received a boost in horsepower to 142. A five-speed manual transmission was standard for the Base and LS models, while a six-speed manual was standard on the Special Edition Miata. A four-speed automatic was optional on the Base and LS models.
Exterior improvements included a redesigned front end, and updates to the brakes and chassis. In addition, new exterior colors were added, and wheels were increased in size from 14 inches to 15 inches. Inside, the Miata received new seats, console, seatbelts, and gauges.
Standard equipment for the Miata included air conditioning, power windows, dual airbags, and an audio system with a CD player. The LS and Special Edition models added power door locks, cruise control, and leather seats, among other features.
The Miata's handling, quickness, styling, and affordability were cited as positive points by drivers, while gas mileage and road noise were among the negatives.

Guru9TLRJ5 LOVE IT ,AND I WANT IT ,I JUST DON'T HAVE ENOUGH MONEY RIGHT NOW TOO PURCHASE IT,MAKES ME SAD

How To Deal In Good Faith?

I have an offer from someone to buy my car under the asking price. The car has only been on CG for two days so I'd like to wait a bit longer to see if more bids come in. My options for a response is...

Towing A Miata On A Trailer

My 2001 Mazda Miatas Engine Just Froze Up, Due To Lack Of Oil,

Can I add engine oil to my 2001 miatas that has froze up?

Crank position sensor is a 3 wire One hole pickup with black, blue and red wires pigtail I need to know resistance and voltage to test my sensor to see if it is bad. Can someone help me Please