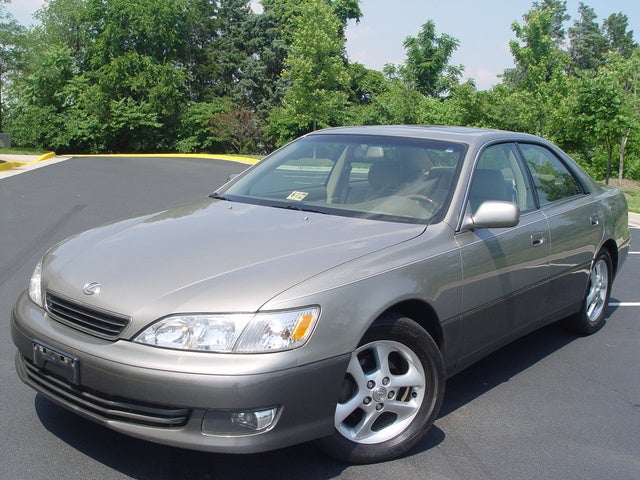 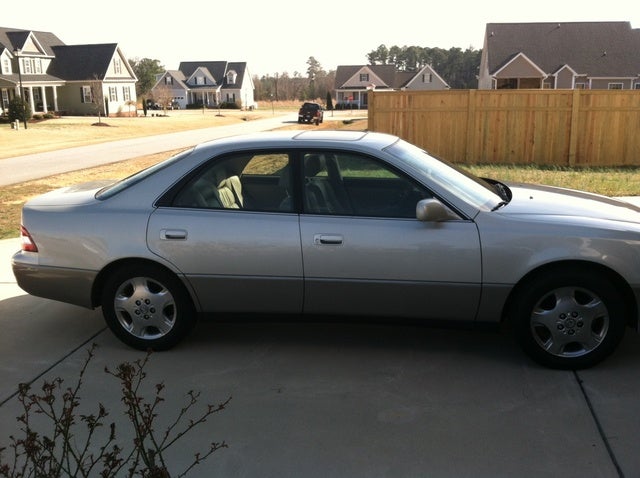 This was the last year of the ES's third generation, and 2001 signified the end of an era for the Lexus sedan. ES series had long been labeled the 'entry-level' Lexus, and for over a decade it had been hampered by its striking resemblance to its commonplace counterpart, the Toyota Camry. By now, the ES 300 had seen an abundance of revisions which intended to set it apart from the Toyota sedan. However, the ES series had always been the cheapest Lexus. WIth the arrival of the more affordable IS series in 2001, Lexus took the opportunity to again rebuild the ES into a more luxurious vehicle. This was the final year of the old ES.
The ES remained largely unchanged for this final year prior to redesign. The only additions were an illuminated trunk release handle in the cargo compartment and child seat anchors in the back. The same 3.0 liter V-6 power plant returned for 2001, again utilizing Toyota's Variable Valve Timing (with intelligence) technology. The engine made 210 horsepower and 220 pound-feet of torque. The ES motored from 0 to 60 in about eight seconds and through the quarter mile in about 16. The VVT-i had also improved the ES's fuel economy, which was rated at 19/26 mpg.
The ES series had long been lauded for its comfort and reliability. It had enough luxury and convenience features to keep most owners satisfied, but even in 2001 many features were still pricey options. Unlike all other Lexus offerings, the ES had no optional navigation system. The ES originally intended as sports sedan, but the car was quickly discovered to be unfit for competition with European rivals. The GS had appeared in the mid-nineties to replace the ES in that niche. However, many owners suggested that most criticism of the ES is mere nitpicking. Always priced on the low end of the scale for mid-size luxury sedans, the ES offered value, comfort, ride quality, and durability.

I just bought a CD and I can’t find the CD player and I know it has one because there are CD’s from the previous owner.

78 views with 3 answers (last answer about a year ago)

Can Anyone Help With A Lexus Es300 Bogging Issue

I have a Lexus es300 that Boggs down only on takeoff. idles great and sometimes feels like its sputtering while getting up to speed. any and all advice would be appreciated.