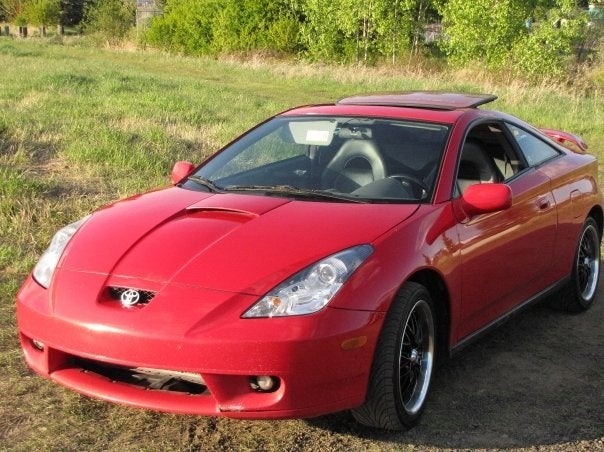 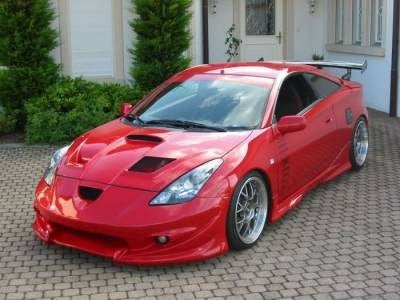 The Toyota Celica was completely redesigned for 2000. The new Celica was lighter, cheaper, and more powerful. The 2000 Celica got a few more angles than the previous generation, but it still maintained the round, sleek shape that has become the Celica's signature. The 2000 Celica also had some new safety features, including an automatic fuel delivery system shutoff when the airbags deploy, a first for any Toyota.

The convertible was discontinued for the 2000 Celica, leaving only the hatchback. The hatchback GT came with a 1.8-liter, 140-hp engine. The GT-S got the 180 horses and was available with a 6-speed manual transmission, a first for the Celica. The GT-S also has distinctive exterior and interior features. The GT engine got about 27/34 mpg, and the GT-S engine got about 23/30 mpg.

The Celica's new style once again proved to be popular with drivers. Toyota received praise for avoiding the conservative look that most of their cars have. Drivers also liked the extra power in the GT-S, although drivers complain that the GT is still too slow. As with Celicas that came before, drivers find the interior to be cramped, especially in the back seat.

Users ranked 2000 Toyota Celica against other cars which they drove/owned. Each ranking was based on 9 categories. Here is the summary of top rankings.

Have you driven a 2000 Toyota Celica?
Rank This Car

Cranks but wint start. I checked the timing its right, it has spark, it has fuel going to injectors but not past the injectors. Sparayed starting fluid in it and still nothing! Help please!

i had replaced my clutch and motor mounts on my Celica now it wont start. At a loss

I have a 2000 toyota celica gts 2zz ge I rebuilt the motor and I'm redling at 7000 rpms and before the rebuild I would get 8500 rpm redline.. my lift also isnt working I did mill the head that's al...

I tried starting fluid and it wont even start on it it seems to not be getting fire.the car has been wrecked and the guy I bought it from said he thought it could be the anti theft.O really dont kno...

My 2000 Toyota Celica Cts Wont Start It Started Then Died Immediatly And Wo...