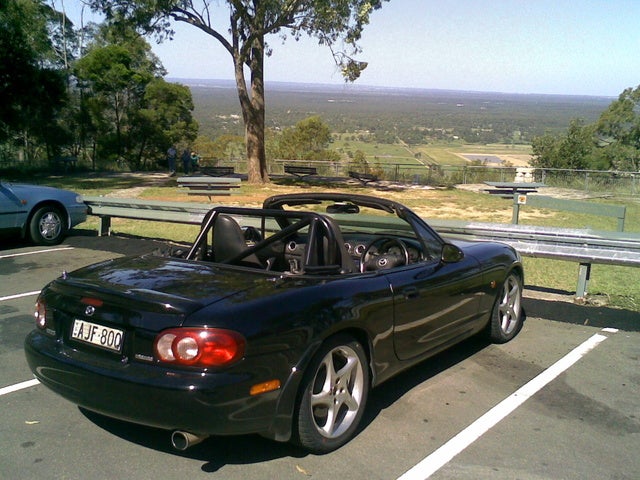 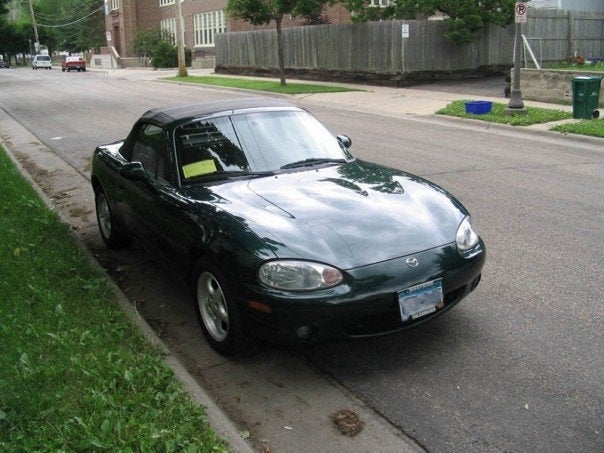 The Mazda MX-5 Miata was available in two new trim packages for 2000. In addition to the Base Miata, LS and SE (Special Edition) models were added to the lineup. All three were powered by a 140-horsepower, 1.8-liter inline 4-cylinder engine. A 5-speed manual transmission was standard on the Base and LS models, while the Special Edition Miata came with a 6-speed manual transmission. A 4-speed automatic was optional on the Base and LS models.

The most common comment from drivers was that the Mazda Miata was fun to drive, with a quickness, sporty styling, and responsive handling that appealed to lovers of sports cars. On the downside, drivers noted that the interior could be cramped, as expected on a car this size, and that the car lacked high-end options. On the other hand, the Miata had always been appreciated for its simplicity, so perhaps the lack of luxury options was by design rather than negligence.

Users ranked 2000 Mazda MX-5 Miata against other cars which they drove/owned. Each ranking was based on 9 categories. Here is the summary of top rankings.

Okay so... I just bought a car from a kid. Really good deal just based on the price he gave me and the excellent body condition of the car. For reference, I rebuilt a 1992 NA Miata a half year prio...

How Do U I Get The Gearshift From Stuck In Park?

Is The Front Spoiler Lip Necessary?

I'm trying to determine if the front spoiler is mechanically important to the car? In 11 years I have repaired it 3 times and am now considering replacing it? Thanks for your advice!

Went to start it yesterday morning, and completely dead. Tried to jump start and nothing. Charged it all day and finally got fully charged. Headlights came on, nothing else, no dash lights, wouldn't...