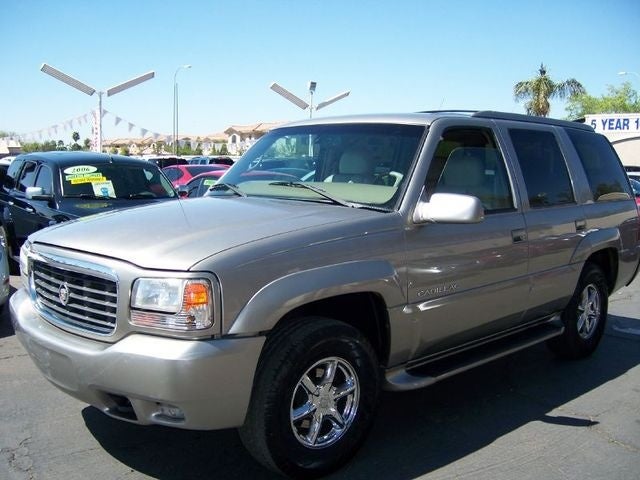 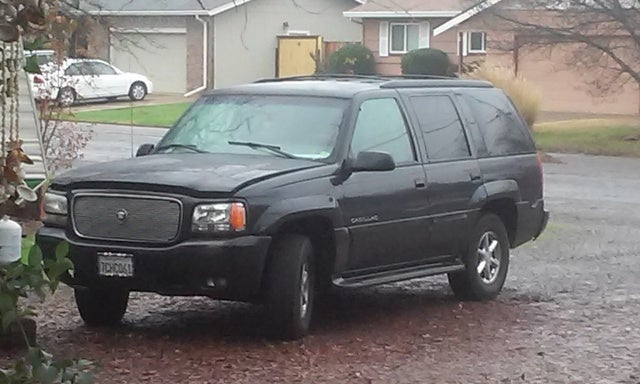 Ever seen those websites where they show high school photos of celebrities 'before they were stars'? While the Escalade has blessed its owners with street cred since its inception in 1999, the 2000 edition represents the metaphorical caterpillar that settled into its cocoon for a year before re-emerging as a butterfly in 2002. The 2000 Escalade comes in one AWD trim that uses a 5.7 L, 255 hp V8 engine with 4 speed automatic transmission. Besides re-designed rear cargo doors, you won't find much of a difference from the 1999 model.

As with just about all Escalades, the '00 edition gets major style points but spends its gas miles a bit like a trophy wife with an unlimited credit line on 5th Avenue. Keep in mind that models from 2002 on have more powerful engines and significantly more passenger room than the first generation of Escalades. However, if you don't need the newest features but still want to say you own an Escalade, the 2000 edition offers nice enough features at a reasonable price.

What's your take on the 2000 Cadillac Escalade?

Have you driven a 2000 Cadillac Escalade?
Rank This Car

Hello, My escalade wont start sometimes and im not sure why. I would say it starts 8 times out of 10. About 3 of the successful starts it sounds a bit strange for the first minute or so, almost lik...

How To Pull Codes Without Scan Tool

Why My Right Brake Light Does Not Come On

2000 Cadillac EscaladeV8 4wd Right rear brake light does not come on. All others are good. Checked bulbs, fuses, relays, connections. Still not working.

1999 Cadillac Escalade - Automatic Headlamp System Does Not Work, What Coul...

How to reset computer because truck won't stay started