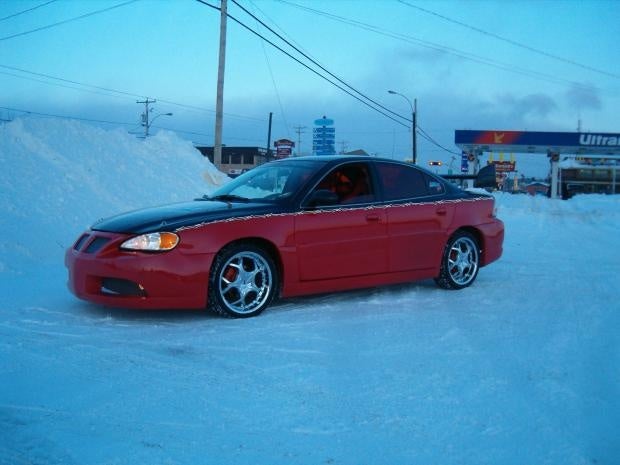 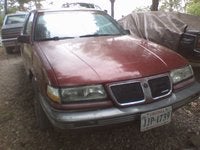 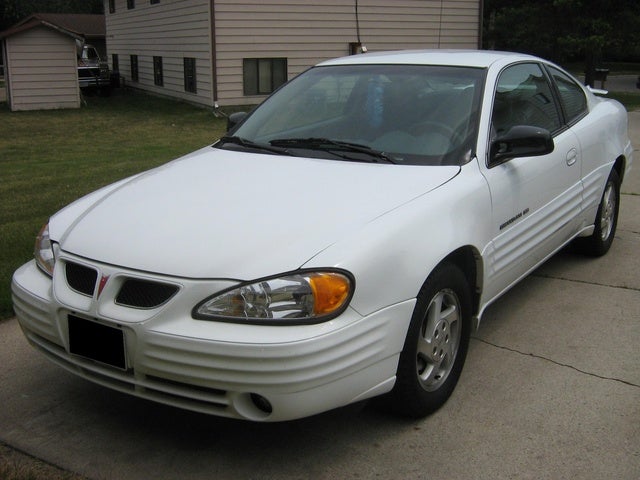 As though ambushed by the Extreme Makover crew, the 1999 Pontiac Grand Am gets a new body, more Grand Prix-like styling, and a whole new set of trim styles for its fifth generation. Though shorter in overall length, a longer wheelbase and pushed-out wheels help provide a sturdier, more stable ride. Bigger front brakes add extra safety, and an all-new stiffer chassis with four-wheel independent suspension guarantees less highway shudder than previous models. New ribbed lower cladding and body-colored moldings beef up the attitude and sporty styling. The interior has also been reworked, with a whole new dash design and seats that are set higher for better comfort and visibility.
Still available as a coupe or sedan, the 1999 Grand Am adds some new trim names, whose differences lie mainly in their standard feature offerings. SE and SE1 share the old 2.4-liter, Twin Cam, 150-hp I4 engine. The SE2, GT, and GT1 are powered by a new 3.4-liter, 170-hp V6. Only a 4-speed automatic transmission is available in 1999. Standard across the line are ABS brakes, traction control, power locks, tachometer, and daytime running lights. A rear spoiler, cruise control, and power windows are added as you go up the line.
The looks and style of the 1999 Pontiac Grand Am earn praise from owners, who like the new engine power and improved acceleration response. Traction control has also been improved. Unfortunately, the Grand Am is still saddled with a long list of repair problems, including the quickly worn brake pads and rotors, and a new problem with window regulators. Overall build quality is heavily criticized. More minor complaints focus on the poor cupholder placement and a not particularly roomy interior.

Have you driven a 1999 Pontiac Grand Am?
Rank This Car

Cars compared to 1999 Pontiac Grand Am

I have a coolant leak on my pontiac Grand Am. I checked the hoses from the reservoir and the radiator but I can’t see where it could be leaking from those. Looking underneath it looks like it drip...

MY CAR TEMPER LITE KEEPS COMING ON THEN GOES OFF

TEMPATURE GAUGE KEEPS GOING IN RED THENCOOLS BACK DOWN

I'm having a problem with the one I recently purchased and wondered if anyone has encountered this and found the solution, as it seems a mystery to anyone trying to diagnose it. 3 times now the car ha...

What Will Interchange W My 99 Grand Am 3400 Starter

1999 Pontiac Grand Am Trims For Sale