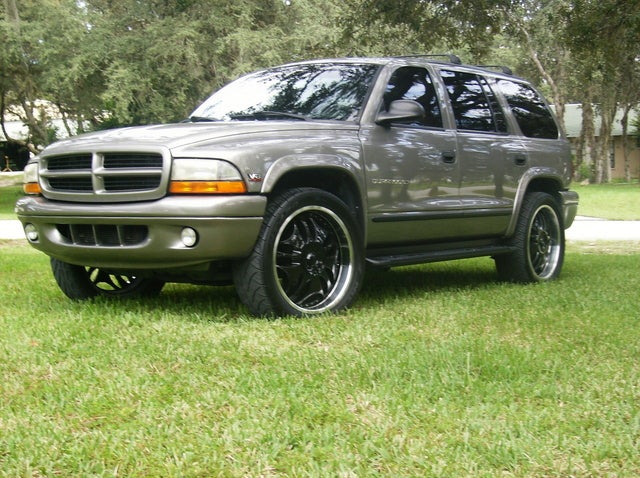 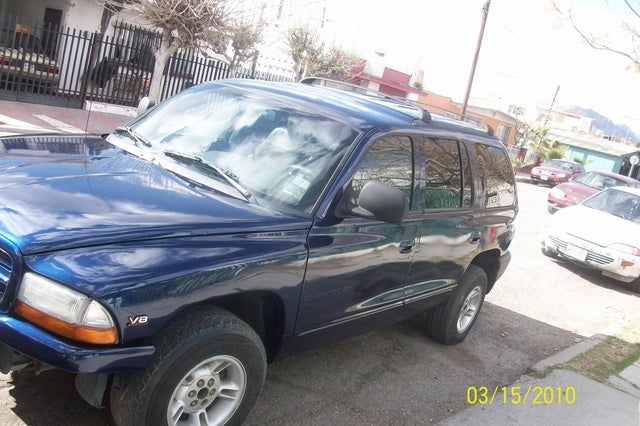 Dodge cheated a little bit and classified their Durango as a compact SUV, even though it's closer in size to some of the full-size SUVs out there, just so they could say it's the biggest, most powerful SUV in its class.

Well, offering a 5.9-liter, 245-hp V8 engine that can tow up to 7200 pounds, it definitely is the most powerful SUV in its class, which includes the Ford Explorer. And it looks like a brute too, more truck than SUV, which makes sense, since it was based on the the Dakota pickup, which itself was based on the full-size Ram pickup. But don't be fooled by its gruff exterior. It is actually easy to maneuver, with good cornering and a sturdy frame.

In 1999, the Dodge Durango introduced a 2WD version to go along with its 4WD. In addition to the on-demand 4WD, you could pay extra for a 4WD that worked on dry pavement. Also new in the 1999 Durango is another engine choice, the 3.9-liter, 175-hp V6. A retooled overhead console and dash controls on the steering wheel were added to the interior. All models came standard with power windows and locks, tilt steering, cruise control, rear climate control, and the inevitable nine cupholders.

You'll make friends quickly with your local repairman, say Durango owners, who complain about problems with the transmission, ball joints, and brakes. You'll also make friends with your local gas pump, as the mileage, like in any SUV, stinks. Still, most owners rate their Durangos highly, because of its beefy look, storage capacity, spacious interior, the comfortable third-row seating, and its easy handling.

shawn318l Nice truck, awesome power, and torque great towing capacity, lots of space, very reliable lots of storage.Bad on gas but if you do't mind spended money at the pump then this truck perfect for for you.

Users ranked 1999 Dodge Durango against other cars which they drove/owned. Each ranking was based on 9 categories. Here is the summary of top rankings.

Have you driven a 1999 Dodge Durango?
Rank This Car

Hey well i have a durango year 1999 and ive been having problems with it, yesterday i bought a new battery for it because i thought the old one was completely not working but as i put the new batte...

How Do I Change The Price

How do I change the price of my car for sale.

Can I Et Keys Replaced

1999 Dodge Durango Has To Be Charged Every Morning?

My 99' Durango has to be charged if it sits 24hrs or longer. Charges right up' tired of charging everyday.