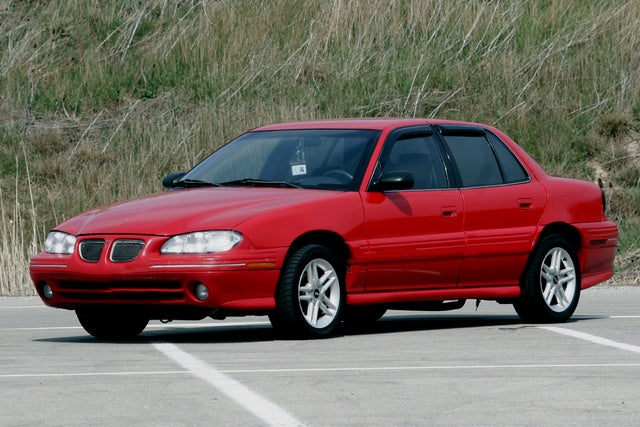 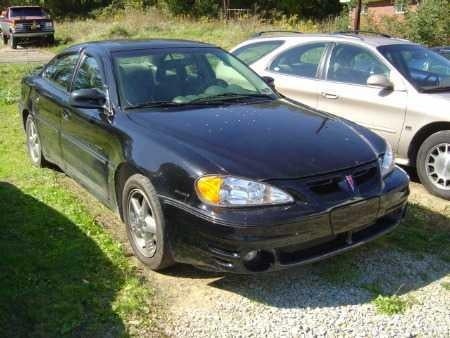 How does a car with so many problems continue to be Pontiac's top seller for so many years? Perhaps because its flaws are outweighed by excellent highway performance and handling and a comfortable interior, according to 1996 Grand Am owners.
For 1996, the Pontiac Grand Am gets more aggressive styling, with a new front end, including a new grille and headlights. Taillights and some body trim also get a new look. Inside, the dash has been redesigned, with the parking brake moved to the center console from the foot well. Now standard on both SE and GT models are ABS brakes, dual front airbags, anti-theft locks, variable effort power steering, and daytime running lights, in addition to the already standard power locks and fog lights.

A new Twin Cam 2.4-liter I4 engine replaces the now defunct DOHC Quad 4. It hits 150-hp and is paired with a 5-speed manual or optional 4-speed automatic. It is standard on both SE and GT trims. The optional 3.1, 155-hp V6 is unchanged in the 1996 Grand Am and still only comes with the auto tran. A new feature is traction control, which comes bundled with the auto tran option.
The 1996 Pontiac Grand Am is a roomy family sedan that also makes a good commuter car because it drives well and has decent fuel economy, while still loaded with sufficient creature comforts. Drivers like its highway performance, sporty handling, and the sleek styling of the coupe. The Grand Am has suffered from a long list of repaithe car holds up well over the years, they note significant problems with the intake manifold, steering column, and early brake wear. There is also annoying rattling and squeaking from the dash, despite its redesign.

Laura This is a nice little car um I got for my boyfriend and haven't had any problems with it. It runs really good really good on gas and get you from A to B. perfect car if you ask me but I've always liked pontiac :)

cadsux My first car was a '96 Pontiac Grand Am SE coupe with the V6. It drove and handled well, with nice muscular stance not found in competitors like the Ford Contour or the Honda Accord. Sadly, at less than 50,000 miles, I had to divorce it because of issues. The intake manifold seals leaked, a repair which costed around $3,000 at the time. This was a common problem with GM's pushrod engines where dis-similar engine metals would expand/contract differently, causing the seals to break. About 1 month after this repair, the front right wheel partially attached during a freeway drive. That was the last straw.

Have you driven a 1996 Pontiac Grand Am?
Rank This Car

Cars compared to 1996 Pontiac Grand Am

96 Grand Am Will Start Then Dies Immediately

96 grand am then it dies has anyone had this problem . it's got to be electrical . cam Spencer or ignition or something else please help

What Can Happened If U Drive Ur Pontiac In 3rd Gear?

What can happened if u drive ur 1996 pontiac grand am in 3rd gear for about 6 miles before u notice it?? Once u notice it then u shift up to drive..

What Make And Model Rims Will Fit

I have a 1996 Pontiac grand am gt and trying to find out what other makes and models will match my lug pattern the 2000 rims off a grand am don't fit so if anyone knows what will please let me kno...

Brakes are out, also the brake peddle goes all the way to the floor & don't work. Just curious on what this issue could be. . Thanks

I have a 96 Pontiac grand am. And the anti theft light is on! I can start the car but it will die immediately! Do I need to get another key or ignition switch??

1996 Pontiac Grand Am Trims For Sale