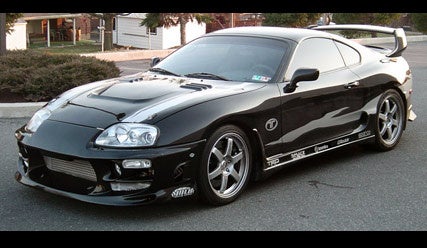 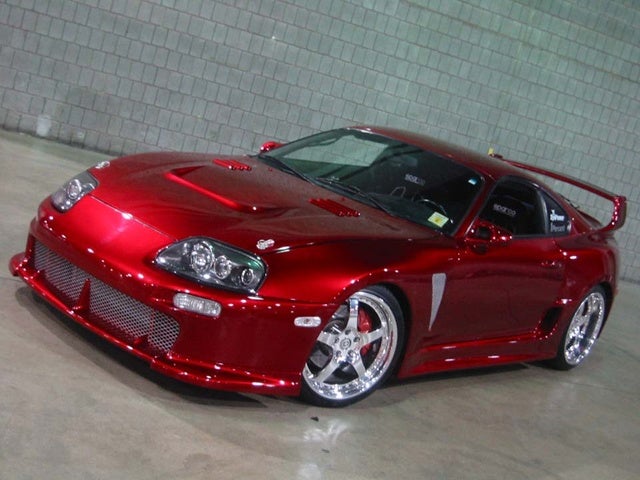 The 1994 Toyota Supra is a "fast and furious" car: it was featured in the movie with the same title. It is a strong sports car with a devout collector following. Even though Toyota has stopped making the Supra, existing units are highly sought-after in the market place, resulting in great residual pricing.

The 1994 Toyota Supra did not change from the previous model year.

The 1994 Toyota Supra had a 3.0-liter, six-cylinder engine with 220 horsepower. The turbo came with a twin turbo-charged engine with a 320-horsepower engine and a six-speed manual transmission. For fuel economy, the 1994 Supra got about 17 to 23 miles per gallon.

Drivers love the 1994 Toyota Supra for its looks and performance. Although the turbo gets the most raves, drivers who don't need as much power also love their base Supras. The car is powerful on its own, but enthusiasts claim the MK 4 Supra is one of the most easily and cheaply modified cars around, and with customizations the car can reach 1500 horsepower. Drivers complain that the car is too heavy and the interior is cramped.

Have you driven a 1994 Toyota Supra?
Rank This Car

My husband owns a 1994 supra TT. Today one of my horse saddles fell off a shelf and dented the front fender and left a horrible scuff mark on it!!! How much would it cost to get quality body work do...

Is It Possible To Put A Passenger Airbag In?

Heys boys, im very interested in buying a 1994 supra but can only get it if i am able to put a passenger airbag in it, it already has a drivers airbag. is it possible ??

What Is The Stock Motor In The STD 94 Supra? And What Is The Difference Bet...

im trying to buy a Japanese spec supra from someone and im not entirely sure he knows what hes talking about as far as the car's engine is concerned. i need these questions answered so that i may ma...