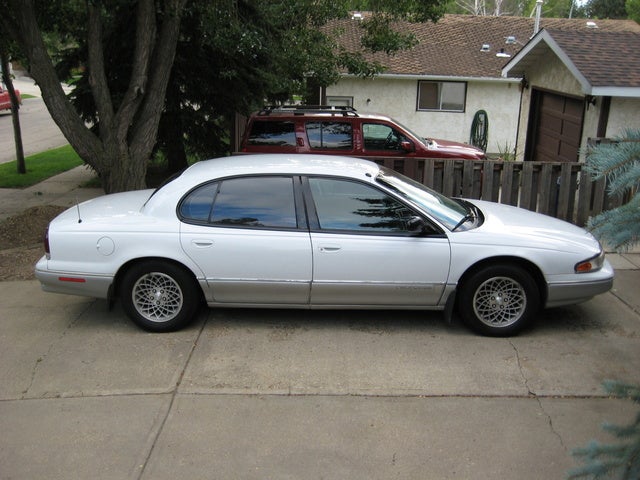 Have you driven a 1994 Chrysler New Yorker?
Rank This Car

Great When It Doesn't Break Down By Tomasz

I love the looks of this car, the style, the performance is good as well, but when it breaks down you can imagine how hard it is to diagnose it and repair in Poland with less than 10 such cars in the ... Read More

love the car it is the most pimp car ive ever owned rollin on 20s and bumpin the system pretty good on gas and she has almost 200000 miles on her cant complain had it for bout 4 yrs now and still good... Read More

I love the body style (cab forward) with areodynamic front end and the interior with the built in travel computer is also great. Upgraded sound system rocks, but the front end suspension has a design... Read More

Great Value For The Price. By PRIVATE_OWNER

This has been my favorite car for the last 18 years. I bought the 93 because I survied a head on crash in my 92, the car was totaled but I'm still alive. Never felt saver in a car. Great on long tr... Read More

Had this car for about 6 months. Got it for free, and fixed it up. Never any mechanical issues, except for the starter sometimes wouldn't engage, but click the key a few more times and it would work. ... Read More

The End Of An Era By Nick

Everything about this car I loved. Even it's little foibles. It handled decent for in city driving. Got up and moved when I wanted it to. And it wasn't that expensive to run either if you learned to w... Read More

Have To Love The Burgandy Plush Velvet Seating... By Benjamin

OK this was my 1st car i purchased for $1000. It was a good purchase i think. The car was a boat and it had some cool stuff for being a 1991 - powered windows and seats, digital dash board, plush inte... Read More

Have you driven a 1994 Chrysler New Yorker?
Rank Your Car →