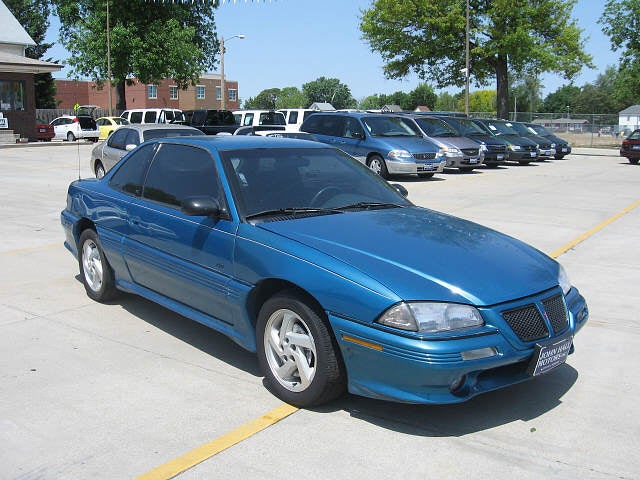 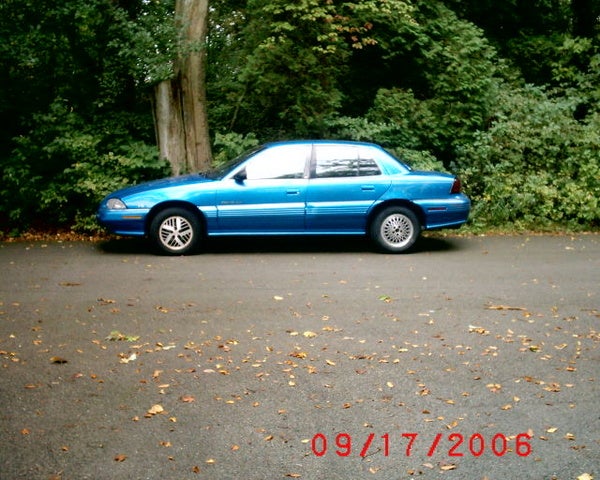 Though classified as a compact car, the 1993 Pontiac Grand Am was really more mid-sized, with a 103-inch wheelbase, and plenty of front and back room for four adults. It was a basic commuter or family car that performed adequately for everyday use and always got rated highly by owners for its sporty and easy handling.
Few changes were in store for the 1993 Grand Am. In an effort to reduce engine noise in the Quad 4, Pontiac made some revisions that downgraded horsepower by 5. This means the SE's 2.3-liter I4 now got 115-hp and the GT's high output DOHC version got 175-hp. The optional 3.3-liter, 160-hp V6 remained unchanged. All engines were coupled with a 5-speed manual or optional 3-speed automatic. Standard features were minimal on both the SE and GT, but included ABS brakes, power locks, and fog lights, while the GT coupe added on a tachometer and lighted entry. Some popular options were leather trim, split-fold rear bench seat,cruise control, and a power driver's seat. A rear spoiler was optional for the coupe.

1993 Grand Am owners seem to agree that both the sedan and coupe have comfortable seats and adequate roominess. The high output Quad 4, though causing a lot of repair problems, gives nice power and pickup, and the road handling is top-notch. Gas mileage is also a bonus. Many owners are disappointed with the reliability and build quality of the Grand Am's engine, and others report early brake wear.

Have you driven a 1993 Pontiac Grand Am?
Rank This Car

Cars compared to 1993 Pontiac Grand Am

My car was fine drove it to park and home when leaving for work an HR. Later it would not start it makes a click sound all lights come on and everything

The Bolt That Holds The Bracket To The Motor Suport On The Engine Where The...