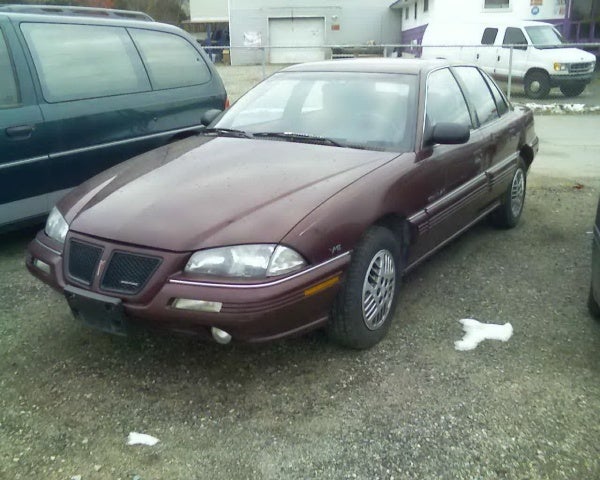 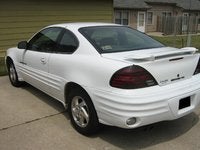 The 1992 Pontiac Grand Am gets a new platform design for its fourth generation, the N platform, shared with the Buick Sklyark and Chevy Corsica. A new engine and trim names also accompany the refreshed "swoopier" and longer body design.

Coming in either a base SE or GT coupe or sedan, the 1992 G6 had three engine choices. The SE came standard with a 2.3-liter, SOHC, 120-hp I4, while the GT's four-cylinder engine was a high-output DOHC Quad 4 that put out 180 hp. Both came standard with a five-speed manual or an optional three-speed automatic. With the automatic, the Quad 4 only got 160 hp. A new 3.3-liter, 160-hp V6 was an option for the GT, the first V6 in a Grand Am since 1987. Also new in 1992 was standard ABS and power locks across the line. The sportier GT also includes Rallye gauges and foglights, but neither trim comes with many standard features.

The 1992 Grand Am was longer, but didn't add anything to the interior room space. With seating for four, and fold-down rear seats to increase trunk capacity, the Grand Am's spaciousness was one of the high points for owners. They like its sporty handling and instant pickup, as well as the Quad 4's performance on the highway. The seats are comfortable, and most owners like the curvy style. On the negative side, the Quad 4 seems to encounter a lot of problems, causing multiple repair shop visits. Blown head gaskets are common. Low headroom for tall people and peeling paint on the exterior are also common complaints.

Have you driven a 1992 Pontiac Grand Am?
Rank This Car

Cars compared to 1992 Pontiac Grand Am

Interchangeable Parts For A 1992 Pontiac Grand Am

1992 Grand Am Car Stuck In Park, Brake Lights Not Working

Car starts up fine but won't shift out park. Worked fine until the other day now can only shift gears if I put ignition in first position and the brake lights won't trigger when the brakes are pres...

Where Is Flasher Located On 1992 Grand Am Quad 4? Can't Find Behind Instru...

Does anyone have diagram of where the turn signal flasher is?

can some one help me to find a solution :) please ?

Where Is The Starter Located On A 92 Pontiac Grand Am