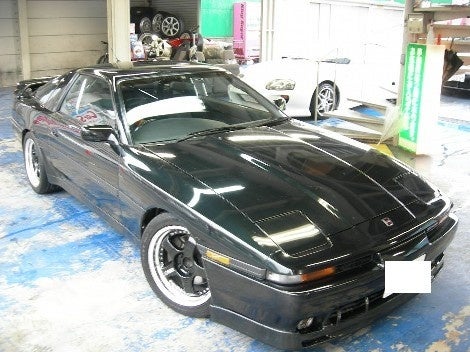 Have you driven a 1991 Toyota Supra?
Rank This Car

I love my car. It had more than the Porsche and cheeper. I wanted a toy and I got one. Love it Read More

Terrible car, can’t even cruise the block with the windows down without getting the worst wind buffeting imaginable. Read More

You know what you get when you buy a Supra. Rough on the daily. But unlined fun and joy like no other. Luxurious enough interior. Modern electronics, (wish it did have ventilated seats). Fast from a ... Read More

just an all round great car fast and furious end off!!! racing the looks the speed the thrill no understeer no oversteer if driving the right way.... this car is so fun fun to drive i love this car... Read More

I Love The Car By PvtSours

This car is very fast but not made to drive every day. I use it on weekends to earn a little extra money on the weekends. Very fun to drive and a lot of power under the hood. sounds great under accell... Read More

This was The Car for 1997, nice, reliable, and fun to drive. but when it brakes down you better have a back up plan cause parts for this car more likely have to be order, and parts can be expensive Read More

Most Impressive Dream Car Ever Built. By Aveste99

This is the most fun you will have driving. The raw power of the engine will throw you back into your seat. These are rare and iconic sports cars that should be pampered. Toyota knows how to build ... Read More

I Love My Supra Twin-turbo By Stephen

The Supra is an all around great sports car. Handles nice, plenty of power and at the current power level, 420 hp is plenty of power my needs. It's very comfortable cruising around town, or on the... Read More

Not the greatest low end outta the 2j toyota has definatly made a beautiful car here and none the less even tho it lacks a bit of power its still fun as hell to drive. The handeling in these things ... Read More 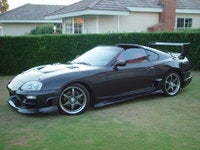