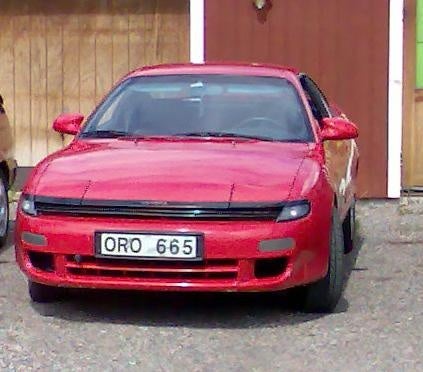 Average user score
4.3 ⁄ 5 stars
Based on 45 reviews
1990 Celica Alltrac Turbo by Adrian — In 1990 WRC rules stated that in order for a manufacturer to run a car in the WRC rallies, it had to be based on a production model currently on sale. Thus the celica alltrac was born. With its 3sgt... Read more
Great Inexpensive And Reliable Starter Car! by Jean — I bought this car in 2003 after graduating high school and working fast food/going to college. I paid maybe $3200 but its 2011 now and it's still running. This car (knock on wood) has never left me st... Read more
Great Vehicle, Wish I Owned It When It Was Brand Spanking New, But For Its Age, Kicks A Ton Of Ass. by Anthony — FWD, 2.2 Liter Inline4, 140 HP/140 Lbs. of Torque. Nice Acceleration and overtake. Built solid for being 20 years old, engine is still very strong, needs some work. Exterior has minor scratches and de... Read more 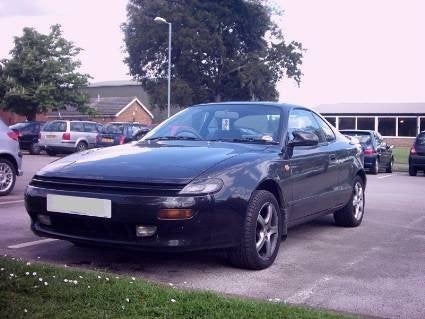 In 1990, Toyota released the fifth generation of the Celica. The new car was markedly different in styling, featuring a very rounded appearance. The engines were also revised across the board. Anti-lock breaks were standard in the 1990 Celica, and the high-end All Trac was available with even more options.

The 1990 Celica was criticized for being too curvy, which was not a common look among cars of that era. However, drivers today love the car's appearance because it is not outdated. Drivers also appreciate the car's superior cornering ability and typical Toyota longevity. Many drivers of the 1990 Celica have had to service the air conditioner, and owners complain that the back seat is very small.

angelgirljan Love it!! ♥I bought the Celica GT brand new in 1990, it is still running beautifully and though I recently got a BMW 328i- I still love my Celica GT! Came home tonight to a note on my Celica windshield....an inquiry as to whether I would sell my car!

Have you driven a 1990 Toyota Celica?
Rank This Car

What Motor To Put In My Celica

What If Your Brake Light On The Dash Stays On But Its Dim?

My brake light on my dash stays on constantly. It brightens up if I pull the emergency brake up but when I release the brake it dims a little but dont go off. What can I do to make it go off or do I n...